"We Need to Rethink Old Dogmas"

Born in Iran and now based in London, Ziba Mir-Hosseini is one of the most well-known scholars of Islamic Feminism. In this interview with Yoginder Sikand she talks about the origins and prospects of Islamic feminism as an emancipatory project for Muslim women and as a new, contextually-relevant way of understanding Islam 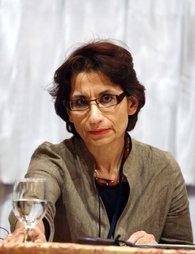 "Feminism is a kind of path that can be followed by everyone – regardless of gender, sex, race, faith and other differences among us." Ziba Mir-Hosseini, social anthropologist and Islamic feminist

​​In recent years, a number of Muslim women's groups have emerged across the world, struggling for gender equality and justice using Islamic arguments. Most of them are led by women who come from elitist or, at least middle class, backgrounds. Many of them seem to lack a strong popular base. How do you account for this?

Ziba Mir-Hosseini: I think the majority of the women who are writing and publishing about what is popularly called 'Islamic feminism' are definitely from the elite or the middle class. But then, globally speaking, feminism has always had to do with the middle class, at least in terms of its key articulators and leaders. I believe that Islamic feminism is, in a sense, the unwanted child of 'political Islam'. It was 'political Islam' that actually politicized the whole issue of gender and Muslim women's rights. The slogan "back to the shariah" so forcefully pressed by advocates of political Islam in practice meant seeking to return to the classical texts on fiqh, or Muslim jurisprudence, and doing away with various laws advantageous to women that had no sanction in the Islamists' literalist understanding of Islam.

It was this that led, as a reaction, to the emergence of Islamic feminism, critiquing the Islamists for conflating Islam and the shariah with undistilled patriarchy and for claiming that patriarchal rule was divinely mandated. These gender activists, using Islamic arguments to critique and challenge the Islamists, brought classical religious texts to public scrutiny and made them a subject of public debate and discussion, articulating alternative, gender-friendly understandings, indeed visions, of Islam. That marked the broadening, in terms of class, of the fledgling Islamic feminist movement. 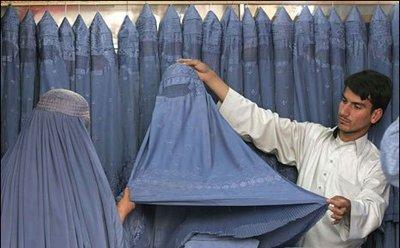 ​​But, that said, I am not sure how far the Islamist feminist discourse has been able to effectively reach out to and influence the so-called "grassroots". One heartening development, however, is the emergence of a number of NGOs working with Muslim women who are using this discourse and relaying it further, using Islamic and human rights frameworks to stress the need for gender equality and justice in Muslim communities.

Surely it isn't possible to bracket all Islamists together. There is a large diversity of opinion, including about women, even among Islamists. Some of them do at least sound less regressive than others on women's rights.

Mir-Hosseini: That's true, of course. But, for all Islamists the gender issue is of paramount significance. One of their main claims to legitimacy, which they all seem to share, is their critique of the West, a central plank of which is a moral vision that rests on strengthening the family. They don't say that women have no rights – after all, the language of political Islam is also one of rights. Rather, they claim that Islam gives women all the rights they need, though, what this actually means for women is, for all practical purposes, the same patriarchy.

The tension between Islamic feminists and patriarchal Islamists is as acute as that between the former and many fellow feminists, who believe that Islamic feminism is an oxymoron and that, in fact, it will only strengthen the Islamists in the long-run with its use of Islamic, instead of secular, human rights, arguments. 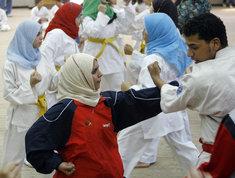 Contradictio in terminis? Many feminists believe that Islamic feminism is an oxymoron and that it will strengthen the Islamists in the long-run with its use of Islamic, instead of secular, human rights, arguments, Mir-Hosseini explains

​​A number of NGOs working with Muslim women, including some prominent ones that are engaged in articulating what could be called an Islamic feminist discourse, rely heavily on Western funding. Doesn't this further open them to the accusation of being 'tools' in the hands of what are branded as 'enemies of Islam'?

Mir-Hosseini: It certainly leaves them open to that oft-hurled charge, but then anyone who works for gender justice, even if she doesn't depend on foreign money, is quickly branded with the same label! So, what other option do they have? The fact of the matter is that many Muslim women live in undemocratic contexts that lack strong civil society institutions that can support the sort of work they are engaged in. This forces many NGOs working with Muslim women to fall back on Western funding agencies. After all, the oil-rich Saudi Wahhabis are certainly not going to fund NGOs working for justice and equality for Muslim women, even if these are articulated in an Islamic paradigm. But that said, those women's groups who, for lack of any other alternative, are forced to depend on Western funds, must be clear that they don't become their puppets.

With just a few notable exceptions, the key articulators of Islamic feminist discourse are all non-Arab Muslims. Does that strike you as strange, given the marked tendency among many Arabs – and many non-Arab Muslims as well – to see the Arab world as the "heartland" of Islam?

​​Mir-Hosseini: Yes, most of the cutting-edge writing and publishing on Islamic feminism is happening at the so-called "periphery" of the Muslim world, outside the Arab belt – in countries like Iran, Indonesia, and, of course, among Muslims in the West. Interestingly, much of this publishing work is happening not in Arabic, but in languages such as English, Persian and Bahasa Indonesia. I think political conditions in the Arab world are simply not conducive for such discourses to be publicly articulated. Doing this could well cost you your life. You could easily be branded as an apostate and killed.

The focus of many key Islamic feminist NGOs is the reform of personal laws in Muslim contexts that militate against women's equality. Do you see this as a somewhat narrow focus? After all, personal law is not the only problem that many Muslim women face? For many of them, gruelling poverty, for instance, might be an even more pressing concern.

Mir-Hosseini: I think the issue of gender relations within the family – which is what personal laws are all about – actually relates to the core of power in society at a broader level. Since the family is the basic unit of society, only if there is justice and democracy within the family can you possibly have justice and democracy in the wider society. In other words, the key to democratizing the whole society is to democratize its basic unit, the family, and for this legal reform is crucial. 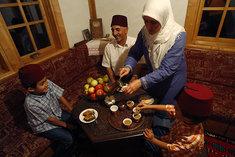 ​​Are Islamic feminists simply arguing for the same ends as secular feminists but by using Islamic arguments?

Mir-Hosseini: For me feminism is both a consciousness that women suffer discrimination at home, at work and in society and in life because of their gender, as well as action to do something about this. So it is a striving for justice and equality for women in a just world; it is a frame of mind and a way of life, a kind of path that can be followed by everyone – regardless of gender, sex, race, faith and other differences among us.

But justice and equality are contested and relative concepts, in the sense that they mean different things to different people in different contexts. There is also an epistemological side to feminism, it is also a knowledge project; in the sense that it tells us how we know what we know. Feminist scholarship in Islam as in any other religious tradition has a lot to offer to both the understanding of religion and the search for justice. But feminism, as an ideology, as a movement, as well as a knowledge project, in order to grow and not to become dogmatic, needs to have a critique from within.

In the 1970s and 1980s, Black and 'Third World' feminists provided that critique; for instance, Audre Lorde's criticism of mainstream feminist literature of the 1960s for its focus on the experiences of white, middle-class women and their values; Chandra Mohanty, with her seminal article "Under Western Eyes: Feminist Scholarship and Colonial Discourse" offered a potent critique of the complicity of feminism and colonialism. Such criticism helped feminism to grow theoretically and become more inclusive.

What could secular feminists learn from Islamic feminists? Do you personally agree with the overall secular feminist critique of the notion of the complimentarity of the sex roles that underlies general Muslim understandings? 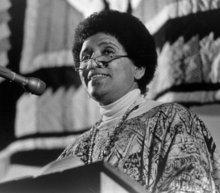 Expanding the feminist mindset: Audre Lorde criticised mainstream feminist literature of the 1960s for its focus on the experiences of white, middle-class women

​​Mir-Hosseini: I would certainly insist that we all can learn from each other. As for the notion of complementarity of sex roles, I passionately disagree with the way it has been conceived and articulated by dominant Muslim discourses. It is simply a new and "modern" way of justifying inequality and discrimination, but expressed in a language that can fool women and Muslims.

But then, feminist theory has now come to appreciate that the kind of equality that basically entails a purely legal or formal reversibility of roles does not bring women real equality. Women do not start from the same starting point in life as men, and they are not on a level playing field, so we need a new concept of equality that takes into account difference. The fact is that neither are all women exposed to discrimination nor do they experience it in the same way; race, class, education, ethnicity, being part of the 'third' or 'first' world – all these factors matter. Men are as oppressed as women in many situations, and are sometimes are dominated by them.

There has been a shift in feminist theory from formal models of equality to what is now called substantive equality – there is now a big debate going on, and Muslims need to take part in this debate. We need to rethink old dogmas, both religious and feminist, and this is where we can learn from each other.

Ziba Mir-Hosseini is the author of numerous books on the subject, including Islam and Gender, the Religious Debate in Contemporary Islam (Princeton, 1999). She is presently associated with the Centre for Islamic and Middle Eastern Law at the School of Oriental and African Studies, London.

Interview with Asra Nomani
'Gender Jihad' in the Service of Women's Rights
The 44-year-old US writer Asra Nomani is viewed as a prominent representative of "Gender Jihad". For the former Wall Street Journal reporter, there is no contradiction between Islam and feminism. She spoke to Alfred Hackensberger

END_OF_DOCUMENT_TOKEN_TO_BE_REPLACED
Social media
and networks
Subscribe to our
newsletter