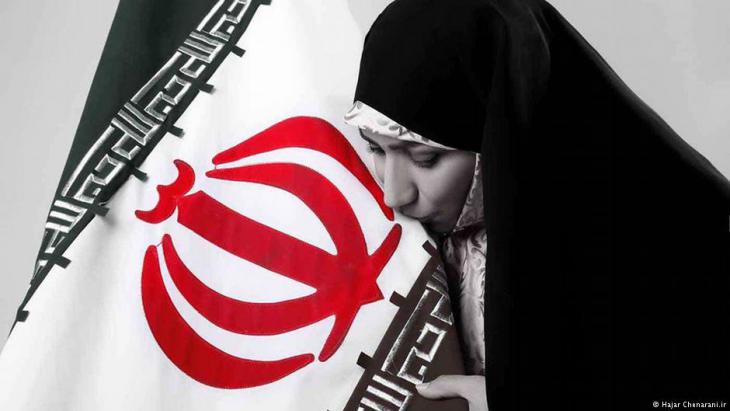 Iran and Saudi Arabia are more than just two regimes, they are also two societies. And these are fundamentally different. Charlotte Wiedemann assesses the differences, from their fundamental attitude to life, to the pace and scale of modernisation

Are Iran and Saudi Arabia uninhabited regions, without citizens, without societies? These days, people frequently talk about both these nations as though they were solely comprised of their regimes and nothing else. This restricted view then sketches two equally unpleasant systems obsessed with religion, locked in a rivalry that is barely surprising, since these are two similar entities wrestling with one another.

And, following on from this logic, these similar entities essentially only attach importance to the one thing that really divides them: their denomination – Sunni and Shia.

Yet if we take a step back, another picture emerges. Here, we see two societies that are modernising at very different rates and in which, despite some related social and economic problems, the most important aspects are fundamentally different: attitude to life, historical awareness and the emphasis – or otherwise – on civil society.

Ruptures in the framework of family-centric cultures

Having recently returned from Saudi Arabia, it occurs to me how something that happens so frequently in Iran, rarely occurs there: young women, inquisitive and urbane, approach a foreign woman such as myself, with questions about where I'm from and where I'm going, keen to engage in conversation. Saudis of the same age appear more reserved, self-centred, perhaps more insecure.

In both nations today, an educated young generation is prevalent; defying all the stereotypes, in both Iran and Saudi Arabia, more women than men are graduating from university. They also have the following in common: a high divorce rate, indicating ruptures in the framework of family-centric cultures, with more divorces being filed by women. 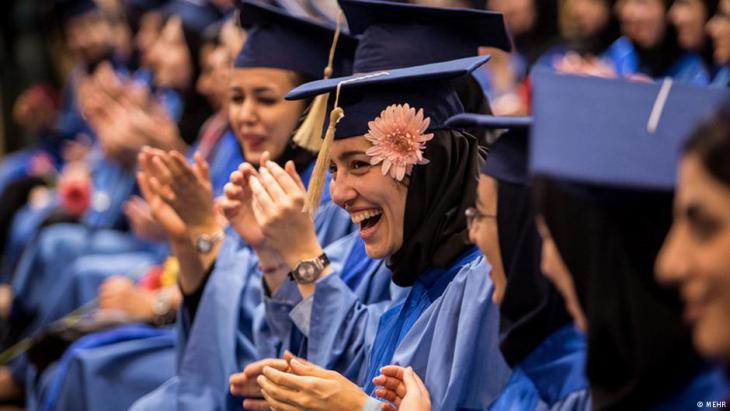 "In Iran the female population has rapidly changed everyday culture through its hunger for education and professional activity. Iranian women are so present in contemporary public life that in the last presidential election, their votes were actively courted by every candidate," writes Wiedemann

In both countries, the situation of women is an indicator of change – but with what feels like an interval of half a century. A bizarre guardianship law applies in Saudi Arabia, which means women are wards throughout their lives. There is resistance, but thus far only from a small minority.

In Iran on the other hand, the female population has rapidly changed everyday culture through its hunger for education and professional activity. Iranian women are so present in contemporary public life that in the last presidential election, their votes were actively courted by every candidate. Although Iranian women complain of persistent discrimination, to equate their status with that of their Saudi sisters would be insulting.

In both systems, certain freedoms can be purchased. The rich have bars and swimming pools, whether in northern Tehran or behind the walls of Saudi villas. In both nations, the ominous morality police have recently been brought to heel – perhaps now viewed as obsolete in both places in view of the upheavals caused by economic crises and the foreseeable finite nature of oil.

But in Saudi society, religious extremism is far more endemic than in Iran. The Kingdom tops a list of countries posting the most pro-IS tweets. And the complete absence of religious freedom was especially noticeable to me during Ramadan, when thousands of non-Muslim migrant workers – Filipinos and Nepalese – also obeyed fasting rules in public. Churches and synagogues are not tolerated here, something that would be inconceivable for Iranians. 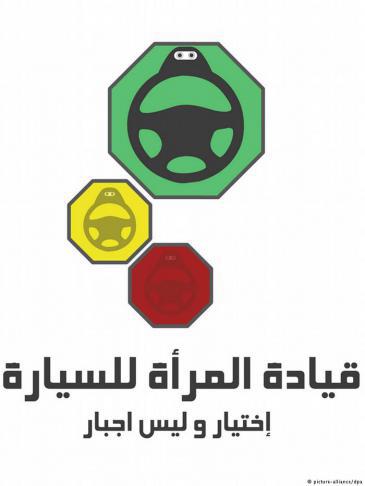 Fighting the social isolation of Saudi women: female Saudi activists against the driving ban have a virtual supporter base, but this does not compare with the millions of people who follow an arch-conservative female preacher. Most male Twitter stars in Saudi Arabia are also religious

Young Saudis are Internet savvy; the Iranians have been for a long time already, having demonstrated how to create channels for self-expression beyond state media or clerical censorship. But today in both nations, the Internet also mirrors the political and religious battle for hearts and minds. No longer the sole domain of free spirits or dissidents, it has served as a stage for conservatives and hardliners for some time.

Female Saudi activists against the driving ban have a virtual supporter base, but this does not compare with the millions of people who follow an arch-conservative female preacher. Most male Twitter stars in Saudi Arabia are also religious.

Being ′of an era′

The thing that divides the societies of Saudi Arabia and Iran most clearly, is something I refer to as 'being of an era'. Iranians derive their national pride first and foremost from the pre-Islamic era, from a millennium during which their culture was taking shape. The Saudis, on the other hand, regard the time before the Prophet Muhammad stepped on their sandy stage as a dark, pre-civilised era. Perhaps they can therefore only interpret the Iranian pride in the erstwhile Persian kingdom as an expression of Tehran's contemporary striving for hegemony.

When the state of Saudi Arabia was founded on the nation's current territory in 1932 (after two smaller predecessors), the Iranians had already begun a constitutional revolution, established a parliament, debated a constitution and founded trade unions.

Modernisation came late to Central Arabia with U.S. oil companies and this was limited to material and technical advances. The Iranians, on the other hand, remained locked in battles for independence throughout the 20th century. They nationalised their oil in 1953, a move that was punished by a putsch orchestrated by the U.S. and Britain.

The 1979 Revolution was part of a long series of repeatedly new attempts at change that continue to resonate to this day. This long period of struggling for civil rights and intellectual advance is completely alien to Saudi society, with the exception of a few great minds.

Iran's attempt post-1979 to export a revolutionary Islam – a move that also focused on its Sunni neighbours – remained a paper tiger. The Saudis, on the other hand, conducted reactionary missionary work during the same time period, carrying their Wahhabism to the farthest corners of West Africa and Indonesia.

Iran's Supreme Leader Ali Khamenei recently called Saudi Arabia a "backward tribal society" and went on to say that in Iran, 40 million people had voted in an election.

Many Iranians, even if they are not supporters of the regime, are likely to identify with Khamenei's assessment. They are greatly insulted at how Donald Trump vilifies them and extols the Saudis.

In her latest exhibition in Japan, Farzaneh Khademian depicts figures who seem detached from their surroundings. In interview with Qantara.de, the Iranian photographer and painter ... END_OF_DOCUMENT_TOKEN_TO_BE_REPLACED

The catastrophic human rights situation in Bahrain is being largely ignored by the rest of the world. Despite all the damning evidence, which includes a Human Rights Watch report ... END_OF_DOCUMENT_TOKEN_TO_BE_REPLACED

Talks to salvage the 2015 Iranian nuclear deal have entered their eighth round in Vienna. Even if a deal is struck and some of the sanctions are lifted, the state of the Iranian ... END_OF_DOCUMENT_TOKEN_TO_BE_REPLACED

Every year in December, the team at Qantara.de takes a look back at the articles that proved most popular with our readers. This year is no different. Here is a run-down of the ... END_OF_DOCUMENT_TOKEN_TO_BE_REPLACED

Four musicians – two Iranian, two Indian – have created an album of music inspired by the poetry of Rumi. Like the poet's works, the album advocates tolerance, inclusivity and ... END_OF_DOCUMENT_TOKEN_TO_BE_REPLACED

END_OF_DOCUMENT_TOKEN_TO_BE_REPLACED
Social media
and networks
Subscribe to our
newsletter