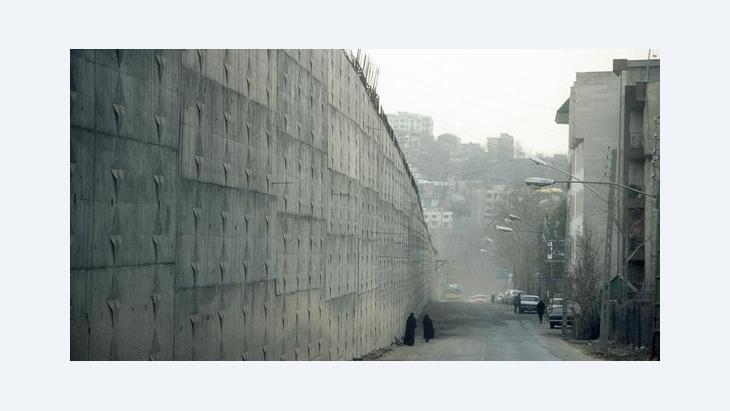 Iran before the Elections
Hunger Strikes and Love Letters

﻿Four years after the Green Movement protests in Iran and right before presidential elections there, repression against political prisoners and their families is increasing. Maryam Mirza and Marcus Michaelsen report

As the campaign hots up ahead of the president elections in on 14 June, the situation for political prisoners and the pressure of the state on civil society continues unchanged. Following the repression of protest against the manipulation of the last elections in summer 2009, dozens of reformist politicians, civil rights campaigners and journalists are still in prison; many other have left the country.

Among them is Kaveh Kremanshahi, who had been campaigning for the rights of women and the rights of the Kurdish minority. He was placed in investigative detention for more than three months in early 2010, for most of which he was in solitary confinement. Shortly after he was sentenced to four years in prison, he was able to flee the country, and he now lives in Berlin. 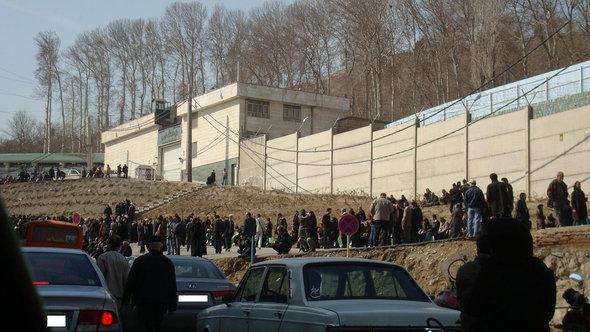 Evin Prison is noted for its political prisoners' wing, where prisoners have been held both before and after the 1979 Iranian Revolution. Due to the number of intellectuals that the prison housed, it was nicknamed "Evin University"

​​"During the interrogations, they threatened me repeatedly with the death sentence," he says, "and they tried to push me to commit suicide." He managed to resist by continually repeating to himself that under no circumstance should he regret his commitment to human rights and freedom.

"Aside from that, I thought about the fact that I was not alone," he recalls, "and that many others had been in a similar or even worse situation, and that they still were."

﻿The feeling of being buried alive

The journalist Vahid Pourostad has interviewed political prisoners from the three decades since the Islamic Revolution for a series of articles. He works now for Radio Farda, which broadcasts from Prague, but he himself was once in Evin prison: "Everyone who has ever been in solitary confinement has the same feeling: that of being buried alive."

Solitary confinement is intended to break the prisoner: "There's no contact to the outside world, the prisoner is kept in absolute silence."

The Iranian security services use the technique as a way of getting prisoners to confess and to implicate themselves and others. Following the protests in 2009, Iranian security personnel and secret service agents used maltreatment and torture to "prove" that suspects had been planning to overthrow the regime with the involvement of Western secret services.

But the authorities were also after information about alleged sexual offences involving other activists or even prominent reformist politicians. The hardliners would publish such "confessions" in their media and use them as the basis for further persecution.

Blackmailed by the government

Prisoners are put under further pressure even after they've been released – for example, through high bail bonds or the forfeiting of the family's real estate. 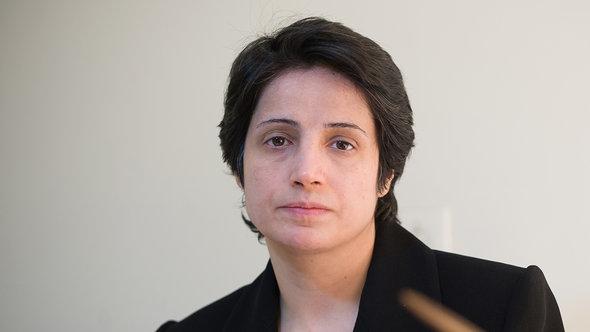 Defiant human rights defender: The imprisoned lawyer Nasrin Sotoudeh issued a statement saying that almost a third of the family members of her fellow-prisoners were subject to persecution by the justice system or by the security apparatus. In 2012 Sotoudeh was awarded the European Parliament's Sakharov Prize for Freedom of Thought

​​Many withdraw from political activity and stop making any public statements in order to protect their family. Sometimes they are followed even after they have gone into exile: last year, the security services arrested members of the family of a journalist with the BBC's Persian service and forced him to be interrogated over the Internet.

The imprisoned lawyer Nasrin Sotudeh held a seven-week hunger strike last autumn to protest against the collective punishment of political prisoners' families. Her husband found himself subjected to pressure from the security services because he was speaking out about her case.

In addition, their twelve-year-old daughter was prohibited from leaving the country. Sotudeh issued a statement saying that almost a third of the family members of her fellow-prisoners were subject to persecution by the justice system or by the security apparatus.

Another method of resistance is the publication of letters on the Internet. These tell of the conditions in prison and the political positions of the prisoners, but they also document the strength of their feelings towards their families. Mostafa Tajzadeh, a reform politician who has been in prison for four years, for example, has been holding a wide-ranging, moving correspondence with his wife.

She wrote a letter directed to the daughter of the Supreme Leader Ali Khamenei, in which she complained that even under the Shah – seen in the Islamic Republic as the epitome of dictatorship and oppression – prisoners and their families were not subject to such persecution.

﻿Forced head-down into a toilet

Other prisoners have written directly to Khamenei – but they have never received a reply. Their letters often lead to a worsening of their prison conditions. In August 2010, the student activist Abdollah Momeni reported in detail on abuse in Evin, but when he refused to sign a falsified confession, the guards forced him head-down into a toilet, so that he almost suffocated in the excrement. A year later, he was charged additionally with spreading lies. 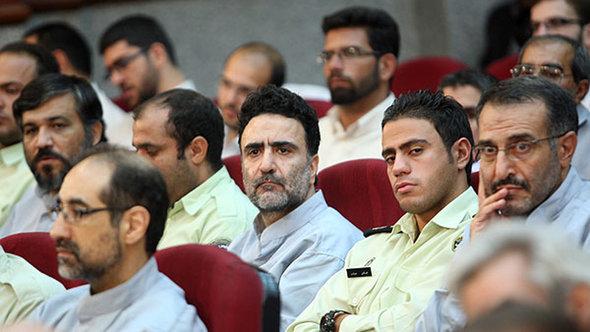 ​​As the next presidential elections approach, the situation of the leaders of the Green Movement has also become a topic. Ever since they called for solidarity with the Arab Spring in February 2011, Mehdi Karrubi, Mir Hossein Mussavi and his wife Zahra Rahnavard have been put under house arrest, accused of incitement to "rebellion" – the regime's name for the election protest of 2009 – but so far without a trial. Their children only rarely receive permission to visit them; if they reveal any information about their parents, they are punished with a ban on future visits.

Circles close to Khamenei have made it clear that it is not likely that conditions will be relaxed before the elections. The minister for the intelligence services, Heydar Moslehi, has warned several times of a new conspiracy. In early March he announced the discovery of a network of 600 journalists at home and abroad who were allegedly engaged in anti-Iranian agitation.

Trade union leader Mansur Osanlu says that international attention by media and human rights organisations is very important for political prisoners. Osanlu spent five years in prison and suffered severe maltreatment there. He told the exile website iranwire.com, "If it hadn't been for the international pressure, they would have killed me."

Home
Print
Newsletter
More on this topic
Roxana Saberi: ''The Syrian Situation Is Sending a Message to the Iranians''Iran in the Run-up to Presidential Elections: Electoral Poker in TehranIranian Journalists under Pressure: Arrest or Exile
Related Topics
Democracy and civil society, Human rights, Iran's Green movement
All Topics

Iranian author Fariba Vafi is adept at describing everyday scenes and concealing within them something ambiguous, in parts strange and grotesque. She writes novels – which have ... END_OF_DOCUMENT_TOKEN_TO_BE_REPLACED

In her latest exhibition in Japan, Farzaneh Khademian depicts figures who seem detached from their surroundings. In interview with Qantara.de, the Iranian photographer and painter ... END_OF_DOCUMENT_TOKEN_TO_BE_REPLACED

The catastrophic human rights situation in Bahrain is being largely ignored by the rest of the world. Despite all the damning evidence, which includes a Human Rights Watch report ... END_OF_DOCUMENT_TOKEN_TO_BE_REPLACED

Talks to salvage the 2015 Iranian nuclear deal have entered their eighth round in Vienna. Even if a deal is struck and some of the sanctions are lifted, the state of the Iranian ... END_OF_DOCUMENT_TOKEN_TO_BE_REPLACED

Every year in December, the team at Qantara.de takes a look back at the articles that proved most popular with our readers. This year is no different. Here is a run-down of the ... END_OF_DOCUMENT_TOKEN_TO_BE_REPLACED

END_OF_DOCUMENT_TOKEN_TO_BE_REPLACED
Social media
and networks
Subscribe to our
newsletter