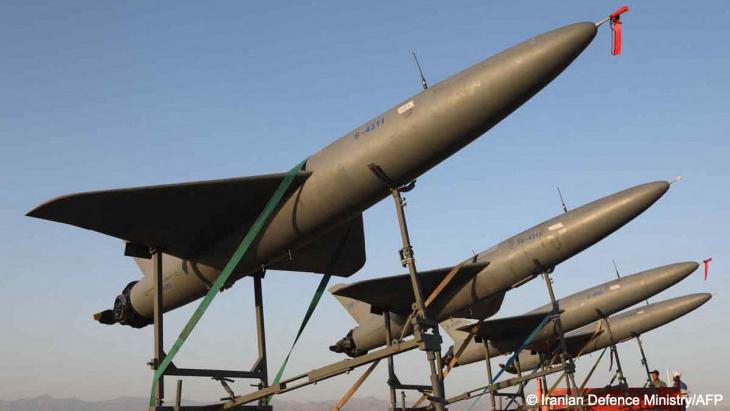 Missiles fired from Iran targeted bases of an exiled Iranian Kurdish opposition group in neighbouring Iraq on Monday, killing at least one person and wounding eight, local officials said. It was the latest in a series of such attacks in recent weeks.

The casualty number from Iran's salvo in the northern province of Sulaymaniyah in Iraq's semi-autonomous Kurdish-run region was not immediately clear.

Korosh Nosrati, an official with the opposition group that was targeted said three people were killed. Saman Barzani, the regional Kurdish Health Minister said the number of fatalities was expected to rise.

Iran’s paramilitary Revolutionary Guard confirmed the attack and said it had targeted the bases of “terrorist groups” by drones and missiles, according to Iran’s official IRNA news agency.

Kurdish Prime Minister Masrour Barzani condemned the attack, saying it was a “violation” of Iraq and the Kurdish region's sovereignty.

The UN mission in Iraq also condemned the attack, saying Iraq should not be “used as an arena to settle scores”.

“Dialogue between Iraq and Iran over mutual security concerns is the only way forward,” the UN mission added.

A security official from the Kurdish Democratic Party of Iran, one of the exiled groups targeted, said they had suffered casualties but did not provide more details. The official was not authorised to talk to the media and spoke on condition of anonymity.

The party has waged an insurgency against the Iranian government since the 1979 Islamic Revolution.

Iran stepped up attacks targeting Kurdish opposition groups exiled in northern Iraq in September accusing them of orchestrating ongoing anti-government protests that have swept Iran over the past two months.

Gen. Mohammad Pakpour, chief of the Revolutionary Guard's ground forces, reiterated the accusation Monday, saying the Kurdish groups played a role in protests in Iran, according to the semi-official Tasnim news agency.

“The terrorist groups carried terrorist activities in Iran from Iraq," the report quoted Pakpour as saying. He also claimed Iran had found evidence linking separatist elements to the protests, without offering proof for that claim.

The Iranian opposition groups have vocally backed the protests in Iran but deny organising them.

They say Tehran is trying to scapegoat them to divert attention away from the widespread anger fueling the nationwide protests, in which protesters have been killed by Iranian security forces and thousands more detained since September.

Hossein Ronaghi, an imprisoned blogger who was transferred to hospital leading to allegations he had suffered torture in Tehran's Evin Prison, is in “good health” Iran's judiciary said on Monday, without providing more details about why he was receiving medical care or the charges against him.

Ronaghi and his two lawyers were arrested in September, sparking demands from protesters concerned about his health and seeking his release. Since 2009 and during post-election turmoil, authorities detained Ronaghi routinely on security charges.

Ronaghi, a political critic and activist, was known for teaching people how to bypass Iran’s blockades of the Internet even as the government blocked access to many social network platforms – including Facebook, Twitter and Telegram in past years and to WhatsApp and Instagram in recent weeks.

Tasnim also said that Pakpour demanded that Iraq disarm and order the opposition group's bases to be moved a further 120 kilometres from the Iraq-Iran border.

The protests that erupted in Iran were sparked by the September 16 death in custody of 22-year-old Mahsa Amini, who was detained after allegedly violating the country’s strict dress code for women. Amini was Kurdish.

The protests first focused on ending Iran’s mandatory headscarf, or hijab, but have since transformed into calls to end the country’s clerical rule. The demonstrations are now in their eighth week.    (AP)

END_OF_DOCUMENT_TOKEN_TO_BE_REPLACED
Social media
and networks
Subscribe to our
newsletter