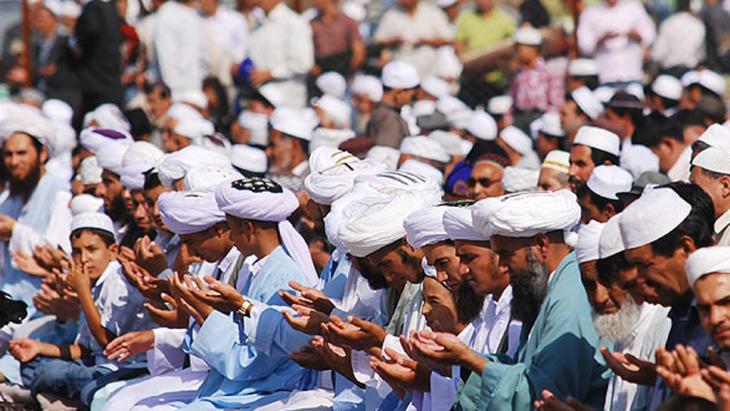 Iran and Saudi Arabia are stoking the denominational conflict between Sunnis and Shias. Both sides are attempting to exploit an inner-Islamic conflict that has been raging for more than 1,300 years. And yet, as Andreas Gorzewski reports, it′s not always about religion

The words used by Iran's Supreme Leader Ayatollah Ali Khamenei were harsh. Following the execution of Shia cleric Nimr Baqr al-Nimr, he threatened that, "The unjustly spilled blood of this oppressed martyr will with no doubt show its effect and divine vengeance will befall Saudi politicians."

Like many religious scholars in Iran, Khamenei wears a black turban as a symbol of affiliation with the family of the Islamic prophet Muhammad. The Saudi royal family also invokes Muhammad and Islam.

However, Shia Iran and Sunni Saudi Arabia are also rivals for political supremacy in the Middle East. In this rivalry, both sides seek to tie political goals to religious interpretations. Within such a context, the execution of al-Nimr appears to be just one more episode in the long history of an inner-Islamic power struggle.

The division of Islam into the branches of Sunni and Shia arose from a battle over the rightful successor to the prophet Muhammad. When the Islamic prophet died in the year AD 632, his followers had to choose his religious and political successor. Shias believed that Muhammad had chosen his son-in-law Ali to be that successor. The designation Shia comes from the Arabic "Shi'atu Ali," or followers of Ali. The group now referred to as Sunnis rejected the claim and prevailed. The term Sunnah refers to the ideal of the actions and utterances of the Prophet Muhammad.

Both the Sunnis and the Shias split into further groups over the course of the centuries. Shias represent only 10 to 15 percent of the world's 1.5 billion Muslims, yet they constitute a majority in the Gulf states of Iran, Iraq and Bahrain. The two million or so Shias that live in the oil-rich provinces of Saudi Arabia, however, are a much-bullied minority. Sunnis themselves are not a unified block and consist of a great number of different groups.

There are, nonetheless, many religious similarities among all groups on both sides of the divide. The Five Pillars of Islam - Testimony, Prayer, Fasting, Pilgrimage to Mecca and Alms-giving, are practically identical among all denominations, although they vary greatly in their details.

A significant difference between the Sunni and Shia branches of Islam are their individual relationships to power. Throughout history, the Shias have mostly been a discriminated minority. That has shaped their theology. Revolts against Sunni caliphs, considered illegitimate by the Shia, have played a central role in that theology.

In AD 680, Ali's son Hussein died during such a revolt. Each year Shias recall his death by re-enacting passion plays during the feast of Ashura. This commemoration is also kept alive in today's conflicts. For instance, Hussein's willingness to die on the battlefield was held up as a role model during Iran's war against Iraq from 1980 to 1988. 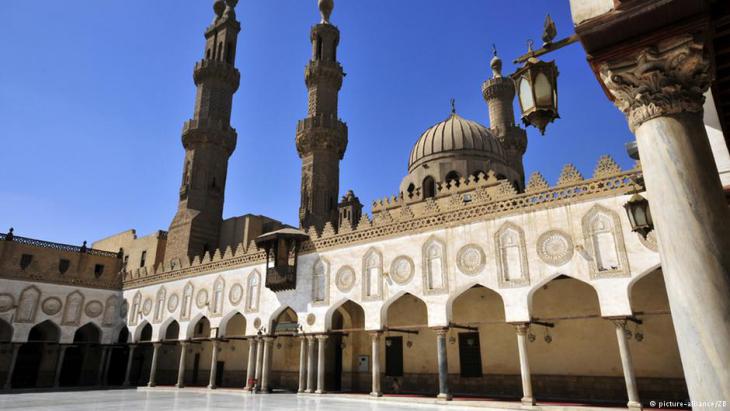 Recent history has seen various attempts made at bridging the divide. In 1959, Mahmud Shaltut, then rector of Egypt's Al-Azhar University, declared that Shia religious practices were equal to those of Sunni Islam. This was followed by the Amman Message of 2005, which declared both Shia and Sunni to be legitimate branches of Islam

Sunnis and Shias also faced off against one another in the wars fought between the Sunni Ottoman Empire and the Shia Shah of Persia, today's Iran. Just how important these denominational differences and the historical references connected to them are in mobilising large sections of the population can be seen in the proxy wars being carried out by Iran and Saudi Arabia today. Iran supports, above all, non-Sunni groups in the civil wars taking place in Syria and Yemen, whereas the Saudis have forged alliances with predominantly Sunni states.

But beyond the religious propaganda, there are in fact many examples of peaceful coexistence. Representatives from both branches have often attempted to bridge their religious divides. In 1959, Mahmud Shaltut, then rector of Egypt's Al-Azhar University, declared that Shia religious practices were equal to those of Sunni Islam. Al-Azhar University is considered to be the most prestigious of all places of Sunni scholarship.

In 2005, King Abdullah ll of Jordan organised an Islamic conference which brought together Sunni and Shia scholars. These scholars agreed that both branches are in fact Muslim. "To declare someone as an apostate (non-believer) is neither possible nor permissible," said their joint statement, later known as the Three Points of the Amman Message.

The now deceased King Abdallah of Saudi Arabia was also a signatory to the declaration. Nevertheless, that has not prevented preachers in the kingdom from declaring Shias to be infidels. The leaders of the Sunni extremist militia "Islamic State", not to mention other Sunni Islamists continue to do so as well.

On the other hand, thousands of Shias volunteer as mercenaries because they feel that their religion is under threat.

Unfortunately, Islam does not have a superior religious authority that could put an end to the exploitation of these differences.

The Kurds are under attack from two sides: from Turkey, and from Iran. The situation in their territories in northern Iraq is becoming increasingly desperate. Birgit Svensson ... END_OF_DOCUMENT_TOKEN_TO_BE_REPLACED

Iranians do not want an Islam that interferes. They are fed up with a system that manipulates people with simple promises of salvation and anti-Western propaganda. Islamic ... END_OF_DOCUMENT_TOKEN_TO_BE_REPLACED

"The Voice of Dust and Ash" draws us into the life and times of Iranian maestro Mohammad Reza Shajarian with passion and joy, focusing on the man who stood, and still stands, for ... END_OF_DOCUMENT_TOKEN_TO_BE_REPLACED

November 2022 sees the Arab world firmly in the spotlight with the COP27 in Egypt and the FIFA World Cup in Qatar. Public trust in MENA governments is weak, thanks to their ... END_OF_DOCUMENT_TOKEN_TO_BE_REPLACED

In Iran, two famous actresses, Hengameh Ghaziani and Katayoun Riahi, were arrested recently. These days anyone who shows solidarity with the protesters is a target to be silenced ... END_OF_DOCUMENT_TOKEN_TO_BE_REPLACED

With the current leadership of Iran quick to lay the blame for the Iran protests on Israel, the chances of harmonious relations between the two countries still seems remote. Yet, ... END_OF_DOCUMENT_TOKEN_TO_BE_REPLACED
Author:
Andreas Gorzewski
Date:
Mail:
Send via mail

END_OF_DOCUMENT_TOKEN_TO_BE_REPLACED
Social media
and networks
Subscribe to our
newsletter