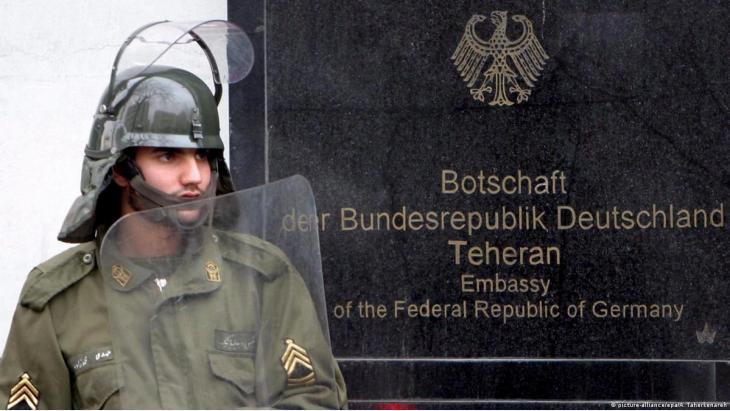 Tehran accuses Germany and Foreign Minister Annalena Baerbock of supporting mass protests triggered by the death of Mahsa Amini in police custody several weeks ago. The news comes a day after Baerbock announced new punitive measures against Tehran because of its crackdown on the protest movement. Entry restrictions are to be imposed on Iranian nationals and relations with Iranian banks are to be further restricted.

Iran accuses Germany of supporting protests that have been going on in the Islamic Republic for weeks. At the same time, the Foreign Ministry in Tehran holds European countries responsible for supporting terrorist acts. The German Foreign Office in Berlin confirmed late on Thursday that Muzel had been summoned.

At the same time, it became known that the Iranian ambassador in Berlin had also been summoned by the German authorities. This is considered a sharp form of diplomatic protest.

The mass protests in Iran were triggered by the death of the 22-year-old Iranian Kurd Mahsa Amini. The vice squad arrested her for allegedly violating Islamic dress codes. The young woman died in police custody on 16 September.

Since her death, thousands have been demonstrating across the country against the government's repressive course and the Islamic system of rule. According to local media reports on Thursday including by the IRNA news agency, protesters in north-western Iran unsuccessfully tried to occupy government buildings.

Videos circulating on social media on Thursday showed crowds of people in the Kurdish city of Mahabad, but the circumstances were unclear.

Meanwhile, according to state media, at least 13 people were killed in a terrorist attack in the city of Shiraz on Wednesday. Dozens of other people are said to have been injured at the Shia shrine of Shah Cheragh in the city, state television reported.

The Islamic State (IS) terrorist militia claimed responsibility for the attack on a Telegram channel. In Afghanistan, for example, the Sunni jihadists repeatedly carry out attacks on Shia Muslims, whom they despise as apostates from Islam.

The chief of staff of the Iranian armed forces, Mohammad Bagheri, blamed protesters after the assassination. "You are complicit in this great crime", the state news agency quoted Bagheri as saying. "The foreign and domestic masterminds and perpetrators of this terrible crime will soon be attacked by security forces and the secret service," Bagheri asserted.    (dpa)

More on this topic
Frankfurt Book Fair: Iran drops out, citing interferenceProtests in Iran: Arab women in solidarity with their Iranian sistersProtests in Iran: On the eve of a new world era?
Home
Print
Newsletter
MoreAll Topics

END_OF_DOCUMENT_TOKEN_TO_BE_REPLACED
Social media
and networks
Subscribe to our
newsletter