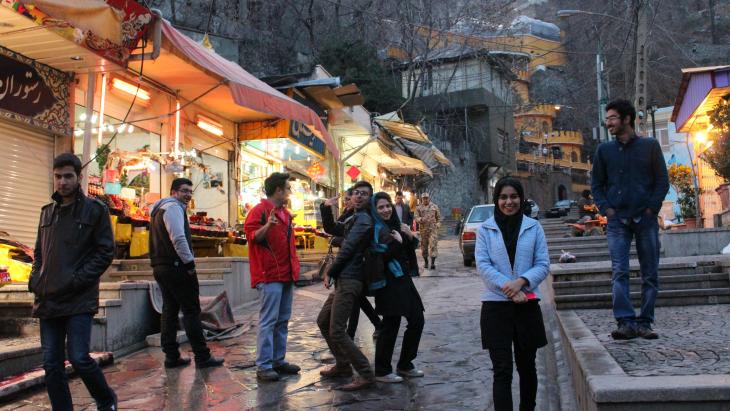 "Darband" and "Sar be Mohr" are two new Iranian films that offer profound insights into the lives of young urban Iranians, highlighting their inner conflicts and the turmoil that is tearing many of them apart. Massoud Schirazi went to see both films in Teheran

Iranian films have long been popular in Europe among fans of innovative international world cinema. These films, such as Asghar Farhadi's successful drama "Nader and Simin", are regularly lauded for their authentic portrayal of life's realities. Many Iranian films have become successful abroad because of their critique of society, although this critique can sometimes seem quite stereotypical – for example when it comes to addressing the situation of women in the Islamic Republic.

Yet to this day, there are plenty of worthwhile Iranian films that don't win awards at international film festivals. Two of them, which were shown in Teheran cinemas last winter, deal with subjects that have not received much attention to date: the clash of Western and Iranian cultures and the inner turmoil of many young Iranians.

In Teheran, the word "Darband" stands for fun, a party atmosphere and a taste of freedom. It is the name of the canyon on the northern edge of the city that is a favourite socialising spot for couples, hip Teheran cliques and young families. It is also the name of a film made by Parviz Shabazi, a previously relatively unknown director who won the "Crystal Simorgh" at Iran's Fajr film festival last year for this film.

"Darband" is a carefully staged drama that centres around a young female student who moves to Teheran after completing school. Naznin was born and raised in the country, only 80 kilometres away from the city, and yet hers is a very different world. When she finds out that the university students' residence has no spaces left, she rents a room in the apartment of a Teheran perfume saleswoman. 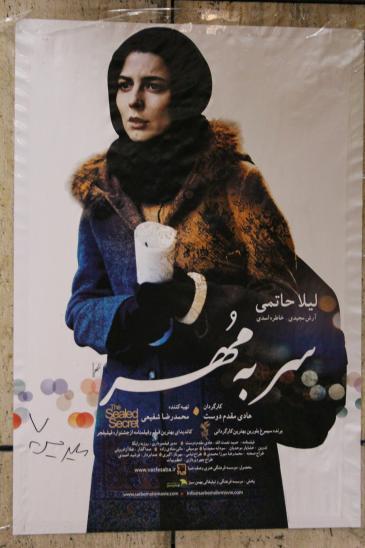 According to Massoud Schirazi "Sar be Mohr" sums up a paradox: "among large sections of the young generation in the Islamic Republic of Iran, particularly in Teheran, religiousness has become taboo"

Even their very first conversation reveals their differences: Sahar speaks Teheran slang, while Naznin is polite and distant, cautiously testing the waters of the Iranian capital instead of diving in.

In her new home, Naznin is confronted with a new reality: Sahar's nights are long and full of loud music. Her friends come to the apartment whenever they like, smoke hookah, are cool and laid-back and drive around town in fast cars. Naznin can't study with all the noise and argues with Sahar, who – as we soon find out – has large debts and has entered into a sexual relationship with the man who lent her money. She ends up getting arrested because she can't pay.

The naive Naznin tries to help Sahar and gets herself into trouble in the process. In the end, she is drawn so far into a spiral of intrigue and selfishness that she herself ends up in the same straits as Sahar and is wanted by the moneylenders. By this time, her flat-mate has emigrated to Europe.

"Darband" focuses on the life of a generation that has lost its way while striving for a kind of "American lifestyle", losing track of morals and ethics in the process. The honesty of a young person who has grown up in a traditional, protected environment cannot survive here. One Iranian critic sees the Teheran in the film as a "hyper-developed, modern city (...) where the inhabitants resemble each other, and anyone who does not belong is condemned to destruction."

Another film showing in Teheran cinemas last the winter was "Sar be Mohr" (with the English title "The Sealed Secret"), directed by Hadi Moghadamdast. A "Mohr" is the round prayer stone on which Shia Muslims place on their heads to pray. "Sar be Mohr" is a play on words: it not only means "head on the mohr stone", it also harbours connotations of an intimate secret.

"Sar be Mohr" is about the restless existence of a young woman called Saba, played by Leila Hatemi of "Nader and Simin" fame. Saba spends most of her time on the Internet, sharing details of her life in an online forum. Because she does not feel at home in the real world, she seeks advice on her problems from virtual friends.

At the beginning of the film, Saba goes to visit her blind sister in the country. She wants to do all she can to make her sister's life easier. However, it quickly becomes apparent that despite her blindness, her sister is happier than Saba, who has the gift of sight.

A constant theme runs through Saba's life: she is deeply religious but cannot live out her faith openly in the secular surroundings of her friends and family. Many scenes are set in Saba's Teheran apartment. Weeping with desperation and shame, she turns to God, praying for courage and to find work. While she is in the middle of a job interview, the call to prayer sounds. Saba freezes, falls silent, and is instantly torn out of the here and now – an incident that repeats itself several times in the film. The general response to her wish to go to prayers is ridicule and incomprehension.

There is no understanding for Saba's religious fervour in her social circle. Ultimately, she fails because she is torn between what lies inside and the outside world – a conflict faced by many young Iranians. The only place where she can show her true self is on the Internet. Both friendships and a potential relationship fail, the latter because of Sabra's introverted nature.

"Sar be Mohr" sums up a paradox: among large sections of the young generation in the Islamic Republic of Iran, particularly in Teheran, religiousness has become taboo. Being cool, having your finger on the fast pulse of the city and Western culture – these unspoken social norms forbid many young people in Teheran from following their parents' religious traditions.

"Darband" and "Sar be Mohr" are two films that open up a new perspective on the lives of young Iranians for outsiders. They testify to social rifts in urban Iran, which do not always run along clear lines. Cinema remains the perhaps most critical medium in Iran. It holds a mirror up to society, inviting cinema-goers to reflect on what they see.

Drought and upstream water diversions have seen the Zayandeh Rood, "fertile river" in Persian, run dry since 2000, with only rare exceptions. The famed river bridges of the ... END_OF_DOCUMENT_TOKEN_TO_BE_REPLACED

Very different Western reactions to the suffering in Ukraine and the Arab world show that there is a profound rift among cultures. Essay by Michael Young END_OF_DOCUMENT_TOKEN_TO_BE_REPLACED

Since the government cut subsidies for food, prices in Iran have skyrocketed. Protests that broke out in Khuzestan province are now spreading across the Islamic Republic. By ... END_OF_DOCUMENT_TOKEN_TO_BE_REPLACED

United Arab Emirates strongman Sheikh Mohammed bin Zayed al-Nahyan, who was formally elected president on 14 May, has led a realignment of the Middle East, creating a new anti- ... END_OF_DOCUMENT_TOKEN_TO_BE_REPLACED

More than 800 Iranian filmmakers have signed a declaration against sexual harassment, coercion and violence in their industry. The public's response to their willingness to name ... END_OF_DOCUMENT_TOKEN_TO_BE_REPLACED
Author:
Massoud Schirazi
Date:
Mail:
Send via mail

END_OF_DOCUMENT_TOKEN_TO_BE_REPLACED
Social media
and networks
Subscribe to our
newsletter