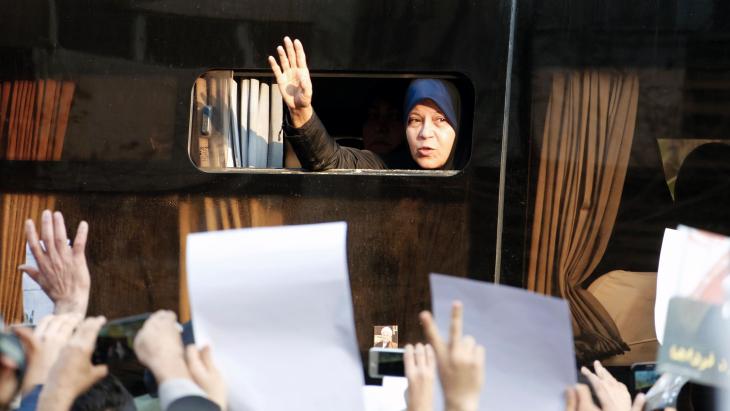 Iran's social media was buzzing in January when, Faezeh Hashemi, daughter of Iran’s former President Rafsanjani gave a controversial interview, striking a chord with many Iranians. Questioning the merits of Tehran’s regional policy of "resistance" pursued by the late General Soleimani, Hashemi went on to assert that it will take sustained pressure to change the Islamic Republic’s policies. By Ali Fathollah-Nejad

Back in early January, remarks made by Faezeh Hashemi, former MP (1996–2000) and daughter of the late President Ali Akbar Hashemi Rafsanjani, in a wide-ranging video interview created an uproar in Iran.

Tellingly, once off air, she admitted to the interviewer that her statements may indeed have been too "peppery". Conducted on 8 January – the fourth anniversary of her father’s death – the two most widely disseminated excerpts touched upon two major taboos in official Iran, echoing sentiments shared by a considerable portion of the population: one on U.S. Iran policy and the question of change in the Islamic Republic, the other on the merits of Iran’s regional policies spearheaded by the late Islamic Revolutionary Guards Corps Quds Force commander General Qassem Soleimani.

Conducted the day after the right-wing siege of the Capitol fomented by U.S. President Trump on 6 January and just a few days after the one-year anniversary of the U.S. drone killing of Soleimani, the timing of the controversial interview added fuel to the fallout in the days that followed.

Faezeh Hashemi’s remarks made at the very end of the hour-long interview were what received the most attention, where she argued that only a continuation of the Trump presidency could have led to positive change in Iran: "[…] for Iran, I would have liked to see Mr. Trump being [re-]elected. Were I were an American, however, I would not have voted for Mr. Trump."

Asked by the interviewer what she meant by that, Hashemi explained her thesis, arguing that only a continuation of Trump’s policy of maximum pressure could have led to policy changes in Tehran. She went on to add that, after all, whenever Iranians attempt to push a reform agenda, "nothing happens" and instead they face a crackdown – likely a reference to the two nationwide uprisings of January 2018 and November 2019.

"Maybe if the pressure exerted by Mr. Trump had continued, we would have been forced to change some of our policies. And these policy changes would definitely have been to people’s benefit." She then turned to the U.S. Democrats, whose President-elect Joe Biden was due to assume power in the White House the following week on 20 January.

She described the party as "a bit loosey-goosey" (shol-o-vel), drawing the conclusion that "our erroneous stand will be further strengthened." Hashemi closed by saying that regardless of a reduction of U.S. pressures and easing of sanctions – which might be on the cards under the new Biden administration – Iranian policies, domestic and across the region, are likely to continue unabated.

On the 10th anniversary of the Arab Spring we can’t quite escape that substance called remembrance. Yet, eschewing facile modes of nostalgic remembrance and/or tragic lamentation ... END_OF_DOCUMENT_TOKEN_TO_BE_REPLACED

After a period of relative calm, the conflict in Syria is reigniting the tensions between Sunni and Shia Muslims in Pakistan: groups from both sects are involved in the clashes in ... END_OF_DOCUMENT_TOKEN_TO_BE_REPLACED

Ten years ago, in February 2011, Yemenis took to the streets for freedom and the rule of law. But instead, the uprising turned into a war that has lasted for years. Impressions ... END_OF_DOCUMENT_TOKEN_TO_BE_REPLACED

Yemen's Arab Spring uprisings led to a raging civil war that has inflicted immense suffering on the population for the past seven years. Will the United States' halt on arms sales ... END_OF_DOCUMENT_TOKEN_TO_BE_REPLACED

The Islamic Republic has a strict and often arbitrary system of censoring artistic and journalistic works. An in-depth investigation by writer Alireza Abiz uncovers the details ... END_OF_DOCUMENT_TOKEN_TO_BE_REPLACED 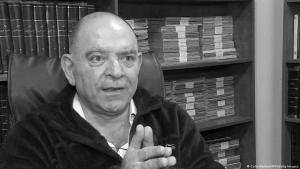 Lokman’s killing underlines that the space for dissent is closing fast in Lebanon. Over the past year or so, the political leadership’s tolerance for criticism has been decreasing ... END_OF_DOCUMENT_TOKEN_TO_BE_REPLACED
Author:
Ali Fathollah-Nejad
Date:
Mail:
Send via mail

END_OF_DOCUMENT_TOKEN_TO_BE_REPLACED
Social media
and networks
Subscribe to our
newsletter