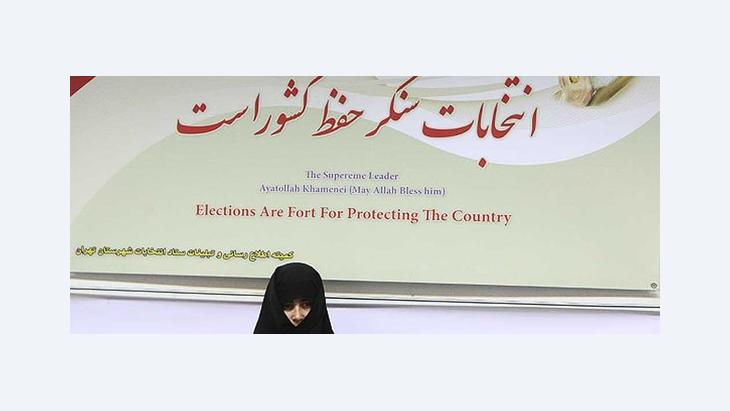 In the run-up to the Iranian parliamentary elections, the regime in Tehran is showing signs of nervousness. More journalists are being arrested as the repression of civil society continues. Marcus Michaelsen reports

The news spread across the Internet like wildfire: "Parastoo Dokuhaki arrested!" Shortly afterwards two more names were added: Marzieh Rasouli and Sahameddin Borghani. Friends and colleagues of the three Iranian journalists quickly set up a blog to publish press statements and messages of solidarity. Photos and posters calling for their release were circulated on the Internet. Iran's journalists have plenty of practice in dealing with arrests.

Parastoo Dokuhaki, who was arrested in Tehran on 15 January, is one of the best-known bloggers in Iran. In 2005, her blog won her a Deutsche Welle award. She also wrote for the feminist journal Zanan, which was banned in January 2008, was active in the women's movement and supported a campaign to allow women into football stadiums.

Dokuhaki has been arrested before, along with 30 other women activists, during a protest in Tehran in March 2007. After her release, she studied in London for a while before returning to Iran shortly before the disputed presidential elections of 2009, since which time she has been neither journalistically nor politically active.

This makes her arrest appear all the more arbitrary. Less of a surprise, however, are the accusations now known to have been made against Dokuhaki and her colleague Rasouli: "propaganda against the political system" and "endangering national security", flexible charges that the regime continues to use as a means of silencing critical voices. Ten journalists have been arrested since the beginning of this year alone.

Silencing opposition before the elections 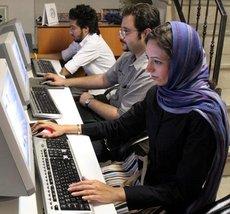 Iran's power elite is keeping a tight lid on all forms of opposition – whether it be from bloggers, journalists, or civil society groups – in the run-up to the country's parliamentary elections

​​With an eye on the parliamentary elections at the beginning of March, the power elite around the revolutionary leader Khamenei clearly wants to prevent any disturbances by the opposition and civil society.

Until now, the tendency was rather to ease restrictions in the run-up to elections and allow limited debate in order to excite the interest of the people. For the regime, a high turnout is an important weapon of internal and external legitimacy. But after the last presidential election, this vote is taking place under different auspices.

The parliamentary elections are the first ballot since the election crisis in the summer of 2009 and as such represent a precarious moment for the leadership of the Islamic Republic. Only systematic repression was able to subdue the protest movement against Mahmud Ahmadinejad's rigged re-election. Many Iranians will now presumably no longer vote. The leading reform parties have announced a boycott.

Multiple pressures on the regime

At the same time, the power elite is entangled in internal disputes between followers of Ahmadinejad and those of the revolutionary leader. On top of this comes both international pressure over Iran's nuclear programme and economic sanctions, the effects of which on everyday life can no longer be denied.

﻿Faced with these challenges, those in power are trying to close every loophole – at least with regard to the dissemination of information – that could challenge the smooth running of the elections, says the exiled Iranian journalist Vahid Pourostad. 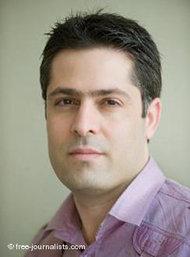 According to exiled Iranian journalist Vahid Pourostad, critical reporting is no longer possible in Iran

In fact there has been scarcely any let-up in the pressure exerted on journalists by the regime in recent years. ﻿According to Reporters Without Borders, more than 250 journalists have been arrested in the past two years alone. Some 30 journalists and 24 bloggers are currently in prison. Detained journalists are only released after the payment of very high bail and can expect to be re-arrested at any time.

More than 100 journalists left the country after 2009. Quite a number of them risked considerable danger in order to flee across the border to Turkey or Iraq, where they had to wait for passage into exile in the West. Now they continue to report from abroad, staying in contact with friends and colleagues at home via telephone and the Internet.

It is precisely these connections between the journalists in exile and those at home that the Iranian security services are particularly concerned about, explains Vahid Pourostad. Previously the editor of several banned reformist newspapers, he left Tehran in the summer of 2010 after a spell in prison and now works in Prague for the international broadcaster Radio Farda.

According to Pourostad, it has been impossible to do any critical reporting within Iran for quite some time now. At present, he says, there are only three daily newspapers left that could be said to be on the side of the reformists. They work beneath the strict supervision of the censorship authorities. Taboo topics include articles about the opposition Green Movement, interviews with reform politicians or news about the situation of the political prisoners.

But the regime's repression does not target the media alone. Students, the women's movement and trade unions are all subject to strict controls. The journalist Maryam Mirza, who has been unable to return to Iran since the summer of 2009, reports that activists in Iran now only get together in private for reading sessions and other innocuous meetings: "At the moment, everyone's main concern is to preserve civil society; you can't expect new initiatives under these conditions."

Eyes of the world on Iran 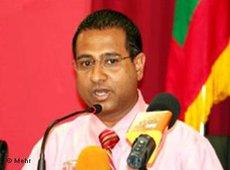 In an initial report on the state of human rights in Iran, UN Special Rapporteur for Human Rights in Iran, Ahmed Shaheed, has highlighted the maltreatment of political prisoners in the Islamic Republic

​​The situation in Iranian civil society has certainly attracted international attention. In November 2011, the General Assembly of the United Nations passed a resolution condemning human rights abuses in Iran. It makes particular mention of the increase in the number of death sentences being carried out, discrimination against women and the persecution of journalists and religious minorities.

The United Nations' Special Rapporteur Ahmad Shaheed refers in an initial report among other things to the maltreatment of political prisoners: solitary confinement in tiny cells, violent interrogations and denial of medical treatment. To date, the Iranian authorities have not allowed Shaheed to enter the country, so he relies on discussions with exiles for his information. His final report is due in March.

At the same time the headlines about sanctions and a possible military confrontation in the Persian Gulf are threatening – not for the first time – to overshadow public awareness of the human rights situation in Iran. In the past, the conflict with the West has repeatedly provided the Iranian regime with an excuse to act against any kind of opposition.

And so, like many others, Maryam Mirza is worried not only about her friend Parastoo Dokuhaki and the other prisoners, but also about how the political situation will develop: "These latest arrests, coupled with the international confrontation with Iran and the internal conflict in the country, are all combining to cause great unease in civil society."

﻿﻿Marcus Michaelsen is a political scientist and expert in Islamic Studies. His book Election Fallout. Iran's Exiled Journalists on their Struggle for Democratic Change was published recently by Hans Schiler Verlag Berlin. ﻿In this book, 12 Iranian journalists, exiled after the election crisis, deliver poignant accounts of the events and their personal experiences during this period of protest.

Drawing on the history of Tehran's Shahr-e No red light district, Nasrin Bassiri describes how prostitution functioned in Iran before the Islamic Revolution. The neighbourhood ... END_OF_DOCUMENT_TOKEN_TO_BE_REPLACED

International relations are shifting across the Middle East as regional powers adapt to America's retrenchment and China's growing influence. Although the region could become the ... END_OF_DOCUMENT_TOKEN_TO_BE_REPLACED

Tea is a mainstay of popular culture across the Middle East, from Morocco to Qatar. Tucked away in Tehran's Grand Bazaar is arguably the world's tiniest tea shop. The owner's ... END_OF_DOCUMENT_TOKEN_TO_BE_REPLACED

No other Western poet was arguably so well-versed in the Koran or so fascinated by Islam as Germany's national hero, Goethe. In a new publication that examines all Goethe's ... END_OF_DOCUMENT_TOKEN_TO_BE_REPLACED

A deluge of books, movies, series and cover stories: ever since the events of 9/11, the West has seemed almost manically preoccupied with Islam. Yet this has rarely led to deeper ... END_OF_DOCUMENT_TOKEN_TO_BE_REPLACED
Author:
Marcus Michaelsen
Date:
Mail:
Send via mail

END_OF_DOCUMENT_TOKEN_TO_BE_REPLACED
Social media
and networks
Subscribe to our
newsletter