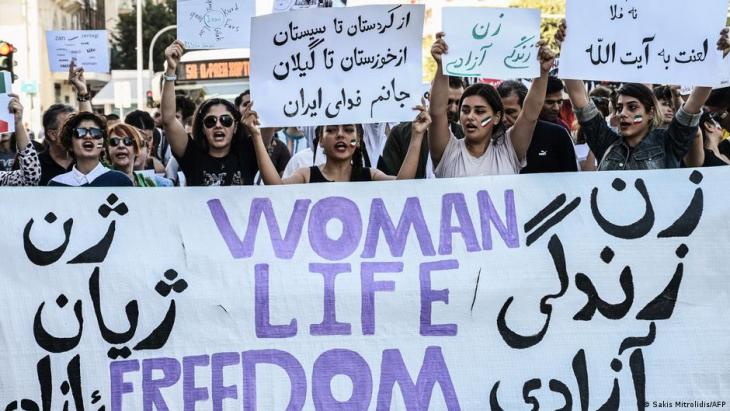 Mahsa Amini’s crime, which led to her death at the hands of Iran’s morality police, was wearing the hijab incorrectly. A legal expert from inside Iran, who prefers to remain anonymous, explains the political dimensions of this special piece of cloth to Ehsan Hosseinzadeh

How did the obligation to wear a hijab become law in Iran?

Two weeks after the Islamic Revolution in 1978, Ayatollah Khomeini, the first supreme leader, issued an extrajudicial order according to which all women were obliged to wear a hijab, especially in the workplace. Following the referendum that led to the announcement of the Islamic Republic in 1979, the state began to lay out this unwritten rule in the Criminal Code of Iran, criminalising revealing hijabs in Article 638 of the Islamic Criminal Code.

This article provides that “women who appear in public without the Islamic hijab may be sentenced to ten days to two months in prison or fined fifty thousand (USD $1.50) or five hundred thousand rials (USD $15.00)”. What is religious about the hijab?

Nothing. The hijab is a means of controlling women. The Islamic Republic says: those women who wear a hijab can benefit from social and political rights and can even progress up the hierarchy of power. But those who disobey and disrespect the symbol of the regime will be put in jail.

The preamble to the constitution of the Islamic Republic states that “women shall not be considered as objects or workforce; the main duty of women is to be a mother”. What do you think about this attitude towards women?

It is discriminatory. Let us not forget the patriarchal nature of the society of Iran at the time. This constitution was enacted more than 40 years ago. Women in Iran are also subject to other discrimination by law. For instance, they inherit less than men; they do not have the right to divorce; they cannot travel without the permission of their husband or father. 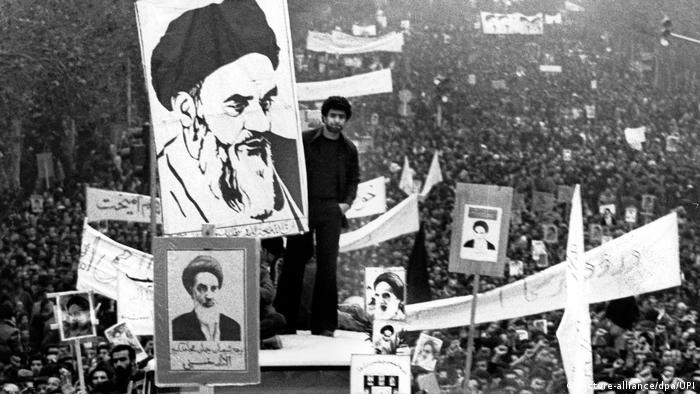 The main duty of women is to be a mother: the Islamic Republic is stuck in a time-warp. "This constitution was enacted more than 40 years ago. Women in Iran are also subject to other discrimination by law. For instance, they inherit less than men; they do not have the right to divorce; they cannot travel without the permission of their husband or father." The ruling clerics cling to the status quo, desperate to retain their grip on power, yet the attitudes of many in Iran have moved with the times. "Men are joining in protesting against obligatory hijab-wearing along with women; men too want gender equality," says the lawyer. "This reveals an immense evolution in the values of Iranian society"

Forty years ago, these laws were written by men. But look at the current society in Iran, where women who no longer want to obey the oppressive law of hijab are taking to the streets. Even more interestingly: men are joining in protesting against obligatory hijab-wearing along with women; men too want gender equality. This reveals an immense evolution in the values of Iranian society.

Since the start of the protests in August, at least 92 people have been killed according to the organisation “Iran Human Rights”. Why have people chosen the streets to claim their rights?

Since there is no democracy in Iran, people cannot change the law through their representatives in parliament. In order to present him/herself, every parliament member needs to get approval from the Guardian Council (Shuray-e Negahban) as an official candidate. This is a 12-member council; six of them are appointed directly by the supreme leader of Iran, Ali Khamenei, and the other six are appointed through the indirect influence of the supreme leader. In the political system of Iran, all politicians are appointed by the supreme leader either directly or indirectly and, consequentially, there is an accumulation of all the political power in one person, which ruins democracy.

Why doesn’t the judiciary of the Islamic Republic react and punish the morality police for this unlawful act of law enforcement?

There is no independent judiciary. The head of the judicial system is appointed by direct order of the supreme leader, who must be a clergyman. Moreover, the head of the judiciary would never punish this kind of illegal act, because he wants the hegemony of the Islamic Republic to continue. Were the wrongdoer to face punishment by the judiciary, no police officer would be prepared to implement such unjust rules.

The original video gave me goosebumps, so I translated and put subtitles on.#IranProtests#IranReveloution#محمد_عمرانی#مهسا_امینی pic.twitter.com/vqmbtczzuV

Since the protests in Iran began, the government has cut off the Internet. What sort of support do you hope for from abroad in this situation?

“Naming and Shaming”. Iranian women need help from the world now to make their voices heard. The Islamic Republic prevents them from doing that by blocking social media, cutting off the Internet and censorship. For instance, the current President of the Islamic Republic, Ebrahim Raisi, is a criminal...

You refer to his involvement in the execution of thousands of political prisoners in 1988, for which the special rapporteur for human rights of the United Nations accused Ebrahim Raisi of being responsible for a “crime against humanity”.

Indeed. Yet, at the same time, he was granted a visa to attend the recent United Nations General Assembly while his government was attacking and killing hundreds of protesters on the streets of Iran. The world’s democracies would do well to follow Canada’s lead and apply targeted sanctions against politicians of the Islamic Republic. Canada put pressure on Iran after Zahra Kazemi, an Iranian-Canadian dual citizen, died in prison in 2003. This led to a series of diplomatic conflicts between the two governments and the complete severance of diplomatic relations in 2012.

The Kurds are under attack from two sides: from Turkey, and from Iran. The situation in their territories in northern Iraq is becoming increasingly desperate. Birgit Svensson ... END_OF_DOCUMENT_TOKEN_TO_BE_REPLACED

Iranians do not want an Islam that interferes. They are fed up with a system that manipulates people with simple promises of salvation and anti-Western propaganda. Islamic ... END_OF_DOCUMENT_TOKEN_TO_BE_REPLACED

"The Voice of Dust and Ash" draws us into the life and times of Iranian maestro Mohammad Reza Shajarian with passion and joy, focusing on the man who stood, and still stands, for ... END_OF_DOCUMENT_TOKEN_TO_BE_REPLACED

November 2022 sees the Arab world firmly in the spotlight with the COP27 in Egypt and the FIFA World Cup in Qatar. Public trust in MENA governments is weak, thanks to their ... END_OF_DOCUMENT_TOKEN_TO_BE_REPLACED

In Iran, two famous actresses, Hengameh Ghaziani and Katayoun Riahi, were arrested recently. These days anyone who shows solidarity with the protesters is a target to be silenced ... END_OF_DOCUMENT_TOKEN_TO_BE_REPLACED

With the current leadership of Iran quick to lay the blame for the Iran protests on Israel, the chances of harmonious relations between the two countries still seems remote. Yet, ... END_OF_DOCUMENT_TOKEN_TO_BE_REPLACED
Author:
Ehsan Hosseinzadeh
Date:
Mail:
Send via mail

END_OF_DOCUMENT_TOKEN_TO_BE_REPLACED
Social media
and networks
Subscribe to our
newsletter