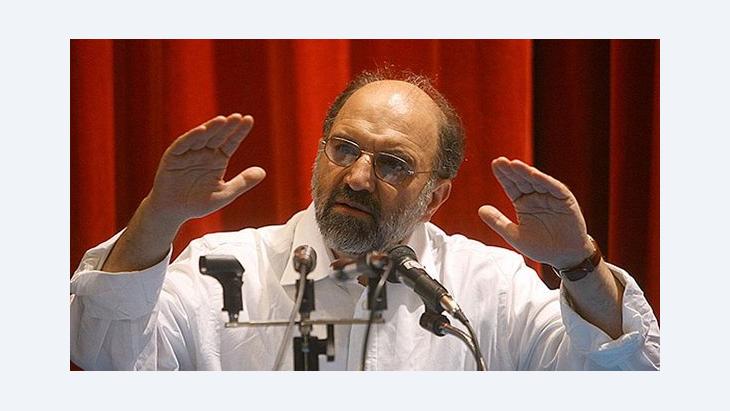 ﻿Iran has forced intellectuals and clerics like Abdulkarim Soroush and Mohsen Kadivar into exile. These men once drove the debate about a reform of the political system and religion in Iran. They have found refuge in the West, where they can work, speak, and conduct research more freely. But what influence – if any – do they still have in Iran? By Urs Sartowitz

﻿When the philosopher Abdolkarim Soroush published an article about the basic principles of religious cognition in the Iranian cultural magazine Keyhan-e Farhangi in the late 1980s, he triggered a far-reaching debate. A decade after the Islamic Revolution of 1979, which made Islam the foundation of all political actions in Iran and positioned the clergy at the top of the state, Islam was in crisis because the errors made by the state were tarnishing Islam, which meant that society was increasingly turning its back on religion.

At the time, religious intellectuals like Soroush noted with unease that the revolution had not just led to an Islamicization of politics, but also to a politicization of Islam and to the state's appropriation of the religious sphere.

The difficulties involved in, for example, bringing modern labour and tenancy law into line with the Islamic dictates of Sharia law also made it clear that Islam – at least in its traditional interpretation – did not lend itself to the administration of a modern state. 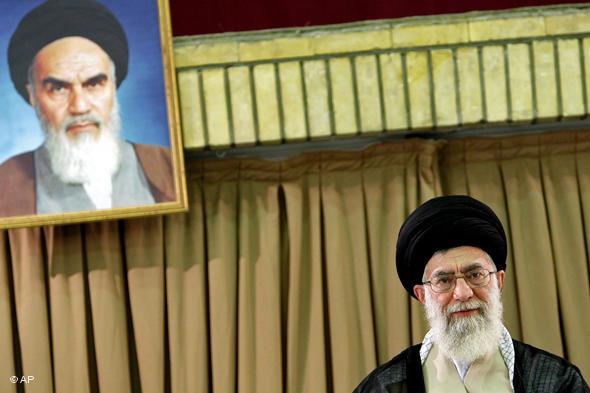 No room for criticism or reformist ideas: since the Islamic Revolution of 1979, Islam has been the basis of all political actions in Iran, and the clergy have ruled the state. In the intervening period, a number of religious intellectuals who have criticised this system have been forced into exile

​​Reform of Islam and Sharia

In this situation, people were open to Soroush's theories. His differentiation between the eternal and unchangeable religion and religious knowledge, which is inevitably human and, therefore, fallible and changeable, opened the door to a reform of Islam and Islamic law. Based on his theories, a lively and controversial debate about questions of hermeneutics and epistemology emerged in the 1990s. This debate was unique in the Islamic world.

Twenty years later, however, very little of this debate remains. Back then, under the influence of Western philosophy and Christian theology, people openly debated Islam's attitude to criticism, reason, pluralism and democracy in magazines such as Kiyan, which have long since been banned. The hope that the reform movement would manage to change politics and the system on the basis of a liberal and progressive interpretation of Islam has dwindled. Moreover, many of the most important leading reformist thinkers now live in exile.

Soroush was the first to go. Following the publication of a critical article about the clergy, club-wielding thugs stormed his lectures. Soon after, in 1996, he left Iran for an extended lecture tour. He has lived in exile since 2000 and now teaches at a variety of universities in Europe and the USA. He has continually refined his theories, whereby he is not focussing on a re-interpretation of Sharia law, and is not afraid to call into question the central pillars of the Islamic faith.

His most radical theory relates to the Koran, which he feels was not revealed word for word to the Prophet, but was written by the Prophet, who was inspired to do so by God. Soroush feels that like the Bible, the Koran is a human work and can, as such, be fallible.

In this way, he has moved on from previous statements, in which he said that the language and the length of the Koran was a matter of chance. Although he is opening up new opportunities for a re-interpretation of the Koran with these theories, it is questionable whether the majority of Muslims will follow him down this path.

The separation of religion and state 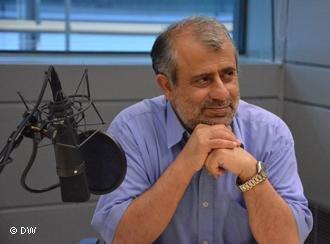 A thorn in the side of dogmatic clerics: the Shia cleric and reformist theologian Yousefi Eshkevari was arrested on his return to Iran for statements made at a conference in Germany in the year 2000; he later left the country and went into exile

​​Even reformist theologians such as Hasan Yousefi Eshkevari feel that Soroush's ideas are going too far. In his interpretation of the scriptures, Eshkevari remains true to the traditional method, even though the end result is a progressive interpretation.

Speaking at the Iran Conference organised by the Heinrich Böll Stiftung in Berlin, Germany, in 2000, Eshkevari said that the veil was not religiously binding. He was subsequently sentenced to death for apostasy, a sentence that was later transmuted to five years in prison. Since being released from prison, Eshkevari has lived in exile in Germany.

Today he openly speaks out in favour of the separation of religion and state. He rejects the doctrine of the absolute rule of Islamic legal scholars ("velayat-e faqih"), on which the current Iranian system is based, as being religiously illegitimate, even though, for practical reasons, he holds fast to the idea of its reform. In an interview in June 2012, he was particularly critical of attempts made by supporters of the revolutionary leader to position Ayatollah Ali Khamenei closer to the Mahdi, the Islamic saviour, in order to justify his claim to absolute power.

Justice as the value standard for Islam

The cleric Mohsen Kadivar, who openly opposes the system from his home in exile, has also liberated himself from the confines of the discourse in Iran. Sentenced to several years in prison by a special religious court in Iran for critical sermons and interviews in 1999, Kadivar left Iran in 2008. He now lectures at Duke University in the USA. In 1999 he was very critical of the religious principles on which "velayat-e faqih" is based in an analysis of this doctrine; since he has been in exile, this criticism changed to outright rejection. 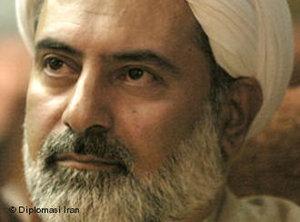 Mohsen Kadivar argues that while Islamic laws were considered just at the time of the Prophet, they now need to be changed because the definition of justice has changed

​​The concept of justice plays a central role in Kadivar's theories. In his opinion, while Islam serves the realisation of justice, it does not specify what exactly this means. He feels that it is more accurate to say that the changeable definition of justice determines religious commandments. Kadivar argues that Islamic laws were considered just at the time of the Prophet. However, because the definition of justice has changed, the law – especially those laws relating to women's rights – must now be changed.

Turning away from the idea that Islam should regulate all areas of social life, Kadivar is in favour of religion's gradual retreat from society. Instead of replacing out-dated commandments with new ones, he would like to see these areas being left to the secular legislator. He is convinced that while this would reduce the sphere of religion, it would give religion greater depth. Similar to Soroush, however, it is not clear whether the mass of the faithful would follow him were he to do away with established commandments.

The role of the Internet

But what influence do all these reformist thinkers in exile still have in Iran? Are their writings still taken note of, read, and discussed? The days when they could publish books, let alone hold lectures there, are long gone. That being said, the Internet would appear to be a kind of substitute for direct encounters. Like many intellectuals and clerics in Iran, Soroush, Eshkevari, and Kadivar recognise the opportunities presented by the Internet and are making the most of them.

On their websites, they document everything from lectures, interviews, and declarations to entire books and series of lectures as audio files. Kadivar's website in particular is like a library. Many of their articles on the Internet are the subject of lively discussions and comment. It is quite obvious that they are still in contact with friends, pupils and supporters in Iran. A decade after the closure of Kiyan and other pro-reform magazines, it would seem that the debate continues, at least in the broad expanse of the Internet.

Home
Print
Newsletter
More on this topic
Interview with Ali Granmayeh about Iran and the ''Arabellions'': Yearning for Lost FreedomsIranian Journalists under Pressure: Arrest or ExileIran's Green Movement Two Years after the Protests: Simmering beneath the SurfaceIran: The Reform of the Conservatives
Related Topics
Democracy and civil society, Iran's Green movement, Islam and democracy, Reform Islam, Shia Islam | Shiite Muslims
All Topics

The Prophet Muhammad never executed anyone for apostasy, nor encouraged his followers to do so. Nor is criminalising sacrilege based on Islam’s main sacred text, the Koran. In ... END_OF_DOCUMENT_TOKEN_TO_BE_REPLACED

Surging coronavirus cases in many parts of the world have overshadowed the start of this year's Muslim holy month of Ramadan, with festivities once again curtailed by contagion ... END_OF_DOCUMENT_TOKEN_TO_BE_REPLACED

German Middle East analyst Guido Steinberg and television journalist Ulrich Tilgner have both published new books on the conflicts in the Middle East. Their analyses and their ... END_OF_DOCUMENT_TOKEN_TO_BE_REPLACED

On 27 March, Iran and China signed a 25-year accord intended to foster "strategic co-operation". Despite ongoing uncertainty over the deal's actual scope, content and chances of ... END_OF_DOCUMENT_TOKEN_TO_BE_REPLACED

Researchers agree that climate change alone cannot be blamed for the outbreak of war in Syria in 2011. However, neither can it be ignored as a reason this once blossoming country ... END_OF_DOCUMENT_TOKEN_TO_BE_REPLACED

END_OF_DOCUMENT_TOKEN_TO_BE_REPLACED
Social media
and networks
Subscribe to our
newsletter