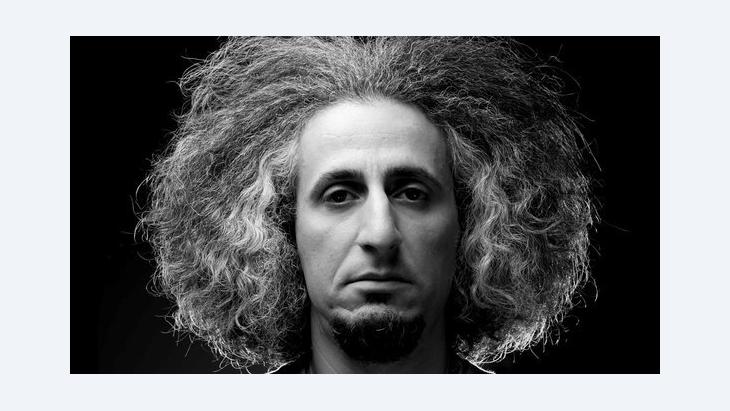 ﻿Mohsen Namjoo's visionary musical style has struck a chord with audiences both in Iran and beyond. Not only does the music break with tradition, it also reconciles Iran's young generation with the nation's classical musical heritage. By Marian Brehmer

﻿Mohsen Namjoo was born in Torbat-e-Jam in the Khorasan region. This area in northeastern Iran, which used to include parts of modern Turkmenistan and Afghanistan, occupies a special place in Iranian history. It was here, on the outskirts of the Islamic empire, that Persian Sufism first blossomed. Later, Ferdowsi, regarded as the father of Persian poetry, wrote Iran's national epic Shahnameh in Khorasan. He was succeeded in the centuries that followed by many other lyricists writing verses and melodies in Khorasan.

Every classical musician in Iran is aware of the legacy of these great masters. They were the ones who once penned mystical lines in florid pictorial language, thereby creating the Dastgahs. These sophisticated melodic systems form the basis upon which the Ostad (master) improvises his song. The tradition has remained intact to this day.

Mohsen Namjoo began taking tuition in classical Persian music at the age of 12. He later learned to play the setar, or Persian long-necked lute, and studied theatre and music at the University of Tehran. His teachers included some of the great masters of Persian vocal tradition. 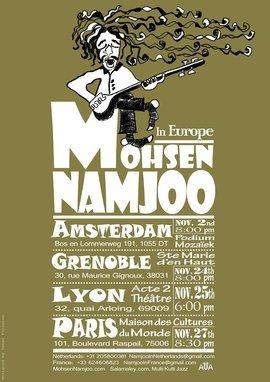 Equally popular both at home and abroad: Tours in recent years have taken Mohsen Namjoo to Europe and North America

​​He engaged with the classical poets, but also questioned his own culture. "I was thinking about why Iranian music is constantly criticized by the intellectual community for being behind the times," says Namjoo in an interview with the exiled Iranian artist Shirin Neshat. For example, if a poem by Hafiz is sung, then the singer takes both text and melody in its centuries-old, traditional form. "The question for me is, where is the art happening in all of this?" says Namjoo.

It was a question that the young musician could not ignore. He wanted to take his nation's rich treasure and create something new from it. Namjoo's interest in western music grew during his military service. He read the history of blues and rock, and developed plans for his own musical projects.

When he later found a producer who liked his visionary ideas, the first recordings came about. With a poem by the Iranian contemporary poet Ahmad Shamlu, the Persian tonbak drum and a guitar, Namjoo invented a fusion of eastern and western elements. He produced two albums in this style, but soon found himself up against the constraints imposed on musicians in Iran. If an album doesn't clear the censorship hurdles, it won't make it onto the market. It's a process that can sometimes take months, even years.

The officials didn't understand his music, and consequently withheld the necessary authorisation. Namjoo was in the process of giving up hope, when his music began trickling down and entered circulation. As so often the case in Iran, it found its way to young people as though of its own accord. The CDs were copied and disseminated. Although he didn't have a marketing strategy, the singer soon made a name for himself at home.

Namjoo released his first official album in the year 2007. It primarily features poems by Hafiz and Rumi. His in-depth knowledge of Persian poetry allows Namjoo to tailor the verses to the present and introduce his own texts into the arrangement. The poems appear in a new light, one that shines its beam directly onto the concerns and needs of today's generation.

The most exciting thing about Mohsen Namjoo's style is embodied in the first song, which like the CD itself is called Toranj: It begins with a typical melody line from the store of Dastgahs. But in the background you can hear percussion and piano, lending a bluesy buoyancy to what is usually a melancholy vocal. Then the song breaks free entirely from the old form. It almost sounds as though Namjoo is screaming the words written by Hafiz. His voice is engaged and somewhat raw. Now and again, elements derived from the classical tradition reappear. The entire piece oscillates between styles, thereby creating something totally new.

With Toranj, Namjoo struck a chord with the many young Iranians living both at home and abroad. For many young people who have found themselves to be increasingly alienated from the traditions of their country under the Islamic Republic, Namjoo's music was like a reconciliation. The old culture lives on in their hearts, but antagonism with the government's moribund rituals and arguments has become particularly marked in recent years. In the case of youngsters, this was also accompanied by a run on all things western which, unscrutinised, strained their relationship with their own heritage.

Mohsen Namjoo's blending of classical and modern also convinced many sceptics – but predictably, there are also those who perceive his music as an insult to Iran's great musical tradition.

Namjoo's popularity appeared to take the authorities by surprise. In the year that saw the release of Toranj, the government invited him to play at an official event for Imam Ali. "Yet, the room was filled with artists and musicians, rather than government officials," wrote the New York Times in 2007. It was this US newspaper that first referred to Namjoo as "the Bob Dylan of Iran", a moniker that helped to boost his popularity abroad.

Namjoo's texts, which often shine a critical light on conditions in contemporary Iran, are also bold. While his first record had to fulfil the requirements of the censor, his third album Oy (2009) is much more direct. His first song Hamash, in which Namjoo plays the setar, expresses the desperation of the young generation: "My heart is always full of woe, my body taken captive. I rip it open with a dagger, but it was not healed. I tormented myself, but it did not get better." For Iranians, Namjoo's allusions are clear: the dagger, for example, could be interpreted as a reference to the self-flagellation of the Shiite passion ritual on Ashura. 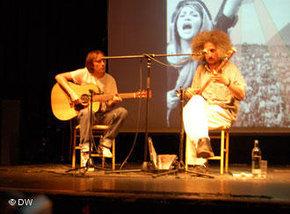 The "Bob Dylan of the Persian lute": Mohsen Namjoo in concert with the Iranian musician Babak Akhondi

​​A few lines further on, Namjoo's references are less ambiguous as he directly addresses the hypocrisy of his nation's elite: "We swear on the mullah with his mobile and the basiji with their files. We swear on Imam Hossein's heroism and Khomeini airport." Namjoo's satirical language is typical of a large section of the middle and upper classes, which have little more than derision left for their religious leaders.

In the year 2009, an Iranian court sentenced Mohsen Namjoo to five years imprisonment. The move was triggered by his song Shams, which is based on the Koranic Sura Ash-Shams. The Iranian state medium Press TV reported that had been charged for a "contemptuous recitation of Koranic verses." The court did not amend its ruling, even after Namjoo's formal apology.

Mohsen Namjoo has been living in the United States since 2008. He comments on this during the interview with Shirin Neshat: "(...) coming out of Iran, for me, personally, was not only a question of artistic freedom. Frankly, in Iran a lot of things bothered us, but it was not a lack of freedom that made us suffer. There were so many of us around; there was such energy and excitement, to play, to laugh and, have a good time (...) If they closed down one studio, we’d go somewhere else to record our work, until they shut that one down too."

In recent years, Mohsen Namjoo has toured North America and Europe. He's gradually started to connect with non-Iranian audiences, who can't understand the various layers of meaning in his music, but nevertheless appreciate its emotional quality.

Exile does not appear to have impacted significantly on Namjoo's style. Of all the tracks on his album Alaki, which was released in late 2011, Namjoo only composed one in the US.

Despite this, he says, some people would complain that his music hasn't been the same since he moved abroad. In the end, Namjoo must be only too familiar with the stereotypical images of Iranian artists in the US and Europe, so often described as "protest singers" and "the voices of exile". But Mohsen Namjoo has already won the battle waged by every artist to create something individual beyond the reach of all categorization.

Translated from the German by Ninca Coon

END_OF_DOCUMENT_TOKEN_TO_BE_REPLACED
Social media
and networks
Subscribe to our
newsletter