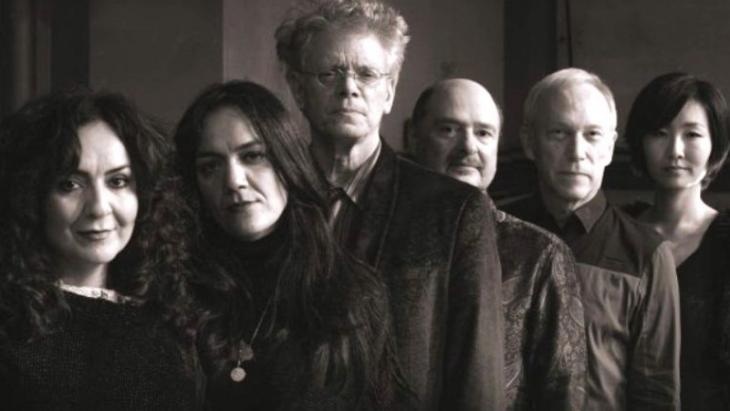 Beyond the dividing lines

A meditative case for the boundlessness of music and against political division: “Placeless”, a joint album by the Iranian sisters Mahsa and Marjan Vahdat and the Kronos Quartet. By Stefan Franzen

The Kronos Quartet has been entering into unusual collaborations since 1973. There can scarcely be a region of the world to which the four Americans, led by violinist David Harrington, have not paid a musical visit. But the CD they have recorded with the Persian sisters Mahsa and Marjan Vahdat might still occupy a special place in their immense catalogue of work – partly due to its spiritual depth, but also because of the controversial nature of any collaboration between Iran and the United States.

Right at the start of the interview, Mahsa Vahdat makes it clear that: "We arenʹt trying to convey any political slogans with our work. But our message is: all restrictions that politicians try to place on us, all walls, dividing lines, antagonisms, can be overcome by art and music."

Their first encounter with the Kronos Quartet was in 2016, when Mahsa Vahdat met the composer and arranger Sahba Aminikia in San Francisco, the city she now calls home. Aminikia had worked with the four string players before, and introduced them to the sisters. "The chemistry just worked," Vahdat recalls.

Delicate interplay between poetry and music

The following year, Aminikia arranged three pieces for voice and quartet. The Norwegian producer Erik Hillestad from the KKV label, with whom both Mahsa and Marjan Vahdat had already been recording for several years, heard the result and loved it; he wanted to produce a whole album with both sisters and the Americans. Then began the long process of working up the repertoire in Oslo.

"Of course there were challenges," says Vahdat. The CD wasnʹt her first U.S.-Iranian collaboration; in the past, she had also worked with the bluesman Mighty Sam McClain. "The slow opening sequences, which are quite free rhythmically – theyʹre called Avaz in Persian music – were something we had to do a lot of detailed work on. But challenges like that are necessary; the result has no meaning without them. We rehearsed for two years before we started recording in the wonderful acoustics of the Kulturkirken Jakob in Oslo. The more we got to know each other, the more new sounds we discovered. Time and maturation played a big role."

These things were quite central to the process, because each delicate interplay between poetry and music had to be "got by listening": all the pieces go back to melodies that Vahdat wrote in the spirit of Persian classical music and folklore. "I create new things out of these old scales, fit them to my own aesthetic way of thinking, my own expression. And I also give pieces a regional flavour, as in the song ʹFar Away Glaceʹ, which is based on music from Khorasan," she explains.

In the spirit of Rumi

Her melodies are a vehicle for the 800-year-old poetry of the Sufi poets Rumi and Hafez, but also contemporary verses by Mohammad Ibrahim Jafari, Atabak Elyasi and Forough Farrokhzad. The last of these has an exceptional position in Iranian poetry: she was already writing from a very feminine perspective 50 years ago, and so has become a symbolic figure in todayʹs Iran, in the era of restrictions on women in Iranian society.

"But the old and the new verses have a lot in common," says Vahdat. "Hafez, too, denounced hypocrisy and the misuse of religion to control people." She is particularly inspired by the two-faced, "floating" character of the love-poem, in which the physical and the spiritual are mixed, with physical attributes like the hair of the beloved also acting as a metaphor for something divine.

"My sister and I spent many years searching for a way to convey spirituality and longing in our singing. Many of our listeners arenʹt Iranian, they donʹt know anything about these poems, but they should understand them all the same. I believe the Kronos Quartet has been able to pick up on the spiritual mood of these poems, without necessarily understanding the words." And how does the result sound?

A feeling of "placelessness"

When Mahsa and Marjan Vahdat sing rhythmically free, soulful vocal lamentations, the string players sometimes merely provide smoky drones and single, lasting notes, as in Farrokhzadʹs "The Sun Rises". Elsewhere, there is an elaborate score that uses pizzicato and impressionistic harmonies reminiscent of Ravel ("I Was Dead"). "Vanishing Lines" puts you in mind of a quartet movement from the western Romantic period. And dance-like touches lighten the serious repertoire in "Fate Astray". The pieces are also enlivened by the interplay between the two sistersʹ voices: Mahsa with her more lyrical tone, trained in Persian classical music, and Marjan, who can bring in regional colour and imitate accents – with a "fearless expressivity," as her sister puts it.

The album is an intense dialogue between two cultures that in day-to-day political life are arch enemies. Which is what led to its title, "Placeless". It is taken from a Rumi poem from the Divan-e Shams-e Tabrizi, in which the Sufi poet says that he feels he doesnʹt belong to any religion, any geographical place, neither the earth nor the firmament. He ends with the famous verse: "My place is the placeless, my trace is the traceless."

For Mahsa Vahdat, this reflects the character of this project perfectly: "It means existing in a place beyond all borders, not having any shackles. That has always been the philosophy of the Kronos Quartet and now of our work together. Itʹs important for me, too: the past few years Iʹve travelled a lot, Iʹm always on the move, since I canʹt work in my homeland. Yes, my roots lie in Iran, but I can become one with listeners all over the world. The place where I sing then becomes my home, and at the same time I have that feeling of ʹplacelessnessʹ."

Home
Print
Newsletter
More on this topic
The Iranian singer Mahsa Vahdat: "Every place can be my stage"Interview with the Iranian virtuoso Kayhan Kalhor: For the love of improvisationIranian musician Shahram Nazeri: The Persian nightingale and the flowers of hope
Related Topics
Iranian music, Musical worlds, Places of Dialogue
All Topics

On Friday, Iranians head to the polls to elect a new president. What's at stake in this presidential election? Sanam Shantyaei explains. END_OF_DOCUMENT_TOKEN_TO_BE_REPLACED

For centuries, the great classical Persian author Hafez has inspired German writers. Translations, adaptions and homages have been created in his wake, and the process continues ... END_OF_DOCUMENT_TOKEN_TO_BE_REPLACED

In the run up to Iran’s presidential election, Supreme Leader Ayatollah Ali Khamenei has sought to entrench his power. Alex Vatanka asks whether a sharp slump in voter turnout ... END_OF_DOCUMENT_TOKEN_TO_BE_REPLACED

Turkey's parliamentary and presidential elections are scheduled for June 2023. But they are already casting a shadow. While the opposition is calling for early elections, ... END_OF_DOCUMENT_TOKEN_TO_BE_REPLACED

Despite promises to the contrary, the social and economic situation in Iran deteriorated under President Rouhani, prompting two nationwide revolts in recent years. Yet the social ... END_OF_DOCUMENT_TOKEN_TO_BE_REPLACED

END_OF_DOCUMENT_TOKEN_TO_BE_REPLACED
Social media
and networks
Subscribe to our
newsletter