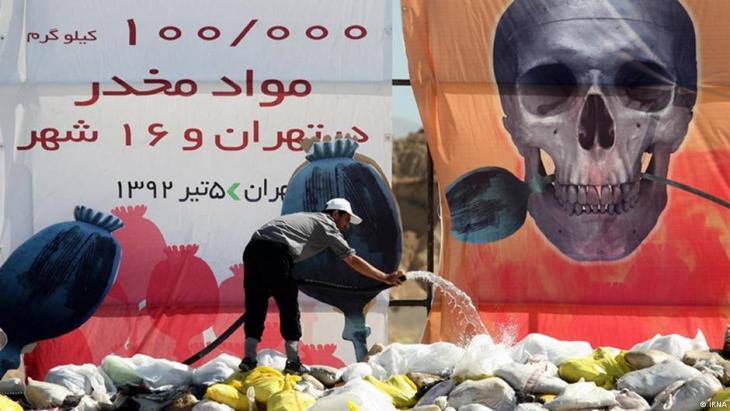 The Islamic Republic has a drug problem

Headlines about Iran usually focus on its nuclear deal with the global powers, its controversial missile programme, not to mention international sanctions. The deep-rooted domestic challenges that the country faces get less attention. One of them is a drastic rise in narcotics consumption in the past ten years. By Mitra Shahrani

Local reports and statistics indicate that Iran’s government has failed to adequately address what has become a looming crisis. The UN Office on Drugs and Crimes considers the situation to be one of the most serious internationally. Opiates are the main cause of concern.

Iran′s drugs crisis is complex. In June 2017, Iran’s Drug Control Headquarters reported that, according to a representative survey, the number of drug addicts was between 2.8 million to 3 million people of the ages 15 to 65 years. Observers believe the real number to be even higher, but the official data indicated that narcotics abuse had doubled in six years. In August 2018, a member of the Iranian parliament’s Social Affairs Committee revealed that some addicts in Iran are as young as 11.

Indeed, one trend is that drug abuse is spreading among women and children. Sometimes, addicted women even give birth to addicted infants. The new-borns tend to live very short lives or struggle with the difficult withdrawal process.

Typically, older addicted children are from poor families who live in impoverished areas on the outskirts of metropolitan cities. They are constantly exposed to narcotics and some of them are used by their families to sell drugs or procure them for their parents.

Poverty probably pushes many people towards narcotics abuse, but not all addicts are poor. The escalation of Iran’s drug problem seems like a national epidemic, affecting people of different backgrounds. To some extent, the middle classes may use drugs for recreational purposes, but hopelessness seems to be an important issue. 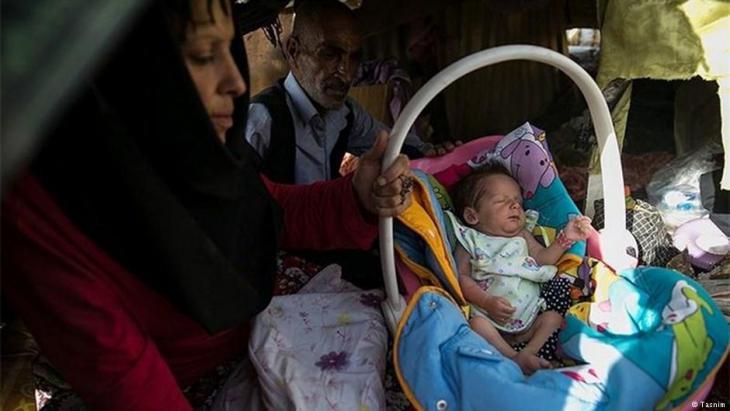 Shocking development: one particularly worrying trend is the growth of drug abuse among women and children. Sometimes, addicted women even give birth to addicted infants. The new-borns tend to live very short lives or struggle with the difficult withdrawal process

Despair is widespread and believed to be growing because people lack economic and political prospects. Economic hardship resulting from decades of mismanagement and corruption, as well as international sanctions, is having a strong psychological impact on society.

Another important factor is Iran’s geographical location. The country is close to the hub of the world’s opium production. Afghanistan produces about 90 % of the world’s poppy harvest and opiates are smuggled from there to all other countries. Iran shares 921 kilometres of porous borders with Afghanistan. Transit routes run through Iran and various narcotics are easily available.

In his book "Ground Zero: 9/11 und die Geburt der Gegenwart" (Ground Zero: 9/11 and the Birth of the Present) Islamic scholar Stefan Weidner analyses the consequences of the ... END_OF_DOCUMENT_TOKEN_TO_BE_REPLACED

To Afghans, the name "Panjshir" evokes associations with the Tajik resistance against the Soviets during the 1980s. But the special charm of the province lies in its landscape. ... END_OF_DOCUMENT_TOKEN_TO_BE_REPLACED

The USA and NATO plan to withdraw from Afghanistan by September. The operation is risky, the outcome uncertain. Many Afghans fear civil war. The quake on the Hindu Kush will also ... END_OF_DOCUMENT_TOKEN_TO_BE_REPLACED

Even in times of war and pandemic, refugees are still being deported to Afghanistan. Several deportation flights have taken place in recent weeks alone. Since those affected often ... END_OF_DOCUMENT_TOKEN_TO_BE_REPLACED

The Prophet Muhammad never executed anyone for apostasy, nor encouraged his followers to do so. Nor is criminalising sacrilege based on Islam’s main sacred text, the Koran. In ... END_OF_DOCUMENT_TOKEN_TO_BE_REPLACED

Comments for this article: The Islamic Republic has a drug problem

Economic and social factors, yes. I wonder why after 17 years the most "civilised", richest and powerful state on earth - the U.S. - has been unable to defeat Taliban and eradicate drugs in Afghanistan

END_OF_DOCUMENT_TOKEN_TO_BE_REPLACED
Social media
and networks
Subscribe to our
newsletter