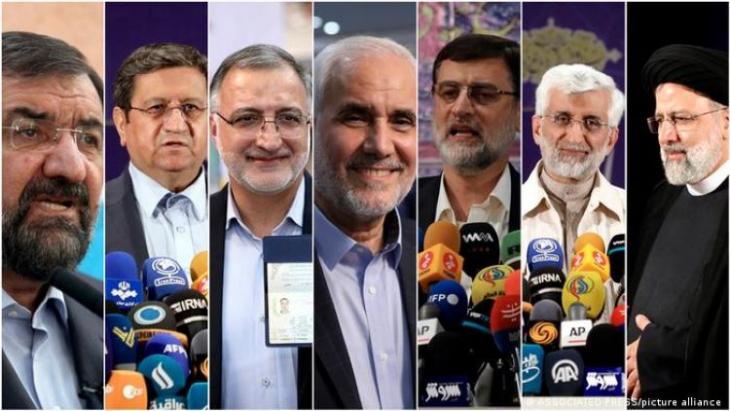 Despite promises to the contrary, the social and economic situation in Iran deteriorated under President Rouhani, prompting two nationwide revolts in recent years. Yet the social question continues to be neglected by all factions of the elite. Meanwhile the country urgently needs social reform. By Ali Fathollah-Nejad and Arash Sarkohi

On 18 June Iran will elect a successor to President Hassan Rouhani, who will be stepping down after eight years in office. However, although the socio-economic situation in the country has deteriorated dramatically during Rouhani’s presidency, the Iranian elite continues to sideline the question of social justice.

Iran’s acute socioeconomic crisis is manifested in a largely poverty-stricken lower class and a dwindling middle class – both potential political powder kegs. Moreover, Rouhani’s presidency has been punctuated by a series of social protests. Recent years have seen almost daily demonstrations by workers, teachers, pensioners, and other groups. These culminated in nationwide protests in late 2017/early 2018 and in November 2019, brutally repressed by the state in both cases.

Although the "social question" is such a burning topic, none of the presidential candidates – whether from the reformist, centrist, conservative, or principlist camp, or from the ranks of the Revolutionary Guards – have given it the attention it merits. Politicians instead merely pay lip service to these concerns, with only intermittent calls to fight corruption. On the other hand, foreign policy issues, such as renewed negotiations with the United States regarding the Iranian nuclear programme, are placed high on the agenda.

It is worth recalling in this context that social justice numbered among the principal aspirations of the Iranian Revolution that led to the establishment of the Islamic Republic. However, it rapidly became apparent, especially after the end of the Iran-Iraq war in 1988, that revolutionary promises made to the "downtrodden", such as an apartment for every Iranian or free electricity and water, had been merely hollow phrases – Khomeinists appropriating the left-wing discourse that defined the zeitgeist of that era. 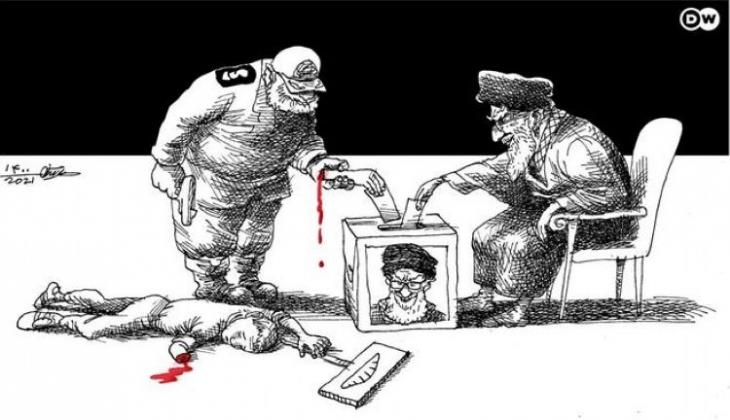 Sidelining the question of social justice: Iran’s acute socioeconomic crisis is manifested in a largely poverty-stricken lower class and a dwindling middle class – both potential political powder kegs. Recent years have seen almost daily demonstrations by workers, teachers, pensioners and other groups, culminating in nationwide protests in late 2017/early 2018 and in November 2019, which were brutally repressed by the state. Despite being such a burning topic, none of the presidential candidates – whether from the reformist, centrist, conservative, or principlist camp, or from the ranks of the Revolutionary Guards – have given the "social question" the attention it merits

Reviewing presidential elections since the Iran-Iraq war reveals that 2021 will not be the first time that the "social question" has been ignored. President Ali Akbar Hashemi Rafsanjani (1989-97) advocated economic reconstruction in his campaign slogans and pushed ahead with privatisation throughout the economy in the name of "development", but his efforts triggered severe social unrest, which was suppressed in 1992. His successor, Mohammad Khatami (1997-2005), focused on civil liberties and democratisation (within the Islamic Republic’s rigid boundaries). He did not, however, put his slogans into practice and proved unable to implement any significant changes. On the social and economic front, he simply continued his predecessor’s policies.

Mahmoud Ahmadinejad (2005-13) was the first president to bring the social question to the fore. After two and a half decades of Iranian "illiberal neoliberalism", the social divide had grown wider, making a mockery of the revolutionary ideals of an Islamic Republic that would provide for the "downtrodden". Ahmadinejad’s campaign pledge that income from oil exports would translate into improved food supplies for Iranian households degenerated into a populist manoeuvre.

He pursued a programme of social housing and universal health insurance – and is one of the few senior politicians in the Islamic Republic who has not been shown to have lined his own pockets. Having adopted a number of populist promises and policies, he enjoys widespread popularity to this day, especially among the lower class. The targeted monthly cash payments he introduced when reforming subsidies on food and energy went some way to reducing income inequality in the country, albeit with the downside of high inflation.

On Friday, Iranians head to the polls to elect a new president. What's at stake in this presidential election? Sanam Shantyaei explains. END_OF_DOCUMENT_TOKEN_TO_BE_REPLACED

For centuries, the great classical Persian author Hafez has inspired German writers. Translations, adaptions and homages have been created in his wake, and the process continues ... END_OF_DOCUMENT_TOKEN_TO_BE_REPLACED

In the run up to Iran’s presidential election, Supreme Leader Ayatollah Ali Khamenei has sought to entrench his power. Alex Vatanka asks whether a sharp slump in voter turnout ... END_OF_DOCUMENT_TOKEN_TO_BE_REPLACED

Turkey's parliamentary and presidential elections are scheduled for June 2023. But they are already casting a shadow. While the opposition is calling for early elections, ... END_OF_DOCUMENT_TOKEN_TO_BE_REPLACED

END_OF_DOCUMENT_TOKEN_TO_BE_REPLACED
Social media
and networks
Subscribe to our
newsletter