The agenda pursued by Hassan Rouhani (2013-2021) primarily entailed reaching a nuclear deal with the West so U.S. sanctions could be lifted and Iranians’ economic situation would improve. However, these hopes were dashed when the July 2015 nuclear deal failed to improve the country’s socio-economic prospects. Instead, increasing income inequality led to growing social frustration. The situation came to a head three years later when Donald Trump withdrew from the nuclear agreement and reimposed crippling U.S. sanctions.

Fallout from Trump's de-certification of the nuclear deal

A dramatic devaluation of the Iranian rial ensued, along with horrendous inflation on a scale never before experienced in the Islamic Republic’s history, which subsequently led to more widespread impoverishment. Official figures indicate that two years ago 19 million people, as many as one in three city dwellers, were living in slums.

This state of affairs sparked the uprisings in 2017/18 and 2019 that challenged the entire regime. Although the Islamic Republic and many local observers have portrayed the protests as a direct consequence of sanctions, their root causes lie in social injustice, poverty, and corruption, not to mention the dearth of opportunities for political participation and the predominance of authoritarian structures – factors that predate the U.S. sanctions.

This distinguishes the current struggle from previous unrest, for example in the aftermath of the disputed 2009 elections or the student protests in 1999, where it was mainly the urban middle class making its voice heard. Those demonstrations focused on civil rights, with scant attention paid to social issues. The 2017/18 and 2019 protests, in contrast, were sparked mainly by socioeconomic factors.

The trigger for the November 2019 uprising, for example, was a threefold rise in gasoline prices, literally overnight. These protests took a somewhat different form, employing more radical slogans that challenged not only one camp but the entire system: reformists and hardliners alike, clerics and the Revolutionary Guards. In response, the regime adopted an unprecedented rod-of-iron strategy: during an Internet blackout that lasted more than a week, an estimated 1,500 people were executed, some quite openly on the streets.

Despite this explosive situation, none of the candidates has thoroughly engaged with the social question in the run-up to the presidential election. Even reformist Mostafa Tajzadeh, now banned by the Council of Guardians from standing in the election, has not commented on the social question, even though he has made radical demands in other contexts, calling for example for constitutional amendments.

It comes as no surprise, however, that politicians are turning a blind eye to social issues. Reformists, who view the middle class as their primary electorate, have attempted to lure these voters to the polls over the past 20 years by calling for civil liberties and individual freedoms, while also pledging to reconcile Islam and democracy. 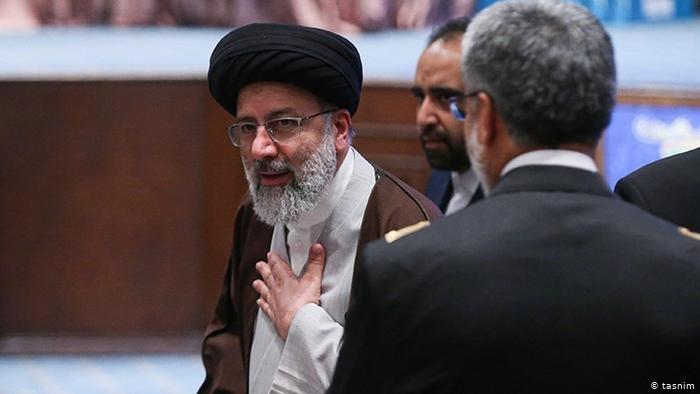 Favourite of the hardliners: Ebrahim Raisi, a 61-year-old cleric, is running for the second time; in 2017 he lost to incumbent President Rouhani. In 2019, he was appointed head of the judiciary by religious leader Ayatollah Khamenei and is being touted as a possible successor to Khamenei. In the 1980s, Raisi was part of the so-called "death committee" responsible for executing thousands of political prisoners 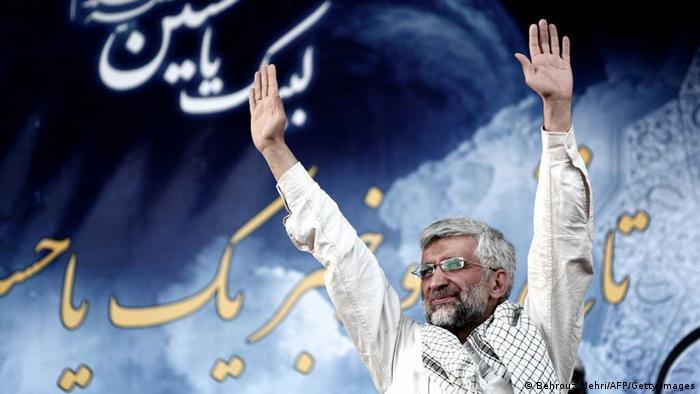 On course for confrontation: Said Jalili is chairman of Iran's Supreme National Security Council. The 55-year-old was deputy foreign minister under President Ahmadinejad and led nuclear negotiations for Iran until 2013, the same year he ran against the more moderate Hassan Rouhani. The conservative Jalili stands for a tough foreign policy course against the West 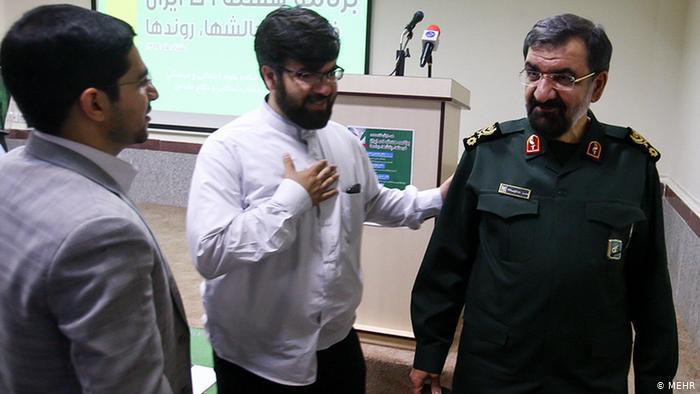 Fourth attempt: Mohsen Resai is a member of the Revolutionary Guards. The 67-year-old general is currently secretary general of Iran's Arbitration Council. The Arbitration Council is called upon in the event of conflicts between the Council of Guardians and parliament. Mohsen Resai is running for president for the fourth time: he previously ran for president in 2005, 2009 and 2013 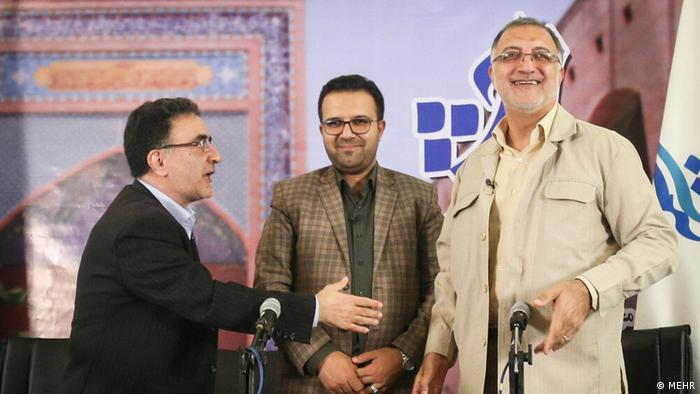 Critic of Rouhani: 55-year-old Aliresa Sakani (r.) is head of the state parliamentary research centre. He registered to run for president in 2013 and 2017, but was disqualified each time. It is not known why he was rejected then and has been allowed to run this time. Sakani is among the fiercest critics of the government of incumbent President Rouhani 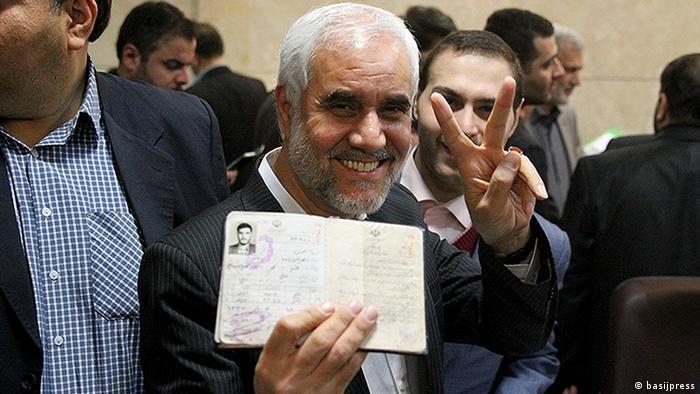 The reformist forces' candidate? Mohsen Mehralisadeh was head of the National Sports Organization under President Khatami (1997-2005). In 2005, the politician, now 66, ran for president, but was initially disqualified and then admitted after the religious leader intervened, probably with the intention of increasing voter turnout. The winner of the election was Mahmoud Ahmadinejad 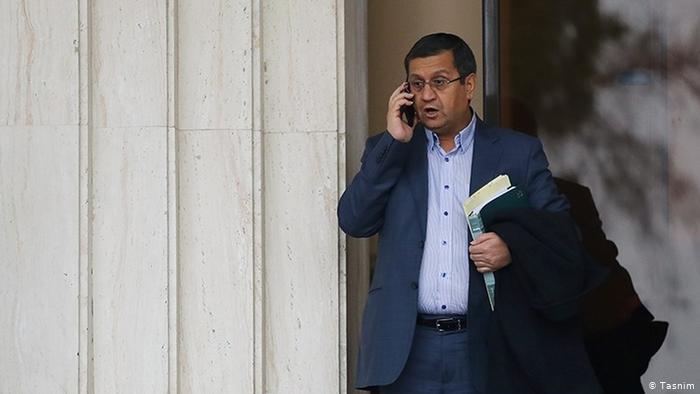 Economic focus: Abdulnaser Hemmati is head of Iran's central bank. After the candidacies of Vice President Jahangiri and former parliamentary speaker Larijani were rejected by the Guardian Council, he is considered the moderate candidate most likely to maintain Rouhani's course. Hemmati is emphasizing his political independence and points to his plans for rebuilding the economy 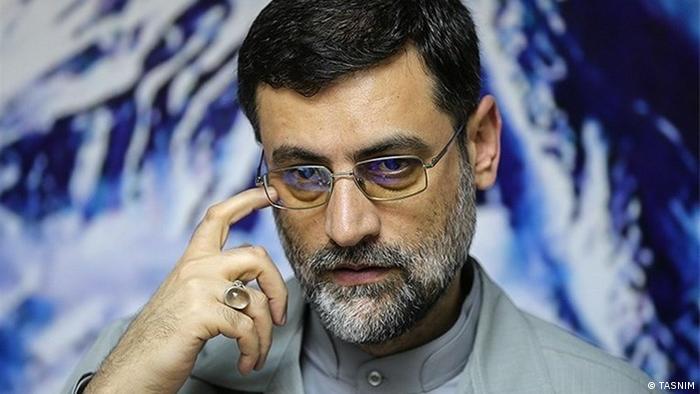 Shaky candidate: Amir-Hossein Ghasisadeh Hashemi has been a member of Iran's parliament since 2008. The 50-year-old conservative politician sees himself as a representative of the younger generation and is trying to score points with popular election promises such as the abolition of compulsory military service. Given his poor chances, he may withdraw his candidacy and support Ibrahim Raisi

The lower class, often categorised as conservative and religious, has traditionally tended to support the principlist or hardliner camp. However, the protests during Rouhani’s presidency revealed just how much support the regime had lost among the lower classes, previously seen as its bedrock within society.

The countrywide protests that erupted in 2017/18 came barely two years after the nuclear deal and the lifting of sanctions – in other words, at a time when Iranians should have been beginning to experience the deal’s economic impact. However, the general populace did not feel the benefits of economic recovery, which mainly favoured members of the elite with close links to the regime. One of the most striking aspects of the protests in recent years is that the lower middle class and the lower class, people in small towns and villages right across the country, are spearheading the dissent.

On Friday, Iranians head to the polls to elect a new president. What's at stake in this presidential election? Sanam Shantyaei explains. END_OF_DOCUMENT_TOKEN_TO_BE_REPLACED

For centuries, the great classical Persian author Hafez has inspired German writers. Translations, adaptions and homages have been created in his wake, and the process continues ... END_OF_DOCUMENT_TOKEN_TO_BE_REPLACED

In the run up to Iran’s presidential election, Supreme Leader Ayatollah Ali Khamenei has sought to entrench his power. Alex Vatanka asks whether a sharp slump in voter turnout ... END_OF_DOCUMENT_TOKEN_TO_BE_REPLACED

Turkey's parliamentary and presidential elections are scheduled for June 2023. But they are already casting a shadow. While the opposition is calling for early elections, ... END_OF_DOCUMENT_TOKEN_TO_BE_REPLACED

Starting 29 May, the "Epic Iran" show at London's Victoria & Albert Museum delves into 5,000 years of art, design and culture of the country. ... END_OF_DOCUMENT_TOKEN_TO_BE_REPLACED

By stage-managing his re-election in a poll widely dismissed as a farce, Syria's President Bashar al-Assad has killed two birds with one stone: he has forced his compatriots to ... END_OF_DOCUMENT_TOKEN_TO_BE_REPLACED
Author:
Ali Fathollah-Nejad & Arash Sarkohi
Date:
Mail:
Send via mail

END_OF_DOCUMENT_TOKEN_TO_BE_REPLACED
Social media
and networks
Subscribe to our
newsletter