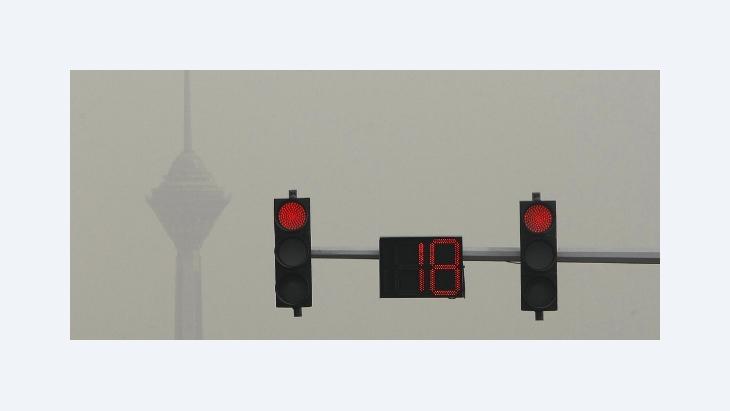 ﻿The organizers at this year's Fajr Festival appear to have been chiefly concerned with issuing the mandatory conclusion that in view of the countless protest movements, the West is at the end of its tether. But even at this state-sponsored cultural event, Iran's very own crisis is tangible. Amin Farzanefar reports

﻿The Iranian capital Tehran is one of the most polluted cities in the world. At an altitude of 1,500 metres, the thinning air is exacerbated by the fact that due to fuel supplies limited by sanctions, three-and-a-half million cars run on home-brewed diesel. On good days, you can just about make out the Milad Tower – the film festival took place on the ground floor of the 6th tallest tower in the world in the world – through the haze of smog. But even here, Iran's crisis is tangible.

For a while, it was touch and go whether the festival would take place at all, due to concerns that there was barely enough celluloid material to make the film copies. Organisation was more chaotic than usual: The catalogue wasn't ready until three days after the festival had had begun, few of the films had been subtitled, and simultaneous interpretation for foreign correspondents and curators, of which there only appeared to be a handful on this occasion, also came to an end at some point.

Discussing Islamophobia and Iranophobia in Tehran

A conference held on the sidelines of the festival – the "Third International Conference on Hollywood and Cinema" – attracted considerably more international guests than the event itself. 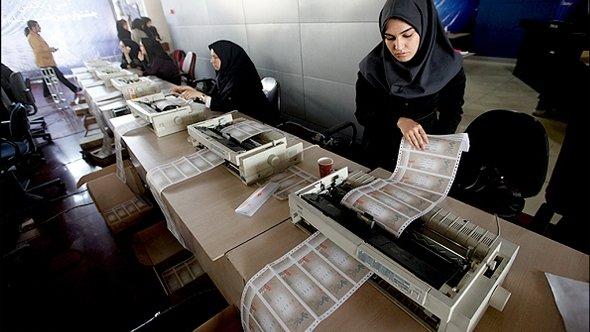 Laming enthusiasm: Ticket sales at this year's Fajr Festival were lower than usual. Moreover, organisation was more chaotic than usual: The catalogue wasn't ready until three days after the festival had had begun

​​Held at the luxury Azadi Hotel – the name means "freedom" – the meeting involved 50 experts from mostly western nations spending four days discussing the subject of Islamophobia and Iranophobia: the negative clichés of western movie culture in relation to Islam and Iran.

Special attention in this debate was afforded to Ben Affleck's "Argo", which has just won an Oscar. The film is set in 1979 during the hostage crisis at the US embassy in Tehran, when a CIA agent smuggled six hostages out of the country by claiming they were working on a trashy science fiction movie.

Shortly before, the Iranian government had announced it would be financing a movie to correct what it claims is the distorted and one-sided US reading of the story with a version based on historic truths as told by eyewitness reports. It remains to be seen whether or not this new Iranian version will include the embarrassing detail that the authorities took seven days to realise that the hostages had escaped.

﻿Part of a worldwide anti-imperialist movement

When conference participants demand that the omnipotence of Hollywood movies should be countered by a bolstering of independent media and the Internet, it should be noted that this demand is being issued in a country with strict Internet censorship, where just a few days previously, 16 journalists were arrested...

Conference participants meanwhile perceive themselves as part of a worldwide movement encompassing Africa, Asia and Latin America and seeking affiliation with the Occupy movement. An honourable approach, but its concrete configuration turned out to be highly tendentious: The US film industry is essentially viewed as part of a Zionist-Imperialist conspiracy. 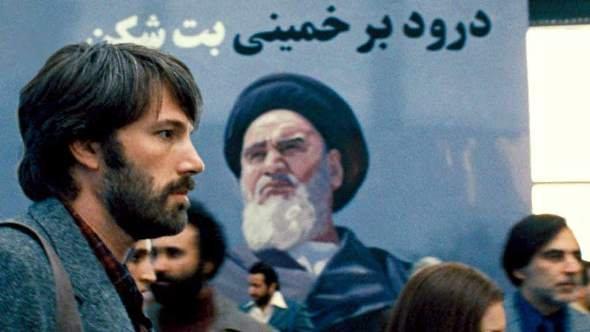 "Distorted and one-sided US reading": Ben Affleck's "Argo" tells the story of the rescue of six U.S. diplomats from Tehran during the 1979 Iran hostage crisis. The Iranian government has announced it will be financing a movie according to the Iranian version of events. "Argo" recently won three Oscars, a further provocation for Tehran

​​Whether by reputable or dubious means, organisers appear to have been chiefly concerned with issuing the mandatory conclusion that in view of the countless protest movements, the West is at the end of its tether and that only Islam can offer salvation.

The ﻿peculiarities of Iranian cinema

Conditions for filmmakers in Iran have never been ideal, but censorship has led to the development of a complex, ambiguous pictorial language. Constraints are especially invasive at present – although 80 films have again been made despite the restrictions. The children featured in many Iranian movies of the past, and which enjoyed success at international festivals, have now grown into young adults, tired and mellow. Iranian cinema used to be about solidarity, now it's all about an unbridled greed for money.

"We've become wolves for each other," says a taxi driver on the way to the Milad Tower. You hear utterances like this frequently, in taxis and in movies.

Social criticism is acceptable to a certain degree – as long as it is not open criticism of the system. Asghar Farhadi's sensational Berlinale and Oscar success "A Separation", for example, which is representative of a whole series of social-realist films on the crisis of a middle class crippled by heightened economic and ideological limitations.

But all in all – and in particular following election unrest of 2009 – filmmakers now have even less room for movement: Arrests have been made, people have been banned from pursuing their profession, and the independent alliance "Khaneh Cinema" was closed down.

An observation: international isolation and control of the public arena are increasingly leading to a transposition of the action to places behind closed doors, also in films. Following a breathtaking opening sequence heralding something more akin to a roadmovie, Parviz Shahbazi then consigns "Darband" to the rooms of an illegal female student flatshare. This movie also addresses the issues of money, greed and deception: In the end, a female student absconds to the West with her roommates' cash. 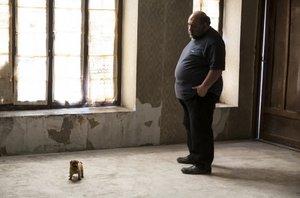 Politics creeping into cinema: "International isolation and control of the public arena are increasingly leading to a transposition of the action to places behind closed doors, also in films," Amin Farzanefar observes. - Scene from Maijid Barzegar's "Parviz"

​​"Acting Class" by Reza Davoudnejad is a quite bizarre family drama –made with a hand-held camera, interspersed with commentaries from the actors and director, in the style of a film workshop – enthusiastic, playful, avant-garde and filmed almost exclusively in an apartment. This conjures up a mercurial, spontaneous portrait of a large Iranian family.

Davoudnejad serves as a kind of master of ceremonies, commenting on the action with a felt-tip pen and a flip chart. "The world's not good," complains the unhappy grandmother in the film. "Then let's just make another one!" says the 50-year-old brightly, erasing the sentence. The spontaneous burst of applause from the audience in moments such as this one is evidence that people do still harbour some hope.

Dariush Mehrjui, founding father of the Iranian "Nouvelle vague" in the 1970s presented "How great you're back", a film showing old friends celebrating the return of another friend to the Caspian Sea: a surprisingly familiar middle class milieu experimenting with yoga, healing stones and other substances, as though searching for an alternative to prescribed piety.

Mehrjui, a controversial figure due to the turbulent twists and turns of his own life, contrasted the self-righteous perspectives of this year's Fajr Festival with something Dionysian – although this time, audiences were less receptive to the capers.

Nevertheless Mehrjui's film was screened in a large cinema, while less agreeable movies are hidden away in smaller venues and screened at later times. Independent filmmakers are not really made to feel part of the Fajr Festival, but neither are they embraced anywhere else – so although they may welcome the solidarity of the Berlinale with the persecuted director Jafar Panahi currently under house arrest, they also bemoan the fact that other films made under the most difficult conditions but without publicity, have little chance of being screened at any of the major festivals.

"Parviz" by Maijid Barzegar, without doubt one of the best works shown as this year's event, is one of the few films to have already been screened at international festivals. The 50-year-old, emotionally somewhat retarded Parviz is thrown out of his house by his father, quickly learns how heartless other people can be and begins to establish a reign of terror. This touches on many virulent issues: A lack of perspectives, a lack of social coherence, an order based on power structures, general social and economic crisis.

Long queues gathered for the second late screening of "Parviz" at the Azadi cinema, spectators chanted demands to be let in, with security forces eventually threatening to use tear gas to disperse the crowds. There it is again: protest bubbling up from the street.