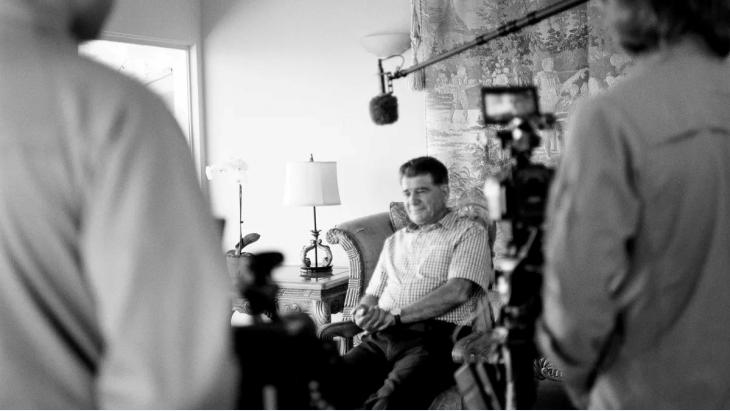 "The Voice of Dust and Ash" draws us into the life and times of Iranian maestro Mohammad Reza Shajarian with passion and joy, focusing on the man who stood, and still stands, for a nation. By Richard Marcus

Mohammad Reza Shajarian's own life (d. 2020) is inextricably linked with contemporary Iranian history from World War Two to the present. Telling Shajarian's life story, The Voice of Dust and Ash also shows how he grew to be a leading figure in Iranian culture and become identified with the struggle for both artistic and personal freedoms in Iran.

In telling us Shajarian's history, director Mandana Biscotti recounts the story of Iran since the end of the Second World War. After the Americans and the British backed a coup to overthrow the country's post-war elected government, which sought to nationalise Iran's oil and gas, the monarchy, in the form of the Shah of Iran was placed in charge.

Initially, political leadership mattered little to Shajarian. His training wasn't in music, but in reciting the Koran for public events and prayers. Indeed, his father was a very religious man who was vehemently opposed to the idea of his son performing music.

A boy recites the Koran

In detailing his early years, Biscotti shows us how Shajarian's early training prepared him for the concert hall. At a young age he would be called upon to recite the Koran for large assemblies of people – including political rallies during the time the government was nationalising the oil and gas fields. A mere ten or eleven years old, Shajarian would open proceedings with recitations from the Koran and then the political speeches would begin. 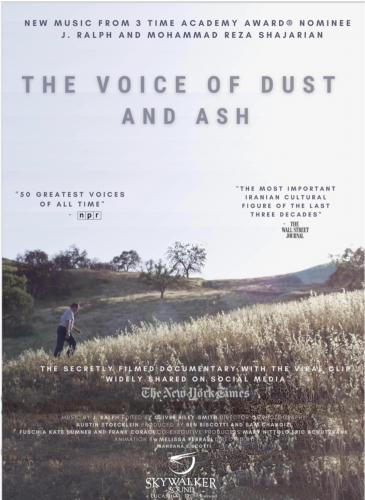 The directorial debut of Iranian American filmmaker Mandana Biscotti, the film is a definitive exploration of Shajarian’s music, lyrics and songs – all of which coincide with Iran’s watershed moments

While his father was against music, Shajarian's mother inherited a love of music from her family. They firmly believed it was good for society and a person's soul.

Thus, despite his father's opposition, Shajarian began to sing. First in secret with family members accompanying him, and then publicly.

At the time when he was first coming to prominence, Western music – both popular and classical – was making its influence felt in Iran.

The Shah's wife Farah Pahlavi organised massive cultural events featuring musicians from all over the world while giving the traditions of Iran short shrift.

However, Shajarian was such a compelling and dynamic performer that he, alongside the musicians who played with him, kept Iranian music in the public eye.

Unfortunately, Shajarian and other musicians soon fell foul of the Shah's repressive regime. Ultimately the authorities refused to allow his music to be played on state radio.

Shajarian's life, like many others in Iran, changed for the worse with the advent of the Islamic Republic that still rules the country.

The Voice of Dust and Ash reveals how he managed to push the government to allow music to be performed in public after they had initially banned it.

However, his loyalty to his art soon brought him into conflict with the ayatollahs. Included in the film are many instances of the small ways he resisted and defied government edicts.

The 'bird of dawn'

When touring outside of Iran he allowed women to perform with him on stage and played songs advocating freedom. He would repeatedly close all his concerts with his most famous song, "Morghe Sahar", ('the bird of dawn'), which tells the story of a caged nightingale that is called upon to break free and sing a song of freedom. These days, the song is the unofficial national anthem of the people of Iran.

Of course, the implications of the song, along with Shajarian's small acts of rebellion, refusing to play the new national anthem before his concerts in Iran for instance, didn't endear him to the government. The regime realised, however, that they couldn't arrest him either – he was too well known and too well revered by the people for them to risk it.

When the Iranian clerics refused to accept the results of the 2010 election, which would have seen a moderate president installed, the people took to the streets in what became known as The Green Wave. When President Ahmadinejad, who was overseeing the crackdown on the protesters, called them merely dust and ash, detritus to be swept away, Shajarian spoke out and said he was the voice of dust and ash.

While the Iranian government couldn't, or wouldn't arrest him, they did stop allowing his music to be played in public. He was no longer able to perform and his music was banned from state radio.

A life of sung protest

The Voice of Dust and Ash is an extraordinary movie about an incredible man. He made art in the face of government indifference and repression under two successive regimes and never lost his spirit, or the will to be creative and speak the truth. He was a force of nature and a symbol of freedom for Iranians both at home and living in exile.

Biscotti has done a remarkable job, combining archival footage of both Shajarian and Iranian history with interviews to create a moving and informative movie. The interviews stress Shajarian's importance to Iran culturally and socially. They give us the background necessary to understand his elevated status.

The interviews with the maestro himself, as he tells his story and recounts what he has experienced, form the heart of the movie. We meet a modest and unassuming man who works in his garden and makes musical instruments. It's hard to see him as a threat to anyone's power. Although when he talks about his music and freedom, his quiet conviction makes it obvious why the government feared him so much.

With his death from cancer in 2020, a voice for freedom and compassion was silenced. Yet, as we watch the news and see brave men and women currently risking their lives on the streets of Iran we can almost hear Shajarian's voice singing for them.

Short movies nominated for an Oscar often don't get wide public attention. But when one is about an Iranian girl seeking freedom from male domination by taking off her veil, ... END_OF_DOCUMENT_TOKEN_TO_BE_REPLACED

World-famous Iranian film director Jafar Panahi has been incarcerated for several months, even though Iran's Supreme Court overturned the verdict against him. Now, he has gone on ... END_OF_DOCUMENT_TOKEN_TO_BE_REPLACED

Young women are driving forward the protests against the Iranian regime, which have been going on for months. Literature provides clues as to why that should be, and why the ... END_OF_DOCUMENT_TOKEN_TO_BE_REPLACED

Visiting the country of her parents, murdered by the Iranian regime in 1998, German-Iranian artist Parastou Forouhar finds a changed society: hopeful, strong and courageous, ... END_OF_DOCUMENT_TOKEN_TO_BE_REPLACED

Ballet performances are prohibited in Iran. In her film "1001 Nights Apart", director Sarvnaz Alambeigi documents the history of dance in the Islamic Republic. By Fahimeh Farsaie END_OF_DOCUMENT_TOKEN_TO_BE_REPLACED

END_OF_DOCUMENT_TOKEN_TO_BE_REPLACED
Social media
and networks
Subscribe to our
newsletter