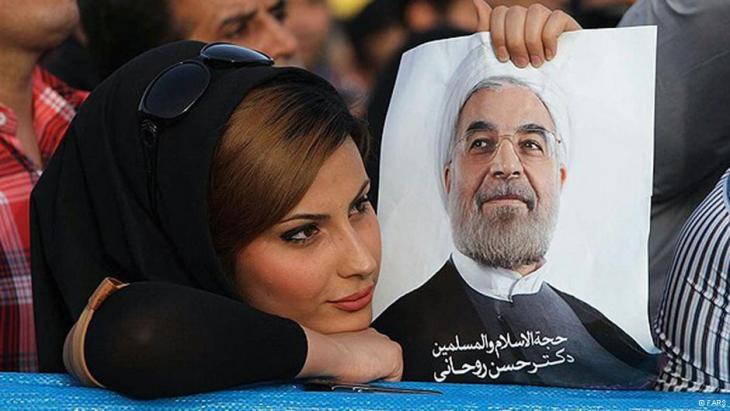 Hassan Rouhani has now been sworn in as Iran's new President. The expectations for the moderate leader are high. But he is facing complex domestic and external challenges, as Shahram Ahadi reports

When elected president on June 14, Hassan Rouhani pledged to "open a new chapter of moderation". His words at the first press conference awakened hopes home and abroad. Now that he took office, he will have to show whether he can fulfill the expectations. There is a lot on his agenda: Motion in the nuclear dispute, easing the sanctions, observance of human rights and the liberalization of censorship.

Rouhani, a 64-year-old cleric, stands for more transparency and possibly for a diplomatic solution in the nuclear dispute with the West. In fact, the chances for a more rational dialogue have improved, according to Rolf Mützenich, the foreign policy speaker of the Social Democrat Party faction in the German parliament.

The West now has to deal with a president who was the chief negotiator between 2003 and 2005 in the nuclear talks and is well versed in the diplomatic conventions. "Germany can expect from the new Iranian President moderation, a better style and the ability to take advantage from chances. That also applies to the nuclear dispute," Walter Posch, Iran expert at the German Institute for International and Security affairs, said. 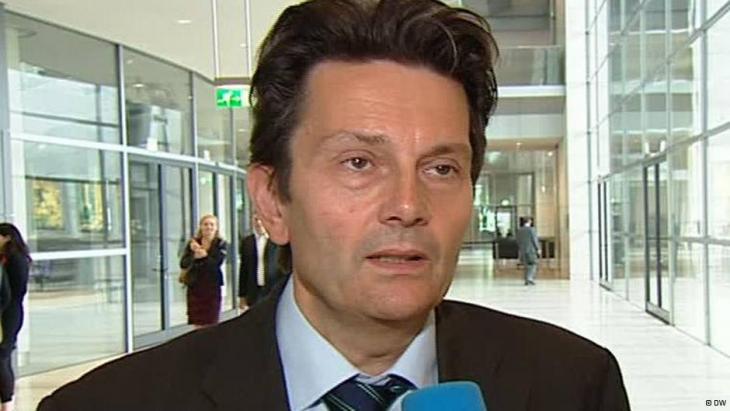 With Rouhani as President of Iran, the chances for a more rational dialogue have improved, according to Rolf Mützenich, foreign policy speaker of the Social Democrat Party faction in the German parliament

Rouhani calls the Iranian nuclear program legitimate and wants to continue the enrichment of uranium. According to Posch, the Iranians made huge progress in the field of nuclear technology under Rouhani as secretary general of the Iranian national security council and the leader does not want to abandon them.

The West will not ease the economic sanctions against Iran without any compromises in the nuclear talks. Posch says that it is Iran's last chance to avoid becoming the victim of total isolation and a broad economic blockade.

Others expect more positive signals from the West, like Omid Nouripour, security policy speaker of the Greens in the German parliament. "We always say that we have to tackle the problem with a combination of incentive and pressure," he said. "These incentives do not exist any more and that's why it is great that the Americans now say, they want talks with Iran on a higher level."

Still, Rouhani has to defer to a higher level, Ayatollah Ali Khamenei, the country's spiritual leader. In his first official televised speech after the presidential elections, Rouhanisaid that the foreign policy will be conducted "under consideration of the rights of all nations" and according to the direction of the spiritual leader. Khamenei is against direct talks with the US and is a hardliner in foreign policy affairs such as the nuclear dispute. 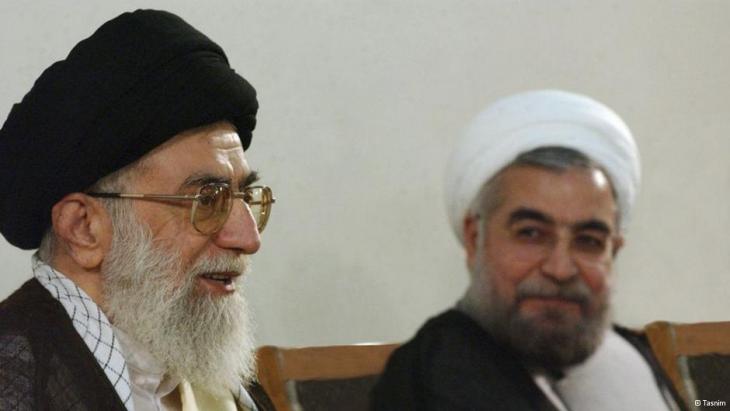 President Rouhani has to defer to a higher level, Ayatollah Ali Khamenei, the country's spiritual leader. In his first official televised speech after the presidential elections, Rouhani said that the foreign policy will be conducted according to the direction of the spiritual leader

However the consequences of the sanctions and the conflict with ex-president Ahmadinejad have left their marks on him. Some experts say that after the election of Rouhani Khamenei is under increasing pressure to compromise.

Rouhani faces huge domestic challenges. In the last years Iran made headlines over its human rights abuses. The United Nations and several human rights organizations issued critical reports condemning the imprisonment of political activists and censorship of the press. Rouhani promised during his election campaign that he would free political prisoners, ease the censorship as well as monitoring of the vice squad by society and improve women's rights.

Omid Nouripour is skeptical. He fears Rouhani will grant a few more personal rights while excluding the really sensitive topics. Now it depends how fast the people who were indiscriminately arrested over the past years will be released from prison, said Nouripour: "It starts with prominent people like Nasrim Sotoudeh and certainly the former presidential candidate Mousavi. That's the first real test for Rouhani's promises during the election campaign."

The biggest challenge for Rouhani is the catastrophic economic situation. In the run-up to his inauguration, Rouhani announced that in the first 100 days he will provide a "realistic and accurate analysis" of the economic problems and approaches of how to cope with the crisis.

The easing of international sanctions due to progress in the nuclear negotiations could possibly boost the Iranian economy. But many problems are the result of mismanagement and poor administration by the former Ahmadinejad government.

"The country has huge home-made problems," Posch said but he sees the future optimistic: "Rouhani as someone who can deal with all political faction is the right man in that situation."

Research project "The Global Qur'an", brainchild of Professor of Islamic Studies Johanna Pink and sponsored by the European Research Council, analyses the history and ... END_OF_DOCUMENT_TOKEN_TO_BE_REPLACED

As the Western world emerges from a holiday season made less festive by COVID-19, millions of children in Afghanistan are starting 2022 facing the prospect of famine, illness, and ... END_OF_DOCUMENT_TOKEN_TO_BE_REPLACED

A wedding extravaganza of bright colours, flowers, feasting and dancing, yet the bride, Nefie Eminkova, who comes from Bulgaria's Pomak – Muslim – minority, can see none of it. ... END_OF_DOCUMENT_TOKEN_TO_BE_REPLACED

Every year in December, the team at Qantara.de takes a look back at the articles that proved most popular with our readers. This year is no different. Here is a run-down of the ... END_OF_DOCUMENT_TOKEN_TO_BE_REPLACED

Jesus – Issa in Arabic – doesn’t merely enjoy the highest place among the prophets in the Koran. He is also revered in Islam’s mystical tradition for his message of love and mercy ... END_OF_DOCUMENT_TOKEN_TO_BE_REPLACED

The military in Sudan has never waged war against a neighbour, but it has already staged 17 coups. Tens of thousands of people are risking their lives to oust the military by ... END_OF_DOCUMENT_TOKEN_TO_BE_REPLACED
Author:
Sharam Ahadi
Date:
Mail:
Send via mail

END_OF_DOCUMENT_TOKEN_TO_BE_REPLACED
Social media
and networks
Subscribe to our
newsletter