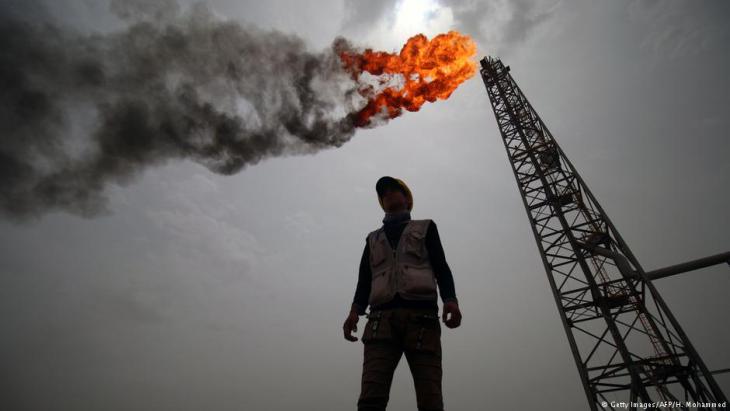 Iraqʹs wrangle over natural resources
The battle for Kurdish oil

Tensions between Iraqi federal government and the Kurds centres around a long-running dispute over the countryʹs oil revenues. While Baghdad denies Kurdistanʹs right to conclude production contracts without prior central government approval, the Kurdistan Regional Government claims this as a constitutional right. By Stasa Salacanin

The Kurdish region contains one-third of Iraqiʹs total oil reserves, 45 billion out of a total 150 billion barrels. The last three years dramatically re-shaped the oil map in Iraq, OPECʹs second largest producer, with an output of 4.5 million bpd. Relations between Kurdish Regional Government (KRG) and Iraqi federal government have been tense since the referendum for independence, further complicating complex ethnic and religious matters in Iraq.

Especially after Iraqi forces used the referendum as a pretext to launch a military offensive against troops from the Kurdish Peshmerga stationed in Iraqi Kurdistan, seizing control of the oil-rich city of Kirkuk and other disputed areas.

"Oil and gas are owned by all the people of Iraq"

Kurdish claims to oil rest upon their interpretation of Article 112.1 of Iraqi Constitution, which determines that present oil fields should be jointly managed by the federal government, oil-producing governorates and regional governments. For their part, Iraqi authorities base their arguments on Article 111, which states that ʹoil and gas are owned by all the people of Iraq in all the regions and governoratesʹ.

Dr. Katy Collin, Research Fellow at Brookings, acknowledges that at the time the constitution was passed, there would be a need to amend several areas of the law and that there were things that were left unsettled.

However, to date efforts to address these issues have not resulted in paths forward. Issues include the oil rights issues as well as questions on article 140 – with "normalisation" of the disputed territories and referenda on whether those areas would join the Kurdish autonomous region.

The same problem occurs when allocating the federal budget. On 3 March 2018, the Iraqi parliament voted to reduce the Kurdistan regionʹs annual share of the nationʹs budget to roughly 12%, a significant drop from its previous 17% allocation, adding another layer of tension. According to the Iraqi constitution, Kurdistanʹs region has a 17 percent share in Iraqʹs oil revenues. 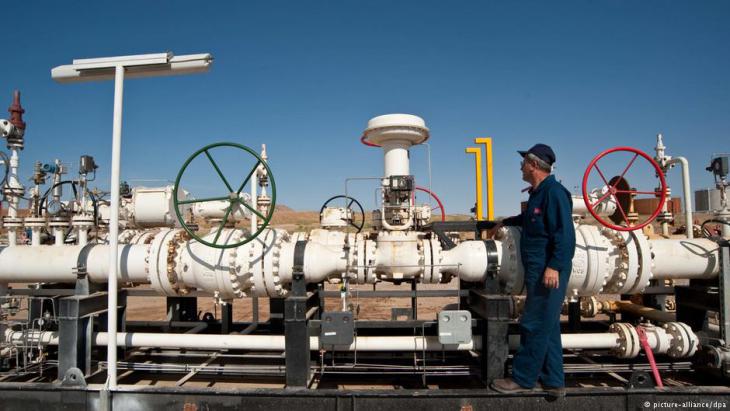 
After gaining de facto independence from Iraq at the end of First Gulf War in 1991, the Kurdish Regional Government (KRG) launched the development and exploitation of its oil and gas resources, when the first oil wells at the Taq Taq field were built.

But it was not until the fall of Saddam Hussein that foreign investors became more engaged in the region. Kurds have managed to attract major oil companies, such as Chevron, ExxonMobil and Total SA with lucrative offers, advising them to ignore any threats of legal action from the Iraqi government.

After the KRG adopted its own hydrocarbon legislation including Oil and Gas law in 2007, Iraqʹs Federal Ministry of Oil blacklisted a handful of Kurdish energy companies, as well as those foreign enterprises that had signed production-sharing contracts with Erbil, such as SK Energy and OMV. Other companies were subsequently blacklisted, including oil giant Chevron.

Very different Western reactions to the suffering in Ukraine and the Arab world show that there is a profound rift among cultures. Essay by Michael Young END_OF_DOCUMENT_TOKEN_TO_BE_REPLACED

From the Euphrates to the Mekong, dams that ensure one country's water supply risk leaving others parched. But shared water resources can be a source of peace as well as conflict ... END_OF_DOCUMENT_TOKEN_TO_BE_REPLACED

Muqtada al-Sadr, the biggest winner in the recent election, aspires to implement great change in Iraq, but reform is easier said than done, writes Massaab al-Aloosy. Correcting a ... END_OF_DOCUMENT_TOKEN_TO_BE_REPLACED

With spring, migration on the Balkan route is on the rise again – and with it the misery, violence and illegal pushbacks at Croatia's external EU border. ... END_OF_DOCUMENT_TOKEN_TO_BE_REPLACED

Much effort is being put into rebuilding churches in Iraq that were destroyed by Islamic State. The message of hope is for Christians to return. Judit Neurink reports from Mosul END_OF_DOCUMENT_TOKEN_TO_BE_REPLACED

In Iraq – which has suffered four decades of conflict and years of political and economic turmoil – separating and recycling waste has yet to become a priority for most people. ... END_OF_DOCUMENT_TOKEN_TO_BE_REPLACED
Author:
Stasa Salacanin
Date:
Mail:
Send via mail

END_OF_DOCUMENT_TOKEN_TO_BE_REPLACED
Social media
and networks
Subscribe to our
newsletter