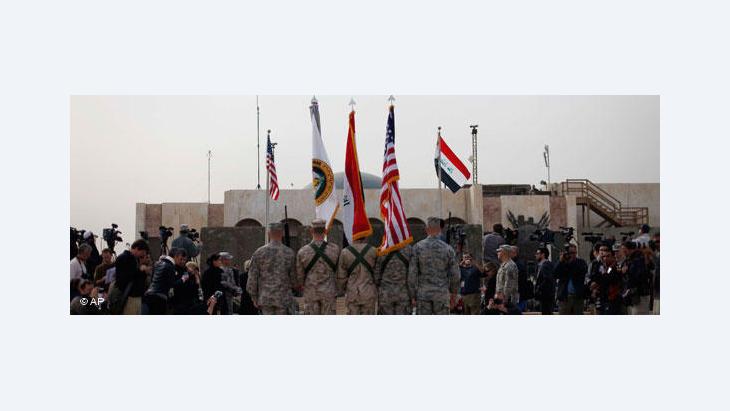 After the withdrawal of the Americans from Iraq, the governing coalition in Baghdad is imploding, the dispute between Shia and Sunni is escalating and several provinces are striving for autonomy. Birgit Svensson reports from Baghdad

The withdrawal of US troops after nearly nine years in Iraq could not have been more dramatic. Only a few hours after the last GI had symbolically closed the gate between Iraq and Kuwait and hence ended the operation "New Dawn", the government coalition in Baghdad collapsed.

Four days earlier, at a military base in North Carolina, the point of return for most US soldiers stationed in Iraq, US President Barack Obama had announced the end of the war between the Tigris and Euphrates. The soldiers would be departing with heads their held high, leaving behind a stable country, he said.

Now it looks as though Obama will soon regret this statement, just as his predecessor George W. Bush regretted his premature announcement on 1 May 2003 that combat was over. "Mission accomplished" was written in large letters behind the president's rostrum for that speech. But afterwards, the war truly began in earnest: nearly 4,500 Americans and over 100,000 Iraqis have since lost their lives, and Washington has spent a trillion dollars on this war.

Now, following the actual end of combat operations, events in Iraq are coming thick and fast. First, representatives in the Iraqia block left parliament, and then their ministers abandoned the government. Afterwards, a warrant was issued for the arrest of Vice-President Tariq al-Hashemi, and finally, Saleh al-Mutlaq, the deputy prime minister, was fired. 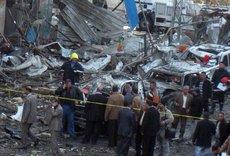 A return to death and destruction: over 70 people were killed on Thursday, 22 December 2011 in the most serious series of attacks to hit Baghdad in months

​​Conspicuous is that all those affected are Sunnis, while the person responsible for stirring up all the chaos, Prime Minister Nouri al-Maliki, is Shia. The troubled waters between the two religious groups, which had ostensibly been calmed following clashes in the terror-filled years 2006/07 that caused a great deal of bloodshed and saw unprecedented brutality, are seething once more.

A conflict once thought resolved is flaring up again. It is now becoming clear that America's work as mediator during the past two years was more important than many had believed. On Wednesday afternoon, word got out that US Vice-President Joe Biden had already phoned Maliki and urged him to moderation.

Three days after the complete withdrawal of the Americans, Baghdad is a political shambles. Many people in the city felt uneasy as the last US soldier left the country. No celebrations were held anywhere in the capital.

Assertions that Maliki was beginning to behave like Saddam Hussein are being voiced not only by the people, but also by his coalition partners. Iyad Allawi, the prime minister of the first transition government and Maliki's biggest political rival, called the allegations against Vice-President Hashemi "fabricated". It reminded him of Saddam Hussein, who denounced his opponents as terrorists and conspirators in order to sweep them out of the way.

Maliki accuses Hashemi of having supported and financed terrorist acts and having been involved in the attack on the government quarter at the end of November, when a bomb went off in direct proximity to the parliament building, aiming to also hit the seat of the prime minister. Confessions by three of Hashemi's bodyguards were printed in the daily paper Al Dustur and broadcast on state television. 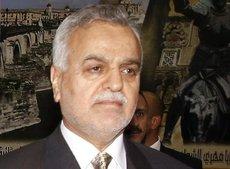 A severe critic and rival of Prime Minister Nouri al-Maliki: a warrant has been issued for the arrest of Iraqi Vice-President Tariq al-Hashemi, who has fled to the semi-autonomous Kurdish region in the north of the country

​​Allawi and his Iraqia block, of which Hashemi and Mutlaq are also members, feel that they are the victims of a smear campaign. Although able to win the most votes in last year's parliamentary elections, the number was not sufficient to form a majority government. Maliki remained in his post as prime minister.

During the eight months of coalition talks, the Americans endorsed a unity government that would integrate all political forces, but Maliki at that time already advocated a majority government of the radical Shia party of Muqtada al-Sadr and the Kurds, without the inclusion of Allawi and his Iraqia block.

Now that the Americans are out of the picture, he seems intent on mercilessly pushing through his plan. So it is not without reason that Sunnis in particular have recently been advocating a continued American presence in Iraq, even though they were initially the ones who put up the most resistance to the occupying forces.

Exiled in his own country

In order to avoid arrest in Baghdad, Vice-President Tariq al-Hashemi has fled to the Kurdish north of the country – to Suleimaniya, hometown of his superior, Iraqi President Jalal Talabani. Exiled in his own country, a phenomenon that is unique in the world. This is due to the fact that Baghdad's arm does not reach as far as the autonomous Kurdish province. The Kurds have their own police and army, a regional parliament that is independent of Baghdad and their own jurisdiction.

Maliki's demands to extradite Hashemi to Baghdad are being strictly denied. Hashemi, for his part, has declared that he is prepared to make a statement on the allegations made against him before a court in the Kurdish province. The confrontation with Maliki is therefore growing. It looks like his long-standing coalition partner, the Kurdish alliance, is now also withdrawing its support.

Ever since the creation of modern Iraq by the British occupying forces in the 1920s, it has always been the Sunnis who have fought for unity in the country in the face of Kurdish separatism and Shia disenchantment with politics. The 2005 referendum on a new constitution after the fall of Saddam Hussein was boycotted by most Sunnis because they feared that the federalism set down in the draft constitution would spell the fragmentation of Iraq, for which they did not want to be responsible.

﻿The move towards autonomy 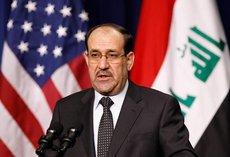 ​​The constitution gives the provinces the option of forming autonomous regions within a federal state, following the model of the three Kurdish provinces in the north-eastern part of the country. It was, therefore, also the Kurds, with the support of the Shias, who pushed through these clauses.

Now, however, more and more Sunni-dominated provinces want to take advantage of this right. They view it as an opportunity to liberate themselves from the Shia-dominated central government, which does not want to grant them sufficient participation in the political process.

The province of Salaheddin surprised everyone in early November when ﻿20 of the 28 members of the provincial council in Tikrit, Saddam Hussein's hometown, voted in favour of autonomy, passing a resolution to establish "an independent region within a united Iraq".

The province of Diyala, to the north east of Baghdad, intends to follow suit. And even the southern, mostly Shia provinces of Najaf, Kerbela, Basra, Maysan and Muthanna are striving, as a result of decisions taken by provincial councils there, to establish an autonomous southern province. This is not a prime example of a stable country.

Arab youth express their hopes and wishes for the New Year, spanning everything from civil and political rights, to education, to arts and culture. By Rafiah Al Talei END_OF_DOCUMENT_TOKEN_TO_BE_REPLACED

With World Cup 2022 around the corner, Qatar has embarked on a campaign to clean up its school system. Distracting from grievous shortcomings in other areas by highlighting a ... END_OF_DOCUMENT_TOKEN_TO_BE_REPLACED

Moncef Marzouki was Tunisia's first democratically elected president after the fall of dictator Ben Ali. Today he is the most prominent critic of increasingly counter- ... END_OF_DOCUMENT_TOKEN_TO_BE_REPLACED

Asef Bayat, professor of Sociology at the University of Illinois, Urbana-Champaign, has been studying revolutions and how they affect people since 1979. In his recent book, " ... END_OF_DOCUMENT_TOKEN_TO_BE_REPLACED

The catastrophic human rights situation in Bahrain is being largely ignored by the rest of the world. Despite all the damning evidence, which includes a Human Rights Watch report ... END_OF_DOCUMENT_TOKEN_TO_BE_REPLACED

The city of Marib is the most important place of refuge in Yemen for those displaced in the country. But fighting between Houthi rebels and government troops is currently ... END_OF_DOCUMENT_TOKEN_TO_BE_REPLACED
Author:
Birgit Svensson
Date:
Mail:
Send via mail

END_OF_DOCUMENT_TOKEN_TO_BE_REPLACED
Social media
and networks
Subscribe to our
newsletter