Nor will the referendum change political geography. The Kurdistan region will remain landlocked and dependent on Turkey′s goodwill for most of its oil exports. In fact, without sufficient concessions to Baghdad, Ankara and local Arab groups, the referendum could heighten the political risks of exporting crude oil to Turkey from Kirkuk and areas fully controlled by the KRG.

This is particularly important given depressed oil prices and the fact that the KRG relies heavily on Kirkuk for its revenues. According to Iraqi officials, at least half of the nearly 600,000 barrels of oil per day exported by the KRG to Turkey are from Kirkuk and not Kurdistan proper. Kirkuk revenues have temporarily replaced the KRG′s portion of the Iraqi budget that was cut off by Baghdad in 2014, an agreement that will likely be revisited in the months ahead.

KRG overreach in the disputed territories could undermine its autonomy and ability to leverage Baghdad. At minimum, a ″yes″ vote will increase the KRG′s operating costs and financial pressures. Three years after launching its ″independent″ oil exports, the KRG still cannot fully pay civil servant salaries or provide electricity to populations in the three provinces of the Kurdistan region. 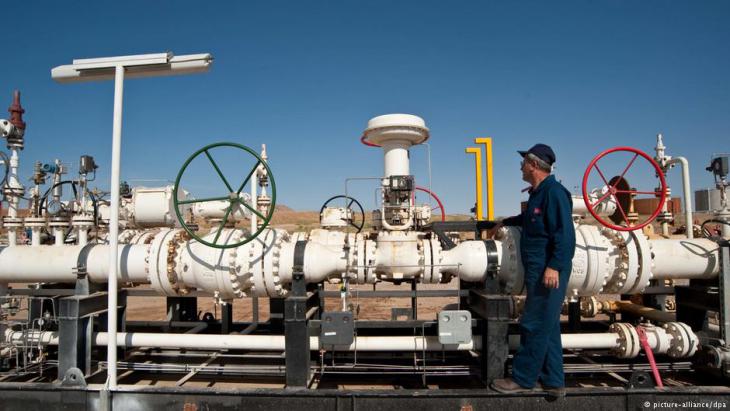 Referendum a threat to economic ties with Turkey: with oil prices depressed and the KRG heavily reliant on Kirkuk for its revenues, Kurdistan will need to ensure that sufficient concessions are made to Baghdad, Ankara and local Arab groups in the aftermath of the referendum. At least half of the nearly 600,000 barrels of oil per day exported by the KRG to Turkey originate in Kirkuk and not in the Kurdistan region

Without a viable revenue source, it will be hard-pressed to do so for an additional 40 percent more territory and over two million people in disputed areas of Nineveh, Kirkuk and Diyala. Under these conditions, the KRG will have to make more concessions on Kurdish autonomy and not fewer, to sustain its expanded territories.

It has already negotiated investment deals with Gulf states, Russia and regional states, as well as security arrangements with Sunni Arab communities that will give these actors greater influence in the Kurdistan region. Another likely post-referendum scenario is the redistribution of oil revenues to political party-based constituencies, with a majority going to the KDP-affiliated groups.

The referendum also reflects the competition for political power inside the Kurdistan region. Its timing is intentional and important. It is being conducted as Masoud Barzani, also president of the KRG, faces important domestic crises and needs to authenticate his credentials as a nationalist leader. Barzani′s KDP may have become the dominant faction, but other Kurdish groups continue to challenge his authority. These include the Patriotic Union of Kurdistan (PUK), the Gorran Movement, Islamic parties and the PKK and its local affiliates – despite recent KDP-PUK unification efforts. All these factions may dream of Kurdish statehood and identify as Kurds first, but they have different political agendas, regional allies and paths toward independence. These dynamics frustrate an ethnically homogenous self-determination project.

Among the 24 squads at the Euros, dozens of players with African roots will turn out in the June 11-July 11 tournament. Several of them are top names at this pan-continental event ... END_OF_DOCUMENT_TOKEN_TO_BE_REPLACED

Reading Hassan Blasim's God 99 is an immersive experience of grief and exaltation, anger and disgust, writes Marcia Lynx Qualey. We join the Iraqi narrator as he sits around in ... END_OF_DOCUMENT_TOKEN_TO_BE_REPLACED

Turkey's parliamentary and presidential elections are scheduled for June 2023. But they are already casting a shadow. While the opposition is calling for early elections, ... END_OF_DOCUMENT_TOKEN_TO_BE_REPLACED

Recep Tayyip Erdogan, disappointed by the European Union’s reluctance to integrate Turkey into its ranks, has re-directed his country’s diplomacy toward the Maghreb and Africa to ... END_OF_DOCUMENT_TOKEN_TO_BE_REPLACED

A law is currently being debated in Morocco that would legalise the cultivation and export of medicinal cannabis. For many small farmers, this would bring considerable advantages ... END_OF_DOCUMENT_TOKEN_TO_BE_REPLACED
Author:
Denise Natali
Date:
Mail:
Send via mail

END_OF_DOCUMENT_TOKEN_TO_BE_REPLACED
Social media
and networks
Subscribe to our
newsletter