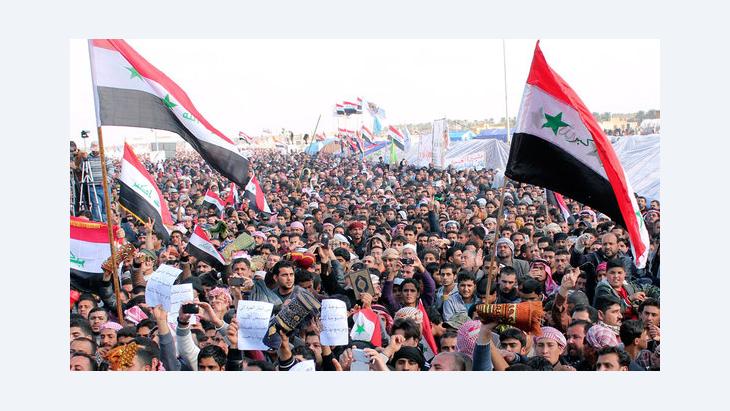 Ten years after the start of the Iraq War and the toppling of Saddam Hussein, Feisal Amin Rasoul al-Istrabadi reviews developments in the country and considers whether things are better or worse now than they were before the Allied invasion

Twenty-five years ago, on 16 March 1988, Saddam Hussein's troops spread poison gas through the Kurdish town of Halabja. The attack, which killed an estimated 5,000 people and injured up to 10,000 more, remains the largest chemical-weapons attack ever to target a civilian population.

In the light of the Halabja atrocity, the regime's broader genocidal Anfal campaign against the Kurds and massive repression throughout the country, the question "Is Iraq better off now than it was under Saddam Hussein?" requires no great deliberation. Iraqis are rid of a dictator responsible for the deaths of at least one million Iraqis, a man who plunged the country into three wars in 24 years and whose policies (with the international community's complicity) kept ordinary Iraqis under the strictest sanctions ever imposed by the United Nations. Yes, Iraq is better off without this absolute despot.

But, for those of us who participated in the effort to reconstruct Iraq starting in 2003, this answer is far too glib. We set the bar far higher. The success of the war must surely be measured by whether its goals – particularly the establishment of a constitutional democracy and the country's economic reconstruction – have been achieved. By this standard, the war in Iraq was a monumental failure.

The United States-led Coalition Provisional Authority empowered a new group of political elites who fundamentally distrusted one another and, more importantly, failed to coalesce around a shared vision for governing the country. Rather than giving these new politicians time to broker compromises, the Americans imposed a divisive constitutional process that exacerbated existing fissures, leading to the civil war of 2006–2007. 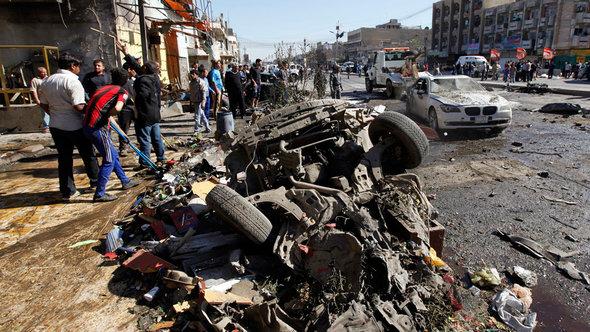 According to Feisal Amin Rasoul al-Istrabadi, the ongoing cycle of violence is a legacy of the Sunni and Shia struggle for control of the country. Even after ten years, the country knows no peace: a series of coordinated car bombs and blasts hit Shia districts across Baghdad and south of the Iraqi capital on 19 March 2013 killing at least 25 people

The Kurdish and Arab Shia religious parties sought a very weak central government in Baghdad, the latter because they feared a return to Sunni minority rule. The Sunni Arab parties initially rejected any notion of a confederated state, but in time they came to believe that the Shia parties would never share power voluntarily. The ongoing cycle of violence is a legacy of this struggle for control.

Today, many Sunni Iraqis aspire to the same autonomy from Baghdad that the Kurds enjoy in the north of the country. The Shia parties, having tasted real power in Iraq for the first time, are now attempting to create a much more centralised state than either the Kurds or Sunni Iraqis – or the constitution, for that matter – will tolerate.

Indeed, Prime Minister Nouri al-Maliki has largely succeeded in concentrating power in his own hands. He has created a network of military and security forces that report directly to him, often outside the legal command structure. He has intimidated the judiciary into ignoring institutional checks on his power, so that constitutionally independent agencies, such as the electoral commission and the central bank, are now under his direct control.

Moreover, Maliki has used the criminal courts to silence his political opponents. Iraq's Sunni vice president is a fugitive in Turkey, with multiple death sentences rendered against him for alleged terrorist activities, though the judgments were based on the confessions of bodyguards who had been tortured (one died during the "investigation"). An arrest warrant has now been issued against the former finance minister, also a Sunni, on similar charges.

As for the economy, no one expected a replication of Germany's post-1945 economic miracle. Still, Iraq has vast oil and natural-gas reserves, to which all of the major oil companies wanted access. Everyone stood to benefit: the companies would profit handsomely, while Iraq would gain new technology and vast sums to rebuild the country's devastated infrastructure.

The more things change; the more they stay the same: according to Feisal Amin Rasoul al-Istrabadi, the tragedy of Iraq in 2013 is that although Nouri al-Maliki may not be as bad as Saddam at his worst, this time, there is no hope that things would get better if the ruler and his tyranny could just be removed

​​The reality has been far different. After ten years, Iraq's oil production has finally recovered to its pre-war level. But Iraq's government has not completed a single infrastructure project: no new hospitals, schools, roads, or housing whatsoever.

Basic services such as electricity and waste collection have yet to be restored even in major urban centres like Baghdad (by contrast, reconstruction in Iraqi Kurdistan is occurring at breakneck speed). Iraqis are about to enter their eleventh summer, when temperatures routinely exceed 50° C, with no more than sporadic power and running water.

This lack of progress is truly remarkable, given that Iraq's annual budgets for the last five years have totalled nearly $500 billion. Incompetence and corruption are rampant: Iraq routinely scores among the bottom ten countries in Transparency International's Corruption Perceptions Index.

Likewise, Iraq's unemployment and underemployment levels remain among the highest in the Middle East. And, as Iraq observer Joel Wing has pointed out, public-sector employment doubled between 2005 and 2010 and now accounts for roughly 60 per cent of the full-time labour force. The brain drain among Iraq's educated youth has accelerated in the last ten years, because many of them simply see no future in the country.

Amnesty International recently issued a report detailing the continued systematic abuse of fundamental human rights in Iraq. Plus ça change, plus c'est la même chose. True, Maliki's nascent dictatorship is lighter than that of Saddam at his worst, and perhaps that is some progress. But what has been gained may be far outweighed by what has been lost: the hope that if Saddam and his tyranny could just be removed, decency, stability and normalcy could be restored. That, finally, is the true tragedy of Iraq in 2013.

Feisal Amin Rasoul al-Istrabadi was Deputy Permanent Representative of Iraq to the United Nations from 2004 to 2007 and was the principal drafter of Iraq's interim constitution. He is the founding director of the Centre for the Study of the Middle East at Indiana University, Bloomington, where he is University Scholar in International Law and Diplomacy.

Young women are driving forward the protests against the Iranian regime, which have been going on for months. Literature provides clues as to why that should be, and why the ... END_OF_DOCUMENT_TOKEN_TO_BE_REPLACED

Visiting the country of her parents, murdered by the Iranian regime in 1998, German-Iranian artist Parastou Forouhar finds a changed society: hopeful, strong and courageous, ... END_OF_DOCUMENT_TOKEN_TO_BE_REPLACED

Iran's president Ebrahim Raisi is overseeing an unyielding crackdown. The current situation grimly echoes his role in a purge of political prisoners in 1988 END_OF_DOCUMENT_TOKEN_TO_BE_REPLACED

Ballet performances are prohibited in Iran. In her film "1001 Nights Apart", director Sarvnaz Alambeigi documents the history of dance in the Islamic Republic. By Fahimeh Farsaie END_OF_DOCUMENT_TOKEN_TO_BE_REPLACED

Chinese President Xi Jinping's visit to Saudi Arabia in December 2022 may have rattled Washington, but it simply highlighted the Arabs’ desire to diversify their foreign relations ... END_OF_DOCUMENT_TOKEN_TO_BE_REPLACED

There are signs of an imminent normalisation of relations between Turkey and Syria. This would allow Erdogan to score political points domestically before the upcoming elections ... END_OF_DOCUMENT_TOKEN_TO_BE_REPLACED
Author:
Feisal Amin Rasoul al-Istrabadi
Date:
Mail:
Send via mail

END_OF_DOCUMENT_TOKEN_TO_BE_REPLACED
Social media
and networks
Subscribe to our
newsletter