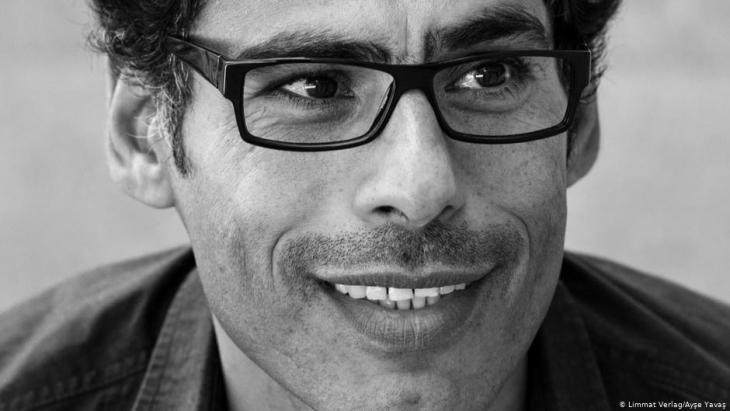 Usama Al Shahmani fled Iraq in 2002 and has since become a wanderer between worlds. He taught himself German and now works as a translator and cultural mediator in Switzerland. In his novel, he describes how hiking helped him process the loss of his homeland. By Volker Kaminski

Shahmani – protagonist in his own novel – hears the word ‘hiking’ for the first time in a hostel for asylum seekers in Aarau. He does not know what it means; Iraqis do not go walking in the woods or climb mountains. People do not have positive associations with the woods, which, in his homeland, is composed of date, olive, pomegranate and lemon trees. At most, they will visit the woods to tend to the trees and to pick fruit. Surprised, he asks himself how the Swiss came up with the idea of ʺwandering around in any old wood?ʺ

This wonderfully observed cultural gap offers Shahmani the protagonist a way-in to communicating the feelings of alienation which he experiences during the asylum process. In Switzerland, everything is foreign to him: not only the language, but also the habits and customs of this mountainous and unusually green land.

Jumping the fence into the unknown

Nevertheless, he made the decision to find a new home; he wanted to ‘jump the fence into the unknown’ and so he decided not only to learn German of his own accord, he also put on his trainers and began hiking through his surroundings.

He was forced to flee Iraq after producing a play critical of the regime. He had studied literature in Baghdad and was in the process of working towards a doctorate. Now he is restless, filled with worry for his younger brother Ali who is still studying in Baghdad where, from 2003 to 2006, a bitter civil war threatened the lives of citizens every day. 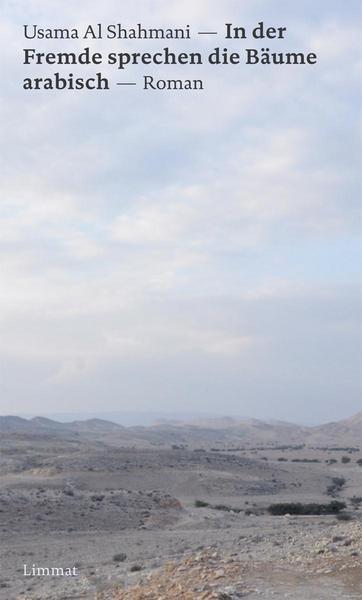 Back to nature: Usama is not pleased that he managed to escape. Instead, he feels ashamed and it is these feelings of shame which he tries to throw off on his travels through nature, telling his troubles to the trees in a loud voice – and it really does bring him comfort and a sense of relief. The trees echo back to him and help him overcome the despair he often feels

Ali would like to leave the country too and Usama is supposed to be helping him, sending him money to pay for the journey. But where is Usama supposed to get two thousand dollars from? His job distributing leaflets for a pizza restaurant hardly makes him enough to get by himself, not to mention the fact that his employer often tries to cheat him out of his pay.

Usama is not pleased that he managed to escape. Instead, he feels ashamed and it is these feelings of shame which he tries to throw off on his travels through nature, telling his troubles to the trees in a loud voice – and it really does bring him comfort and a sense of relief. The trees echo back to him and help him to overcome the despair he often feels.

Shahmani gave an inspiring reading at this year’s International Literature Festival in Berlin, where he took to the podium to emphasise how important it was for him to ‘arrive’ after losing his homeland and ‘create a new homeland’ in a foreign country.

Avoiding the term ‘slowing down’, he describes the positive effects of nature which have helped him so far: when he looks at the trees, all the distractions, worries and crises fall away and he feels ‘close to [him]self’.

This has led to him seeing the term ‘home’ more broadly: in Arabic, ‘homeland’ is a relatively new word and means something like ‘my home, the place where I live’. But for Usama, the term has detached itself from a sense of place and moved into language. Today, his home is the language, regardless of whether he is speaking or writing in Arabic or in German.

Usama Al Shahmani has carried out research into Group 47 and translated Schleiermacher and Habermas into Arabic, making him at once an Arab writer and a German one, and it makes him proud that he is described in his homeland-by-choice, Switzerland, as ‘the writer from Frauenfeld’.

When Ali disappeared, his family, who were living in southern Iraq, began a thorough and somewhat expensive search for him.

Every tiny clue has been pursued and his mother insists on trusting dubious figures, who lure you in with promises and require great sums of money, without guaranteeing safety of any kind.

Faith in freedom to come

This state of affairs has led Shahmani into sheer desperation in his safe exile, he thinks about Ali endlessly, reproaching himself for abandoning his family and remembers the second Gulf War when he was bullied and beaten by soldiers and militias and only narrowly avoided being kidnapped.

In these passages, the book is ripe with excitement and the contrast between the sleepy Swiss mountains and the chaotic situation in Baghdad, beset by violence and despotism, particularly after Saddam’s downfall – the same time that Ali disappeared – makes this little novel a thrilling read.

Usama admires his brother’s unfailing faith in the notion that freedom will come. This belief, which Ali is ultimately forced to pay for with his life, is what Shahmani is trying to sustain for Iraq today. In the current conditions, the country is a ‘pure dictatorship’, lacking state institutions and beset by chaos, Shahmani explained at the Literature Festival. Yet hope lies in the changing circumstances of communication, which offer the younger generation a chance to speak up.

Shahmani himself, who continues to visit Iraq from time to time, is currently planning a comprehensive writing workshop project to which he hopes to invite many of his author friends from all over the world for collaboration. ʺIt’s a crazy idea,ʺ he says, somewhat modestly, ʺjust like hiking.ʺ

Musicians from Morocco to Iraq have been crossing paths at the Oriental Summer Academy in south-western Germany for ten years. Matthias Wagner, who founded and directed the ... END_OF_DOCUMENT_TOKEN_TO_BE_REPLACED

The Iran-Iraq War was one of the deadliest military conflicts ever seen in the Middle East. The eight-year-long conflict, which saw the use of chemical weapons, killed thousands ... END_OF_DOCUMENT_TOKEN_TO_BE_REPLACED

The rise of liberation movements in the Arab World during the 20th century brought with them an array of complimentary works from the creative sector. Sultan Sooud Al Qassemi ... END_OF_DOCUMENT_TOKEN_TO_BE_REPLACED

Ronya Othmann's novel "Die Sommer" (The Summers) tells the story of Leyla – the daughter of a German and a Yazidi Kurd – who visits her grandparents' Yazidi village in northern ... END_OF_DOCUMENT_TOKEN_TO_BE_REPLACED

When hundreds of thousands of refugees crossed Germany's borders in 2015, Chancellor Angela Merkel promised: "We can do it!" This is the story of how Iraqi refugee Raisan Hameed ... END_OF_DOCUMENT_TOKEN_TO_BE_REPLACED
Author:
Volker Kaminski
Date:
Mail:
Send via mail

END_OF_DOCUMENT_TOKEN_TO_BE_REPLACED
Social media
and networks
Subscribe to our
newsletter