The history of Christianity in Iraq dates back to the first century AD, but since the outbreak of sectarian violence in the country following the US invasion of 2003, many Christians are fleeing their homeland and finding sanctuary in Syria. Stephen Starr reports from Damascus

Help for Iraqi Christians – and for Muslims, too: father Farid Botros at the Chaldean Church in Damaskus

​​Iraq's historical Christian past is endangered. Before the country descended into war in 2003, around 880,000 Chaldean Christians and well over half a million Christians of other denominations lived relatively stable lives and occupied well-respected positions as doctors and engineers – provided, of course, they did not criticise Saddam Hussein's reign of terror. Today, however, their number is thought to have halved.

A helping hand in Damascus

However, while helping out thousands of the Iraqi refugees to have fled Iraq for Syria, one priest in Damascus is encouraging Christians to stay. Speaking at the Chaldean Church rectory in the Bab Touma district of Damascus, Father Farid Botros says there is help here in Syria for Iraqi refugees.

"We help over 2,000 families in Damascus. They chiefly come from the neighbourhoods of Jaramanah, Saida Zeinab and Maskin Berzah on the outskirts of Damascus."

Originally from Malakieh in the governorate of Hasakeh in Syria's northeast, Father Farid has been serving for 18 months in Damascus beforehand having served in Syria's northern capital, Aleppo.

Effect on the country's ethnic make-up: Civilians in Christian villages in northern Iraq have established their own security in an attempt to deter murders and abductions

​​"Every Sunday we go to pharmacies to buy medicine and medical things for people. We also have a computer centre, because as refugees, the people have been torn away from their families who themselves have been scattered across Europe and North America. For them, this computer access is very important," Father Farid told Qantara shortly after returning from saying mass in Saidnaya, a well known Christian village 30 kilometres from Damascus.

"We have organized many programmes to aid Iraqi refugees in Syria. In 2009 we had 20 doctors working with us, we have a social centre here in Bab Touma and also a medical centre that provides humanitarian assistance for people who have come from Iraq. In addition, we have helpers who assist handicapped children," he stated.

In addition, Father Farid and the Chaldean church in Damascus have set up a special project to help widows of the Iraq war.

"There are no statistics as people leave to western countries and are coming and going from Iraq so we don't know exactly."

The Chaldean Church in Iraq

Christianity was introduced to Iraq in the first century AD by St Thomas. A closely related off-shoot of the Catholic Church, the Chaldean sect originated around the areas of Mesopotamia between the Euphrates and Tigris rivers, or modern-day Iraq. The Chaldean Church became independent following a spilt with the Catholic Church in a dispute over hereditary succession of the office of the patriarch in 1551. 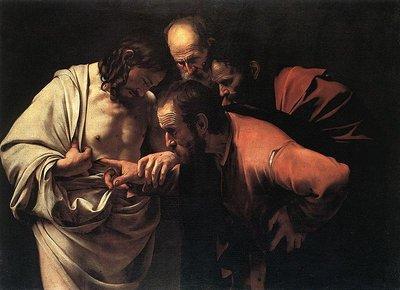 Thomas, or Doubting Thomas, was the apostle that brought Christianity to Mesopotamia: The Incredulity of Saint Thomas by Caravaggio (1601-1602)

​​"The Chaldean Christian community is one of the most important and oldest Christian sects and is well known to Iraqis; Iraq is where we began," said Father Farid. Father Farid says 70 percent of Christians in Iraq are Chaldean.

Iraq's internal social constitution was dealt a catastrophic blow beginning in 2006 and heightened through a string of bombings and attacks in 2006 and 2007 that saw the entire country tether on the brink of civil war.

Despite a promise from the Iraqi government to protect the country's Christian minority, many more Chaldean leaders have been kidnapped and murdered in Iraq. Mosul, a city with once a healthy Christian population, is today a maelstrom of violence and chaos. On February 29, 2008 Archbishop Paulos Faraj Rahho was kidnapped after saying mass at a church in Mosul. On March 13 – two weeks later – his body was found in a shallow grave on the outskirts of the city. In June of the previous year, Mgr Rahho's secretary was murdered along with three other sub-deacons in what were clearly targeted attacks on the Christian community. 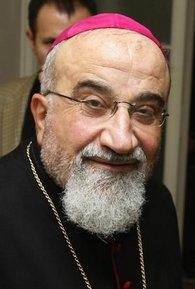 Kidnapped and killed after saying mass at a church in Mosul: Archbishop Paulos Faraj Rahho

​​Perhaps one of the most damaging results of the war is the effect on Iraq's ethnic make-up. The last official Iraqi census in 1987 found 1.4 million Christians in the country. Now, says the Associated Press, according to the 2008 U.S. State Department report on International Religious Freedom, that number has dropped to between 550,000 and 800,000. The number is likely to have gone down further since the 2008 poll.

Following these attacks, many of Iraq's Islamic leaders expressed solidarity and support for the Christian community, and back in Damascus Father Farid acknowledges this assistance.

"At the same time, we help Muslims too. We don't distinguish between people who are Muslims and those who are Christians. Of course, more Christians come here or to our centre for help, but there have been many Muslims too. It's my own personal mission. I do not view people as being different from each other. All of the people who come to us need assistance and we are here to help them all. I feel I must help every human being, this is my conviction."

Religious classes, or Sunday school (something that is popular among all Christians in Syria) are organised by the Chaldean Church in Damascus for around 500 children and teenagers. "The idea is to keep the Chaldean faith and way of preaching alive and well and I'm responsible for organizing the 30 teachers who teach these children."

Asked about why he became involved in assisting the Iraqi refugees who came across the border in the hundreds of thousand, Father Farid is clear. "I'm the parish priest; I have to care for them. It's also a spiritual thing for me. I honestly don't feel people care about refugees, and especially Christian refugees." 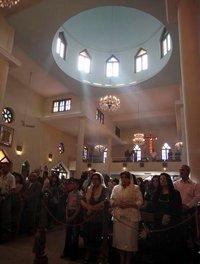 ​​At this point Father Farid turns to something he feels strongly about: the falling numbers of Christians in Iraq, Syria and indeed throughout the Middle East.

"I believe we have to stay here in these countries, in Syria, in Iraq, Lebanon, and the Holy Land. This is where Christ began and we have to be witnesses to that, to allow our religion to continue."

But many want to leave.

Resettlement in western countries is perhaps the number one hope and draw away from the Middle East for Iraqi Christian refugees, and for people in general.

The United Nations High Commission for Refugees in Damascus reported late last year that only 1179 refugees have taken up on its voluntary repatriation program which was initiated in October 2008. Clearly people don't feel Iraq is a safe country to return to. Christians themselves are disproportionably represented in refugee populations in Syria say United Nations agencies in Damascus.

Political divisions remain a troubling issue to securing a more stable Iraq. In Father Farid's opinion however, few, if any of those who have fled the violence will return. "We have no Iraqi priests here. Many have come and went over the past year or so. They were waiting for visas to leave and once they got them, they left. It's a real shame in my opinion," he stated.

Stephen Starr is an Irish freelance journalist and editor who has been living in Damascus, Syria since 2007. He is also the founder of Near East Quarterly.

Iraqi Refugees in Germany
A New Life in Safety
As part of its contribution to the United Nations' resettlement programme for Iraqi refugees, Germany will take in a total of 2,500 refugees in the coming months. In this regard, the Federal Republic is spearheading the EU's role in the programme. Martina Sabra reports

END_OF_DOCUMENT_TOKEN_TO_BE_REPLACED
Social media
and networks
Subscribe to our
newsletter