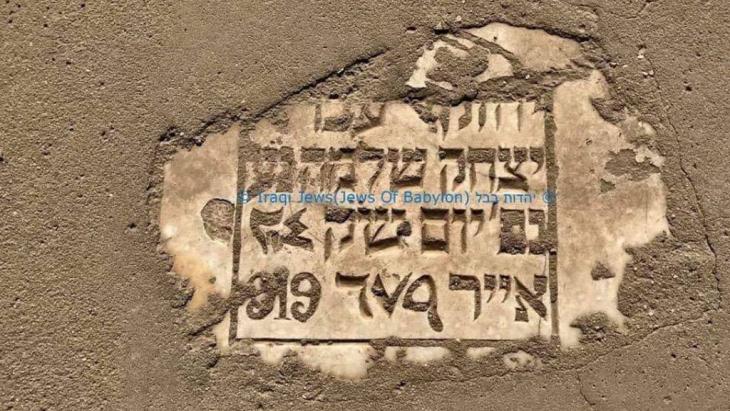 Interest in the Iraqi-Jewish cultural heritage is growing – both in Israel and Iraq. Novels in which emigrants and their children evoke the lost world of their forefathers are proving especially popular. By Joseph Croitoru

Until around 70 years ago, Iraq was home to one of the oldest Jewish communities in the world. As well as perpetuating their centuries-old traditions, these secular and civic-minded Jews of the modern age also strived for integration into Iraqi society. Their efforts were particularly successful in the 1920s, after Iraq became a British mandate under the Hashemite King Faisal I. and Jews were allowed to occupy posts in politics and administration.

But then Faisal died prematurely in 1933 shortly after Iraq gained independence. During the reign of his son and successor to the throne Ghazi I., the nation was destabilised long-term, and not only by ultranationalists and the members of the military. It also fell under the influence of Nazi Germany, which spelt a dramatic worsening of the situation for the Jewish population of Iraq.

Increasingly anti-Semitic government policies and the pogrom of Baghdad in early June 1941 ("Farhud") motivated more and more Iraqi Jews to join the underground Zionist movement, which had already helped many young Jewish Iraqis to reach Palestine in the 1940s.

Iraq's persecution of the Jews reached new levels following the foundation of the State of Israel in 1948. The government passed a de-naturalisation law permitting them to emigrate on the condition that they renounced their citizenship and all their possessions. Almost all of the some 120,000 Jews living in Iraq left the country – most of them headed for Israel.

There, where for a long time the European-influenced Jewish elite was the dominant group, there was little interest for decades in the history and culture of the Jews who had come from Iraq. It wasn't until the 1990s, with the publication of novels by Iraqi-born writers such as Sami Michael and Eli Amir that people began to sit up and take notice. 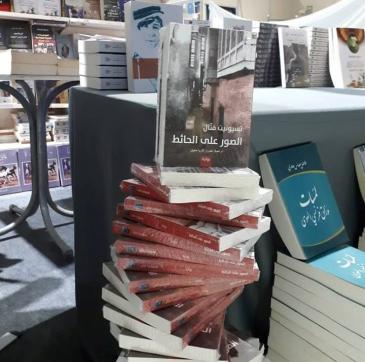 Between tradition and modernity, Iraqi patriotism and Zionism: Tsionit Fattal Kuperwasserʹs "The Pictures on the Wall", published in Hebrew and Arabic, appears to have hit a nerve, affording readers an insight into the isolated living environment in one of the poorer Jewish quarters of Baghdad in the first half of the past century

Interest continued to grow after the turn of the millennium. A number of representatives of the Iraqi immigrant community published their memoirs – more than 50 Hebrew and English-language books on the history and culture of Iraqi Jews have been published in the last five years alone; these have been joined by an increasing number of publications in Iraq.

When the literary debut of Iraqi-heritage Israeli writer Tsionit Fattal Kuperwasser was translated into Arabic in 2017 by the Baghdad publishing house "Mesopotamia", it caused a sensation in both Israel and Iraq.

The novel "The Pictures on the Wall", published in Israel in 2015, also constituted a novelty because its creator, an Orientalist and lieutenant colonel in the Israeli Army, wasn't born in Iraq, but in Israel in 1964.

Just as in Israel, an increasing number of intellectuals are now interested in the lost Iraqi-Jewish world in Iraq, a country where few Jews live nowadays. The interest is focussed in particular on the inter-war era, that epoch of optimism and pluralism regarded by some Iraqis today with a blend of nostalgia and fascination.

In this respect, the novel "The Pictures on the Wall" appears to have hit a nerve here by affording readers an insight into the isolated living environment in one of the poorer Jewish quarters of Baghdad in the first half of the past century.

The novel's heroine Nuria lives there in a large multi-generational family, whose members are constantly observing and controlling one another. Intermarriage has always been the rule, but Nuria defies this custom when she falls in love with the young Adwar, who saves her from being raped by a group of Muslim thugs on the periphery of the Jewish quarter and whom she eventually marries. This leads to conflict with the powerful aunt Hadiwa, whose son Nuria had been promised to.

Up to that point, Nuria had been Hadiwa's favourite niece. The aunt had instructed the girl in the magical healing practices for which she was well paid and Nuria turns this to her own advantage, now earning her own money. This means she is in a position to curb the influence of her increasingly devout husband on the elder two of their three sons at least. But she can only partially protect the sons from the machinations of the extended family.

The writer skilfully interweaves their tragic fates – all three perish – with the political upheavals in modern Iraq, which plunge the Jews into a conflict of identity between tradition and modernity, Iraqi patriotism and Zionism. Towards the end of the story however, Nuria wins back not only her husband, but also the later-born fourth son, who was taken away from her by the family.

Finally, they all prepare to leave for Israel – the long exile of the "Babylonian" Jews now comes to an end with the return to the nation from which their fathers were once expelled.

"How numerous the memories"

Tsionit Fattal Kuperwasser, whose novel is regularly presented at the most important book fairs in Iraq, expressed to Iraqi journalists the hope that she would one day be allowed to visit Iraq, something her parents – who emigrated in 1951 and have since passed away – were never able to do. 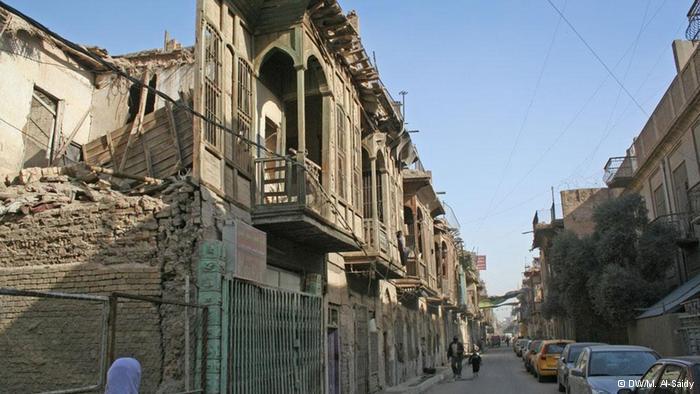 A historic break with the past: following the foundation of the State of Israel in 1948, Iraqʹs persecution of the Jews reached new levels. De-naturalisation legislation permitted them to emigrate on condition that they renounced their citizenship and all their possessions. Almost all of the some 120,000 Jews living in Iraq left the country – most of them heading for Israel

She is now receiving messages from Iraqi readers who regret the injustices done to the Jews in Iraq: It is time, they say, to acknowledge the Jewish contribution to the development of a modern and tolerant Iraq. One Iraqi poet even dedicated a poem to her and the heroine of her novel Nuria, in which the Iraqi laments: "How numerous the memories, that we have thrown away / How numerous, how many they are."

The Babylonian Jewry Heritage Centre, founded in 1973 in Or Yehuda near Tel Aviv, awarded its culture prize to Tsionit Fattal Kuperwasser in 2017. The prize was also awarded to the actor and television producer Yakar Semach, born in Baghdad in 1940.

His autobiographical novel "They Plant Flowers in Times of Need", also a literary debut, tells the story of his family and its involvement in the Zionist underground movement in Iraq. His second novel "Claire, You Are My Mezuzah", published in 2018, is also set in the Iraqi-Zionist milieu. It tells of the emigration of two young men from Baghdad to Palestine and describes their lives between kibbutz and city in the fledgling State of Israel.

Like Semach, an increasing number of older Iraqi-heritage Israelis are taking up the pen to process their own experiences or those of their ancestors in Iraqi into historical-fictional narratives. One of these writers is the 64-year-old engineer Ezra Zavani.Like Tsionit Fattal Kuperwasser he was also born in Israel and like her he attempts, in his novel "The Dream Embroiderer from Baghdad" through the figure of the self-confident young embroiderer Juliette, to produce a literary evocation of the lives of ordinary Baghdad Jews.

But Zavani's story focusses much more on the interactions between Jews and Muslims in the city. His Jewish protagonists also move around in mixed neighbourhoods. But beyond the peaceful co-existence – for example, Juliette has quite a number of Muslim customers – Zavani's novel also sheds light on the many dark sides of the Muslim-Jewish relationship.

For example, here we read about the involuntary entanglement of a young Jewish man in a criminal Muslim female trafficking ring or about the prison experiences of young Iraqi Zionists, which are described without heroic pathos. In this case too, the story ends with the collective emigration of the novel's Jewish characters to Israel – and Ezra Zavani is already working on another book, a love story between a young Zionist activist and a Muslim in 1940s Baghdad.

The Israeli Foreign Ministry has also recognised the trend and set up the Facebook page "Israel in Iraqi dialect". As well as cultural similarities, it also deals with the issue of the trauma of the Iraqi Jews, for example in the documentary film "Shadow in Baghdad".

In the film, the Israeli journalist Linda Menuhin Abdel Aziz, who was born there in 1950, enlists the help of an anonymous Iraqi colleague in the futile search for any final clues to the whereabouts of her father, who disappeared without trace in Baghdad in 1972. The journalist responds here to interested Iraqi viewers in a video, in which she addresses them as "My Iraqi brothers and sisters".

Historically Iraq's Yazidi community was isolated, under-resourced and very conservative. Seven years after the "Islamic State" tragedy, the community is more open to the world – ... END_OF_DOCUMENT_TOKEN_TO_BE_REPLACED

Asef Bayat, professor of Sociology at the University of Illinois, Urbana-Champaign, has been studying revolutions and how they affect people since 1979. In his recent book, " ... END_OF_DOCUMENT_TOKEN_TO_BE_REPLACED

Young people in northern Iraq are so disillusioned that many are trying to leave the country any way they can. Some fear widespread discontent could push people toward potentially ... END_OF_DOCUMENT_TOKEN_TO_BE_REPLACED

In this new bilingual edition, translated by Humphrey Davies, al-Jawbari, one of the thirteenth century's leading experts in skullduggery reveals all there is to know about the ... END_OF_DOCUMENT_TOKEN_TO_BE_REPLACED

In Iraq, returning families of IS fighters have to turn to local initiatives for help, as there is no official path home. Judit Neurink met with families on the ground END_OF_DOCUMENT_TOKEN_TO_BE_REPLACED
Author:
Joseph Croitoru
Date:
Mail:
Send via mail

END_OF_DOCUMENT_TOKEN_TO_BE_REPLACED
Social media
and networks
Subscribe to our
newsletter