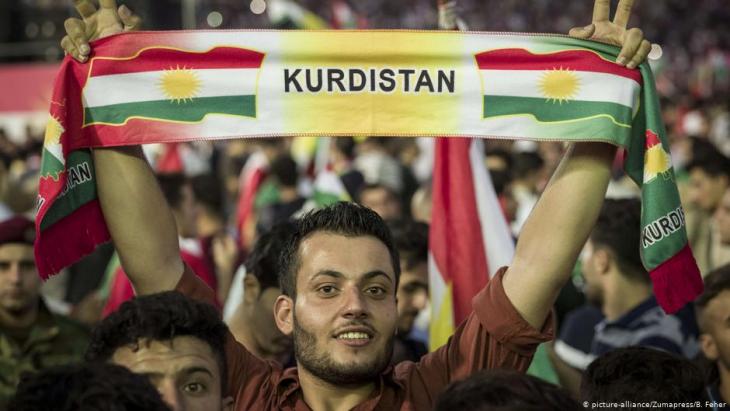 Rewaz Fayaq is just one of two women serving as parliament speaker in the Middle East, where politics is a man's world, but the Iraqi Kurdish mother of two is unfazed. Known for her straight talk, Fayaq knew she would face challenges when she was elected in 2019 to the post in the autonomous Kurdish region of northern Iraq.

"In Kurdistan, entering politics is not easy for women," Fayaq, 43, told journalists, citing "male domination, discrimination and sexual abuse" as the main hurdles.

"If a woman is not strong and does not shield herself, she will be entrapped by the personal and political gains of male politicians," she said.

Men backed by powerful tribes play an influential role both in public and private life in the region, where more than eight out of 10 women are housewives. Male politicians are seen as more influential than women in Kurdish society because they have armed bodyguards, plenty of money and the support of the media, said Fayaq.

And they are in the public eye, unlike women who are banned from taking part in tribal councils where key decisions affecting the Muslim-majority, conservative society are taken.

Avan Jaff, a women's rights activist, said Fayaq reminds her of Pakistan's late Benazir Bhutto, the first woman to head a government in a Muslim-majority country.

Fayaq "has self-confidence, charisma and is a true leader. She has changed the perception of politics in Kurdistan and is giving hope to all women," said Jaff. And she is "strong".

When a legislator threw a shoe at Fayaq during a parliamentary session broadcast live on television in March, the speaker "did not get upset or lose control even for a second", said Jaff. Instead Fayaq shot back telling the MP: "If you were throwing this shoe at me, I forgive you but if you were throwing it at parliament, I will not forgive you."

Fayaq, wears the veil and colourful flowing Kurdish dresses, holds a master's degree in international law and a doctorate in civil law. She entered politics at the age of 15, joining the communist party after her village was destroyed by the regime of Iraqi dictator Saddam Hussein.

A year later, she switched her allegiance and joined the Patriotic Union of Kurdistan (PUK), and was first elected to parliament in 2013.

Today there is just one other woman parliament speaker in the Middle East – Fawzia Zainal who was elected head of Bahrain's national assembly in 2018.

Late Iraqi president Jalal Talabani, founder of the PUK in which his wife Hero has long played a key role, "truly believed in women and their abilities" in politics, Fayaq said.

"Unfortunately, there are fewer female politicians now in the PUK than under Talabani, although today's society is more open and tolerant towards the participation of women in politics."

She admitted her non-conformist views have contributed to her isolation within her own party.

"I have felt alone over the past year and a half," said Fayaq, adding that she has been lambasted on social media by PUK figures. "At first this scared me and it was difficult. But now it has made me stronger," she said.

During her term, parliament has passed several laws including ones against oil and drug smuggling – two of the main scourges facing Kurdistan.

But nurse Murad Abdullah said parliament is not doing enough to improve living conditions in Kurdistan, which is frequently rocked by protests against cost of living rises and corruption.

"Every month the government cuts the salaries of employees and so far we have not seen the speaker or parliament question these measures," he said.    (AFP)

END_OF_DOCUMENT_TOKEN_TO_BE_REPLACED
Social media
and networks
Subscribe to our
newsletter