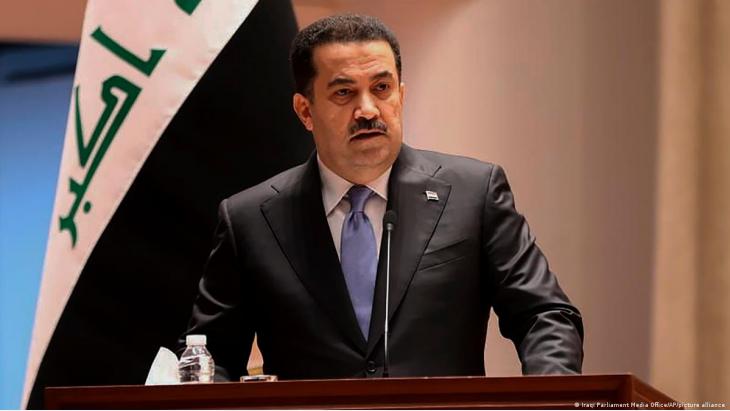 Iraqi lawmakers approved a new government on Thursday ending more than a year of deadlock, but still faces many challenges. Prime Minister Mohammed Shia al-Sudani,52, who previously served as Iraq's human rights minister as well as minister of labour and social affairs, will head the new government.

Sudani's picks for 21 ministries passed during a parliament vote on the Cabinet. He named the former head of the state-run South Gas Co. (SGC) Hayan Abdul Ghani as oil minister, kept Fuad Hussein as foreign minister for a second term, and Taif Sami as finance minister.

Sudani vowed to reform the economy, fight corruption, improve deteriorating public services, combat poverty and unemployment among other things. He also promised to amend the election law within three months and hold early parliamentary elections within a year.

"The epidemic of corruption that has affected all aspects of life is more deadly than the corona pandemic and has been the cause of many economic problems, weakening the state's authority, increasing poverty, unemployment, and poor public services," Sudani said in his speech in parliament ahead of the vote.

Sudani is the nominee of the largest parliamentary bloc known as the Coordination Framework, an alliance of Iran-aligned factions. He took over from former prime minister Mustafa al-Kadhimi, who had been leading a caretaker government, after anti-government protesters took to the streets in their thousands in 2019, demanding jobs and the departure of Iraq's ruling elite.

They accuse the political class that took over after the 2003 U.S. invasion that toppled Saddam Hussein of corruption that has driven the country into dysfunction and economic ruin.

Thursday's parliament vote comes a year after an election in which populist Shia Muslim cleric Moqtada al-Sadr was the biggest winner but failed to rally support to form a government. Sadr withdrew his 73 lawmakers in August and said he would quit politics, prompting the worst violence in Baghdad for years when his loyalists stormed government buildings and fought rival Shia groups, most of them backed by Iran and with armed wings.

Sadr, who has not declared his next move, has a track record of radical action, including fighting U.S. forces, quitting cabinets, and protesting against governments. Many fear protests by his supporters. Sadr appeared to oppose Sudani's candidacy because he is an ally of former Prime Minister Nouri al-Maliki.

The year-long political paralysis has left Iraq without a budget for 2022, holding up spending on much-needed infrastructure projects and economic reform. Iraqis say the situation is exacerbating a lack of services and jobs even as Baghdad earns record oil income because of high crude prices and has seen no major wars since the defeat of Islamic State five years ago.

"The government will be facing very tough challenges and have put forward a very ambitious program which could help stop the bleeding and get back on track if this programme is implemented," said Farhad Alaaldin, chairman of the Iraq Advisory Council, a policy research institute.    (Reuters)

More on this topic
Protests in Iraq: The streets speak for themselves!Political crisis in Iraq: Fighting for Shia hearts and mindsArab states in crisis: The ruling classes' dereliction of duty
Home
Print
Newsletter
MoreAll Topics

END_OF_DOCUMENT_TOKEN_TO_BE_REPLACED
Social media
and networks
Subscribe to our
newsletter