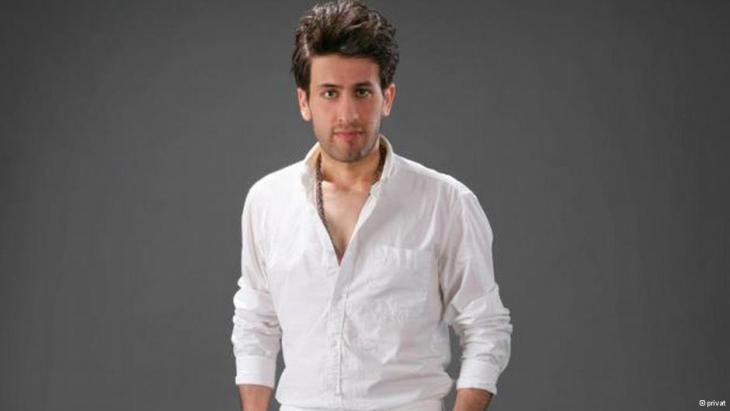 Raid Yousif – A Superstar in Limbo

After fleeing his native Iraq and settling in Germany, Raid Yousif is devoting himself to developing his music career. Despite setbacks, he's intent on breaking new ground. Eike Rüdebusch reports

Under repressive regimes, politically active or critical artists are often placed under surveillance and threatened. A prominent example is feminist protest girl group Pussy Riot, recently sentenced to prison terms in Russia for hooliganism after a demonstration performance in a church.

But in some parts of the world, dissent is punished more harshly than with a mere prison sentence. In the Middle East, for example, the death penalty can be imposed for religious infractions, leaving exile the only option for many artists critical of either the government or religious matters.

Raid Yousif, who makes Arabic pop music, is just one example. Berlin-based Iraqi composer and producer Al Azzawi noted that, generally speaking, pop music in Iraq is politically neutral. Yousif himself was no exception to the rule: "All my songs are about love," says the 28-year-old. Nevertheless, in 2010, he was forced to flee Iraq and seek refuge in Germany. 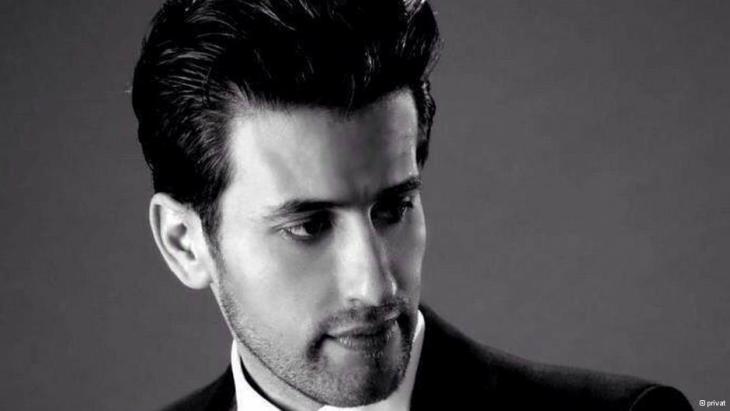 In Iraq, Raid Yousif wasn't only part of the Christian minority in a predominantly Muslim country, he was also a famous face: In 2004, he won a regional casting show in his native city of Mosul before coming to nationwide attention with another casting show in 2010

The singer wasn't only part of the Christian minority in a predominantly Muslim country, he was also a famous face. In 2004, he won a regional casting show in his native city of Mosul before coming to nationwide attention with another casting show in 2010, patterned after the international "Pop Idol" format.

"Something like 2,000 to 3,000 people took part in that program," Yousif told DW. "Any one of them could've won. They all had great voices. But someone had to win. Thank God it was me."

Superstar status in Iraq and beyond

Because of the precarious political situation in Iraq, it wasn't possible to produce the show there. Instead, the grand finale was shot in Beirut, capital of neighbouring Lebanon. "Of course the program was broadcast to all the Arab nations," said Yousif, underlining the importance of the program outside of his native Iraq.

After his TV victory, Yousif relocated to Dubai in the United Arab Emirates. "My base was Dubai. That's where I had my life and my home. But I travelled a lot. I played concerts in the USA, Canada, France, and in many Arab countries."

Composer and producer Al Azzawi says many Iraqi musicians opt for living and working in another Arab state – and earning a living from giving concerts. Very few choose to remain in war-torn Iraq.

However, once his residency permit for Dubai expired at the end of 2009, Yousif had to move back to Iraq. He soon found the situation there too restrictive. "I couldn't play gigs there," he said, "I couldn't make music when I wanted. There was a war on and I was always afraid something was going to happen." After half a year there he decided he couldn't stand the situation any longer.

In 2010, Yousif moved to Germany, with his first stop being Karlsruhe. From there, a judge sent him to Bad Mergentheim, a small town near Würzburg. "The judge sent me there because he liked me," says Yousif. "He had been there on vacation with his wife and said it was quiet and safe." 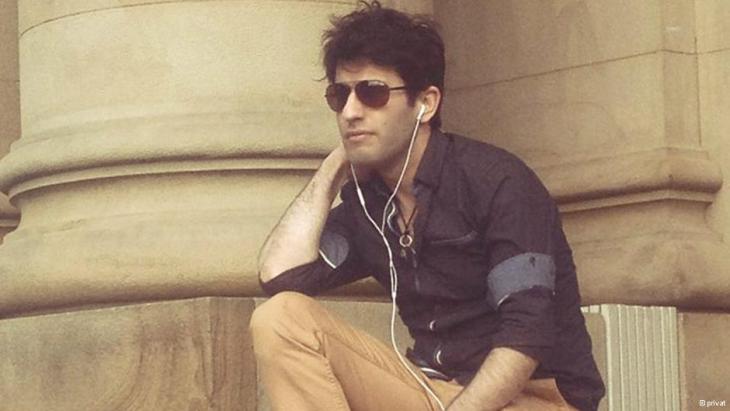 Ready for a new kind of music: the Iraqi musician and musicologist Saad Thamir sees an opportunity for Raid Yousif to fill a niche. He says Arabic pop has stagnated in terms of creativity during the last 30 years

Yousif says it was hard for him in the early days being in a new place with strangers and an unfamiliar language. His career inevitably fell by the wayside. He has since joined the local choir; but as a pop singer, he has only made two appearances in Germany. "To play live, I need a band," he explains, "and that's not so easy to find around here."

Nevertheless, he continues to record. He has already offered four new tracks to an Arabic record label; they've shown interest in two of them, but will only release them if he covers the video production costs himself. "They know I don't have the possibility to do that and think they can do what they want with me," he complains.

Despite having the obligatory musician's web presence (Facebook, Soundcloud) and picking up a few new fans online, not much has happened to Yousif in the last couple of years. However, he hasn't given up on his dream of a career in the music industry. "Music is what I want to do, 100 percent." His stay in Germany has already filtered through to his music. "Before, I only wanted to make Arabic pop," he says. "Now I want to sing in English for my fans."

Yousif also wants to turn his attention to something completely new. "I've got lots of ideas right now. I'd like to record new American-style pop music, but mix it with lyrics in Arabic. No one has done that before."

Cologne-based Iraqi musician and musicologist Saad Thamir sees an opportunity for Yousif to fill a niche. He says Arabic pop is a lot like its American counterpart, but it's stagnated in terms of creativity during the last 30 years. He recalls a traditional Iraqi proverb which says that if you do something new, everyone will talk about it.

Yousif remains optimistic. "Of course there'll be a market for what I'm doing," he says. "If I work hard, there's no reason why I shouldn't be successful."

Even in times of war and pandemic, refugees are still being deported to Afghanistan. Several deportation flights have taken place in recent weeks alone. Since those affected often ... END_OF_DOCUMENT_TOKEN_TO_BE_REPLACED

The USA and NATO plan to withdraw from Afghanistan by September. The operation is risky, the outcome uncertain. Many Afghans fear civil war. The quake on the Hindu Kush will also ... END_OF_DOCUMENT_TOKEN_TO_BE_REPLACED

German Middle East analyst Guido Steinberg and television journalist Ulrich Tilgner have both published new books on the conflicts in the Middle East. Their analyses and their ... END_OF_DOCUMENT_TOKEN_TO_BE_REPLACED

On 7 March, Switzerland became the latest European country to vote in favour of a so-called "burka" ban. It was yet another feather in the cap of the right-wing populist Swiss ... END_OF_DOCUMENT_TOKEN_TO_BE_REPLACED

Syrian-born Rafik Schami is a gifted storyteller and one of the most successful authors writing in German today. In his 50 years in exile in Germany, he has introduced the Arab ... END_OF_DOCUMENT_TOKEN_TO_BE_REPLACED
Author:
Eike Rüdebusch
Date:
Mail:
Send via mail

END_OF_DOCUMENT_TOKEN_TO_BE_REPLACED
Social media
and networks
Subscribe to our
newsletter