The Curse of Abu Ghraib

Last February Iraq's Abu Ghraib prison, made notorious by graphic pictures of abuse of inmates by US jailers, has reopened with top-of-the-range facilities and a new name. Birgit Svensson reports 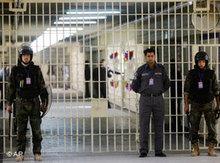 On February 21 2009, the former US prison at Abu Ghraib, which became synonymous with the maltreatment of prisoners, was opened under a new name

​​ The colourful flowerbeds and new streetlamps that now line the road to the prison do little to distract from the desolate aura of this place that has given rise to so many headlines in the recent history of Iraq.

Even from afar, the bleak landscape all around and the high walls topped with barbed wire enclosing the 110-hectare complex give one the feeling that it would certainly not be a good thing to find oneself serving a sentence here. The fresh coat of blue and beige paint applied a few weeks ago can't change that. Abu Ghraib is for many a cursed place.

The prison guards in their chic uniforms who receive the group of journalists look uneasy. Their pained facial expressions speak a language of their own. But they are not permitted to answer any questions. Instead, they proudly show the visitors the hairdresser's, library, Internet café, sewing room and gym.

Even a playground has been built here where inmates can play with their children during family visits. Abu Ghraib is now known as the Baghdad Central Prison. It reopened in late February with plans to initially take in 3,000 inmates. 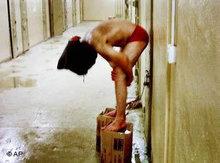 Pictures showing Iraqi prisoners being humiliated and maltreated by US soldiers were published in April 2004. They caused a world-wide storm of indignation

​​ Five years ago, in April 2004, the first torture photos taken in Abu Ghraib went around the world. One picture showed a young female US soldier leading a naked prisoner on a leash with one hand and holding a cigarette in the other.

That was the point at which foreigners from the West began to be abducted and bestially murdered. The fate of the US citizen Nick Berg, whose beheading was videotaped in May 2004, was just one example of the rash of vicious terrorist acts.

The killing in Iraq no longer recognised any taboos. Before the publication of the torture photos, it was only military targets and people cooperating with the occupation powers who were attacked, but afterward the terror was directed at everyone. More and more Iraqi civilians were sucked into the vortex of violence, and were abducted, robbed and murdered.

In the worst years, 2006 and 2007, when there were an average of 18 daily attacks in Baghdad alone, many people often didn’t dare to leave their homes for weeks at a time.

People would open their front doors hesitantly in the morning and look left and right to see whether corpses were strewn across the sidewalk again. Experts now estimate that anywhere from half a million to 700,000 civilians have been killed in Iraq.

Abu Ghraib was already a notorious torture site in the days of Saddam Hussein. The Baghdad suburb on the arterial road leading westward toward Jordan gave the detention centre its name. Up to 50,000 inmates sat out their sentences here at times, although the prison only has 15,000 beds. 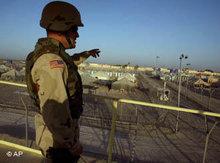 The prison, which is 25 kilometres from Baghdad, was built in the sixties. 4,000 prisoners were executed there during the rule of Saddam Hussein

​​ It was Iraq's largest prison. Torture and executions were part of the daily routine, and prisoners were often kept here for long years without a sentence or a trial.

Anyone whispering "Abu Ghraib" when asked about the whereabouts of family members or friends summed up in those two words the entire magnitude of Saddam Hussein’s reign of violence.

When the US Armed Forces invaded Iraq, many Iraqis hoped that human rights and the dignity of the individual would once again hold sway here. That is, until the photos of tormented and humiliated prisoners in Abu Ghraib proved the contrary.

The pictures also showed that representatives of a Western, Christian government were torturing Muslims – a fact that deeply wounded the proud and pious Iraqis.

The photos could be seen everywhere in spring 2004. In Baghdad oversize copies were posted on market stands and on the walls of buildings in the city centre and were sold in special photo albums and on CDs.

A sculptor made statues based on them and put on an exhibition at the prominent Hiwar Gallery. No reliable study has yet been made of the correlation between the humiliation of prisoners at Abu Ghraib and the population's increasing support for violent resistance against the Western occupiers.

But this connection is often made in everyday conversation, particularly as those responsible have yet to be brought to justice sufficiently, a situation the Iraqis bitterly lament. 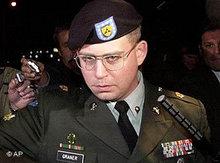 ​​Only a single officer of the US Army had to answer for his actions before court. The trial ended with a reprimand. Just one prison guard, the American Charles Graner, was sentenced – to ten years in prison.

In autumn 2006 the Iraqi government decided to close Abu Ghraib. The prison was to be made into a museum documenting the atrocities of dictator Saddam Hussein, who by then had been executed. There was also talk of tearing the prison down.

This January, however, the government announced that Abu Ghraib would reopen, under a new name and renovated with US funds. "Our prisons are hopelessly overcrowded", commented Ibrahim Busho, Deputy Minister of Justice, explaining the change in plans.

The other detention centres already house 35,000 inmates, with up to 120 people sharing a 50-square-metre cell. In a recently published report the UN speaks of intolerable conditions.

Added to this is the fact that the security agreement signed between Baghdad and Washington that went into effect at the beginning of the year stipulates that all inmates in US custody are to be turned over to the Iraqi authorities.

There are 15,000 such prisoners, who have not yet been tried. Every month, 1,500 of them are entrusted to the Iraqis.

The prisons are filling up faster than they are emptying. Six additional detention centres are currently under construction around the country, but it could take some time before they're finished.

The Justice Minister was under pressure, and that has meant that Abu Ghraib is up and running again, spreading fear and terror once more, even if it’s now called the Baghdad Central Prison. Prison torture is an everyday event in the new Iraq just like in the old, as the UN, Amnesty International and Human Rights Watch have found out. 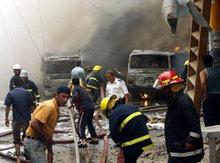 Violence out of control: the question everyone asks in Iraq is whether the country's own security forces can control the situation when the US army leaves in 2011

​​There are new arrests every week. While in the months following the US Army's invasion in 2003, it was usually followers of Saddam Hussein and his Baath Party who were put behind bars, today's prisoners are a much more diverse group.

At the time of the torture photos, 75 per cent of the inmates were from the Sunni community. Raids in the towns of the notorious Sunni triangle, which includes the cities of Fallujah and Ramadi and was considered the hotbed of the resistance, often ended with US soldiers arresting a town’s entire male population.

Today, the biggest challenge is no longer the terrorist groups, but the spiralling criminality. Everyone in Iraq is wondering these days whether the country's own security forces will be able to keep things under control once the US Army withdraws in 2011.

During the past six years mafia-like structures have formed similar to those in Latin American countries, and today muggings, thefts and abductions with ransom demands are a part of the misery of daily life in Iraq.

The prisons have an additional clientele. They no longer house only terrorists and violent criminals. In its report on worldwide corruption, Transparency International puts Iraq in first place. Since the US invasion, a web of corruption has developed here that reaches into all branches of Iraqi society, writes the organisation.

Even former ministers in both transitional governments are involved. If the current Prime Minister, Nuri al-Maliki, makes good on his announcement of boosting efforts to fight corruption, Abu Ghraib's capacities will soon be exhausted.

Iraq will at any rate not settle down to a peaceful existence anytime soon, and will have to deal with the legacy of Saddam Hussein and the aftermath of the US occupation for many years to come.

Birgit Svensson is a freelance journalist in Amman and travels regularly to Iraq.

Interview with Volker Perthes
Iraqi Decision Makers under Pressure to Reach Consensus
President Obama intends to withdraw all US armed forces from Iraq by 2011 at the latest. According to political scientist Volker Perthes, this means that Iraq's various power elites are faced with the challenge of drafting shared, workable policies. Günther Birkenstock spoke to him

END_OF_DOCUMENT_TOKEN_TO_BE_REPLACED
Social media
and networks
Subscribe to our
newsletter