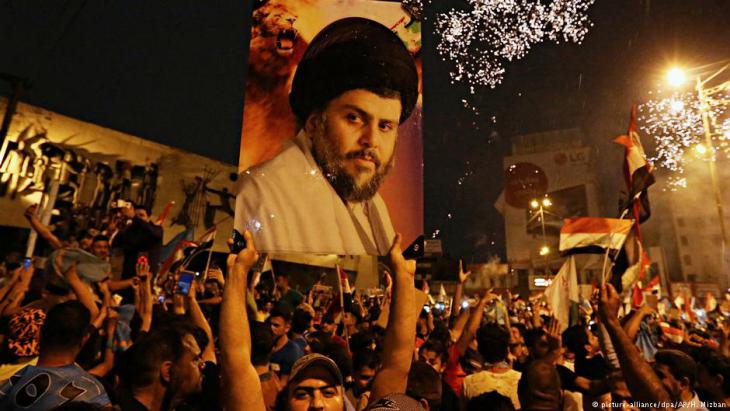 They voted along secular, liberal and national lines. Of the more than 22 million people eligible to vote in Iraq, just 44.5 percent turned out. Neverthless, their votes resulted in a sensational outcome for the country between the Euphrates and the Tigris.

For almost 15 years, the destinies of the nation have been dominated by a strict religious Shia alliance, with posts distributed in proportion to the individual ethnic groups. This model has now been consigned to the past. The legacy of US Administrator Paul Bremer, responsible for introducing the system of proportional representation to Iraq, has been buried as a result of this parliamentary poll.

The winner is a civil movement, a grass-roots alliance of six different parties and groups under the name Sairun. It brings together extremists such as the Shia cleric Muqtada al-Sadr and the Communist Party and unites representatives of all Iraqi ethnic groups.

The Iraqis' new calendar, which sorts life into periods pre- and post-Daesh – as the IS terror militia is known in Iraq – is, as of now, politically relevant. It is the new alliances and lists that have emerged victorious from these elections. New faces are entering parliament in Baghdad, the old guard has been voted out.

Hardliners such as the deputy who wanted to introduce a blanket ban on alcohol across Iraq and submitted two draft bills to this effect, or the deputy who regarded it as completely normal for girls under the age of 14 to be married off, are no longer represented in the new parliament.

In fact, there are few old faces visible on the many campaign posters frequently glued one on top of the other throughout the capital. Apart from Prime Minister Haider al-Abadi and his predecessor Nouri al-Maliki, almost all the candidates who competed for one of the 329 seats in parliament are new. The Iraqi constitution also stipulates a quota for women. A quarter of all deputies must be female. This injected colour and personality into the cityscape during the campaign. And the voters have indeed confirmed the evident trend. 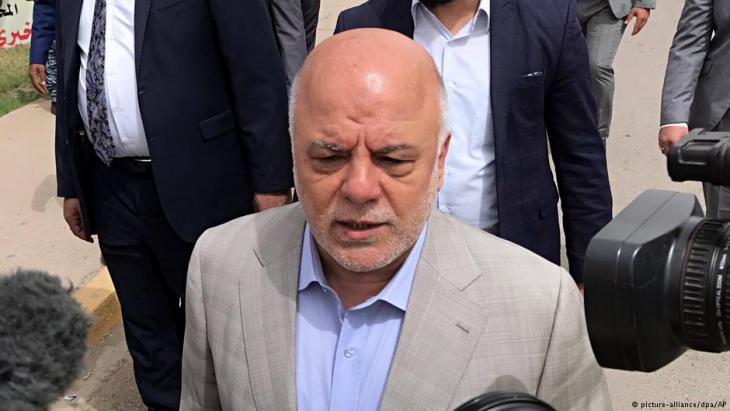 Bitter defeat for Iraqi Prime Minister Haider al-Abadi: so far, his "coalition of victory" has only taken one province in the elections. Al-Abadi has conceded defeat and congratulated the winning lists on their victory. He has declared that he will continue in government until a new administration has been formed

Scepticism was justified. After all, four years ago, people were saying the same thing, that Iraq was turning its back on religious parties and ethnic alliances. Then came IS and everything became even more extreme.

But now, a new political era really has begun. Even before the poll, the party landscape was in complete confusion. The religious Shia alliance was fragmented; the Kurdish bloc was crumbling; the Sunnis no longer had a party or alliance of their own and were distributed across all lists.

Even the current PM, Haider al-Abadi, and his predecessor Nouri al-Maliki, both former members of the strictly religious Islamic Dawa Party, stood on different lists. There were indications that the electorate would vote against a division of power along ethnic and religious lines – and that is indeed what happened.

Against cronyism and corruption

The battle against rampant corruption became a central issue of the campaign. As it affects all alliances and lists to date, the voters voted for new "unblemished" lists. To them, Sairun appeared the most authentic. Arising out of the Friday demonstrations of 2015 and 2016, when people demonstrated for better electricity provision and improved water quality, then later for reforms and an end to corruption, Sairun, – which means "rise" – has become an instrument of civil society.

Muqtada al-Sadr placed himself at the helm of the movement, dissolved his old party, forced corrupt ministers to step down and promised nationwide renewal. This won him much approval – from all of Iraq's ethnic groups.

Hamid al-Mutlak is one of the very few who had already served as a deputy and has now been re-elected. The Sunni Muslim, from the province of Anbar northwest of Baghdad, joined the Watania alliance led by Ijad Allawi, the first transition PM after the invasion of US troops in 2003. Allawi himself is a Shia, but he has always had Sunnis, Christians and even a few Kurds in his alliance.

But during the era of sectarian policies under Prime Minister Nouri al-Maliki, whom many hold responsible for the arrival of IS, Allawi had no chance. Now it is possible he will be involved in the future formation of a government.

"We Sunnis may no longer have a party of our own, but somehow we appear everywhere," said Hamid al-Mutlak, commenting on the latest development on Iraq's political landscape. What concerns him more than the fragmentation of the Sunnis is not so much the election victory of Muqtada al-Sadr and his Sairun movement, but the party that came in third: Fatah. 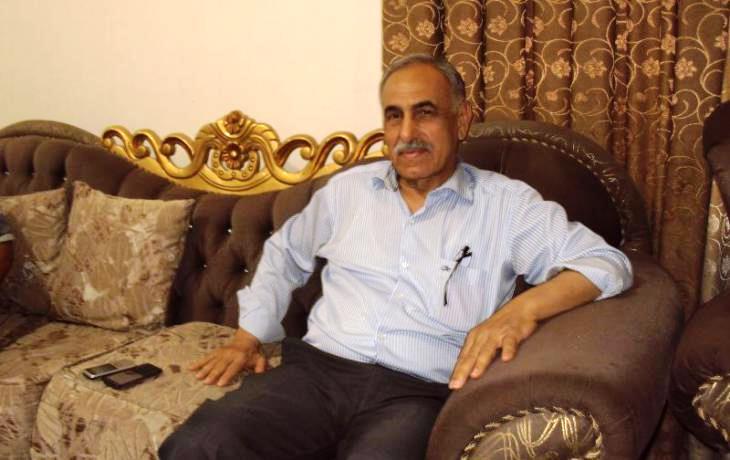 Political misgivings over the increased power of Shia militias within government and society: "I wanted Hashid al Shaabi to become part of the regular armed forces and not assume a special status," says Sunni politician Hamid al-Mutlak from Anbar Province

Like Sairun, this list is also new on the political stage and would have been inconceivable without IS. It is made up of members of the Shia militias, referred to as a group as Hashid al Shaabi, or Popular Mobilisation Forces. Together with the Iranian Al-Quds Brigades, they fought against so-called "Islamic State" and recaptured, for example, Tikrit, the home town of Saddam Hussein. In Mosul too, Hashid al Shaabi played an important role. Mutlak views this situation as extremely dangerous.

When the old parliament passed what was referred to as the Hashid law following the end, late last year, of the caliphate declared by the jihadists – a law that foresaw the almost 100,000 Shia militiamen being absorbed into the Iraqi security forces under the command of the Prime Minister – Mutlak voted against it. "I wanted Hashid al Shaabi to become part of the regular armed forces and not assume a special status," he says. Even though head of government Abadi was opposed to Hashid al Shaabi's leaders going into politics, it happened nevertheless.

Hadi al-Amari, the head of the largest militia under the Popular Mobilisation Forces umbrella, the Badr Organisation, saw himself as Abadi's successor. "If the militiamen gain immunity through their status as deputies, they can do what they like," Mutlak points out. He fears further discrimination against the Sunnis, which in any case already exists, but which he believes will increase owing to the political situation.

The collective punishment of entire villages where a few residents might have sympathised with IS or been members of the terror militia is on the agenda, he believes. Sunnis have been treated differently to Shias, Kurds and Christians, he continues. Their property has been confiscated, destroyed or looted. The Shia militias of Hashid are hated among Sunnis.

The extent of Fatah's influence in any future government depends on the final make-up of the coalition. After all, Muqtada al-Sadr and his Sairun alliance cannot govern alone. But Mutlak does not view Fatah as a potential coalition partner. "It is the opposite of Sairun," he says. With Fatah, Tehran would automatically have a seat at the cabinet table. But that is exactly what Muqtada al-Sadr wants to avoid. Whether he manages it is another matter.

Any reconciliation between Turkey and Syria’s Assad regime would have disastrous consequences for many Syrians, explains Syria expert Kristin Helberg END_OF_DOCUMENT_TOKEN_TO_BE_REPLACED

Iraq bears the scars of decades of conflict and has seen its antiquities plundered, yet the House of Manuscripts' collection has managed to survive END_OF_DOCUMENT_TOKEN_TO_BE_REPLACED

As Syrian camps housing families of Islamic State fighters get more dangerous, there are calls to bring children out, even if the mothers don't want to go. The idea of separating ... END_OF_DOCUMENT_TOKEN_TO_BE_REPLACED

Morocco has taken the 2022 World Cup by storm, with the northwest Africans reaching the semi-finals for the first time in their soccer history. As the knockout match approaches, ... END_OF_DOCUMENT_TOKEN_TO_BE_REPLACED

The Islamic Republic has been unable to quell the civil unrest that erupted three months ago, after Mahsa Amini died after being detained for violating hijab rules. Now the ... END_OF_DOCUMENT_TOKEN_TO_BE_REPLACED

The Kurds are under attack from two sides: from Turkey, and from Iran. The situation in their territories in northern Iraq is becoming increasingly desperate. Birgit Svensson ... END_OF_DOCUMENT_TOKEN_TO_BE_REPLACED
Author:
Birgit Svensson
Date:
Mail:
Send via mail

END_OF_DOCUMENT_TOKEN_TO_BE_REPLACED
Social media
and networks
Subscribe to our
newsletter