Irish judges to rule on ex-soldier accused of IS membership 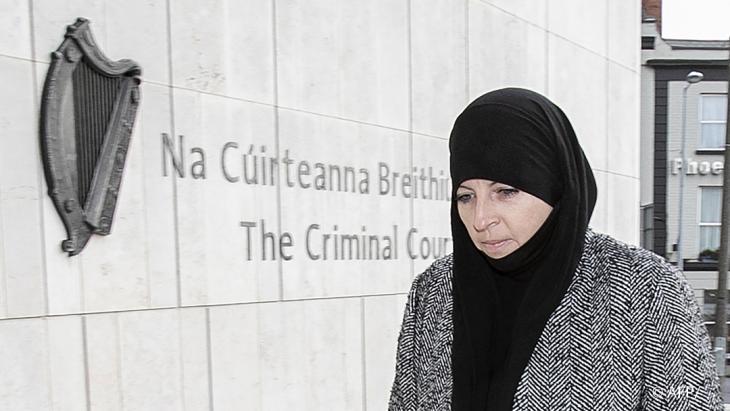 An Irish court will rule on Monday in the trial of a former soldier accused of being a member of the Islamic State jihadist group in Syria who had expressed a desire to live under Sharia law and die a martyr.

Lisa Smith, 40, from Dundalk on Ireland's east coast, pleaded not guilty to membership of an unlawful terrorist group between 28 October 2015 and 1 December 2019. She also denied funding terrorism by sending 800 euros ($900) to aid medical treatment for a Syrian man in Turkey.

During the nine-week trial, prosecutors have detailed how Smith, a member of the Irish Defence Forces from 2001 to 2011, travelled to IS controlled territory in 2015 after converting to Islam.

In 2012, she went on pilgrimage to Mecca, and expressed a desire to live under Sharia law and to die a martyr on an Islamic Facebook page. Smith bought a one-way ticket from the Irish capital to Turkey, crossing the border into Syria and living in Raqqa, the capital of the Islamic State's self-styled caliphate.

The militant Islamists ruled over vast swathes of Syria and Iraq, attracting thousands of foreign fighters to their cause before the group's territorial defeat in the region.

After failing to convince her husband to join her, Smith divorced him in 2016 and married a UK national involved in the group's armed patrols. As IS lost ground to a U.S.-led coalition on the battlefield and towns and cities under its sway fell, Smith was forced to flee Raqqa and then Baghouz, their last remaining stronghold, before returning to Ireland.

She was arrested on arrival at Dublin airport on 1 December 2019 with her young daughter.

Defence lawyers have argued that Smith's presence in IS territory did not make her a de facto member of the extremist Sunni group. They have said it could only be argued "at a stretch" that she provided some sort of assistance to the group because she had kept a home for her husband.

Smith's sentence will be decided by three judges, rather than a jury, through the Special Criminal Court, which adjudicates on cases involving terrorism and organised crime offences.    (AFP)

More on this topic
Female jihadists: Why women go to Holy WarIslamic State: Down but not necessarily out"Women of the Islamic State": Prisoners of a barbaric system
Home
Print
Newsletter
MoreAll Topics

END_OF_DOCUMENT_TOKEN_TO_BE_REPLACED
Social media
and networks
Subscribe to our
newsletter