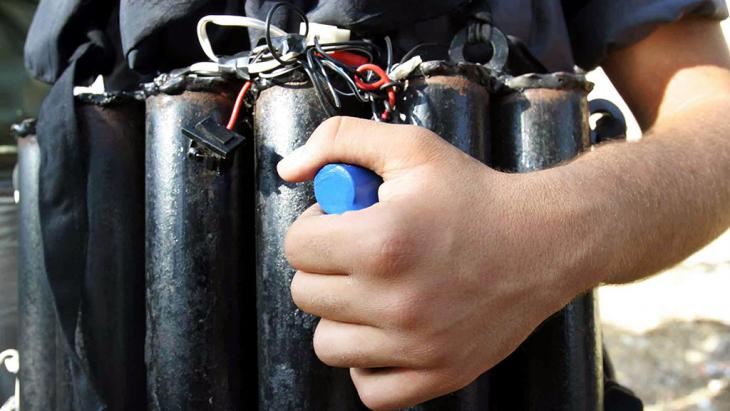 IS terrorism in Europe

Those who kill in the name of the IS and do an especially thorough job of it earn the honorary title "Inghimasi". Efficiency is everything here. Joseph Croitoru provides insights into the murderous strategies of jihadist suicide bombers

The suicide attack that involves blowing oneself up, and its staging for the media, was originally invented by leftist Palestinian terrorist organisations. Attackers were sent on their death missions in the 1970s under the secular description "suicide squad".

A decade later, the pro-Iranian Lebanese Shia militia Hezbollah, needing to circumvent the prohibition against suicide in Islam, coined for its suicide bombers the Islamic-connoted honorary title of "Istishhadi", meaning a jihadist who commits suicide within the scope of a "martyrdom operation" ("amaliya istishhadiya").

The term has had a meteoric career similar to that of the weapon of suicide bombing itself. Although the term is of Shia provenance, it is also a coveted honorary designation for Sunni suicide bombers who attack Shias. The "Istishhadi" thus quickly became the epitome of Islamist heroism. Over the past few years, however, the Sunni jihadists have had to increasingly share their fame with a new colleague in terror: the "Inghimasi".

The infinitive "Inghimas" has two meanings in Arabic: "to infiltrate", to penetrate deep into the enemy camp as a surprise tactic; and "to dedicate oneself (absolutely)". The new official Islamist term for a suicide fighter was apparently introduced by Al Qaeda in Iraq before it split into the two rival camps "Islamic State" and "Nusra Front".

They detonated their explosive belts

Unlike the "classic" suicide bomber, who in a largely standardised procedure has only to push a button igniting his explosive belt or car bomb, the "Inghimasi" has far more complex tasks to master. These vary but all aim at the same thing: an efficient attack with as many victims as possible. Whether the assault will involve a suicide bombing is decided according to the situation and the possibility of carrying sufficient explosives to the intended target. 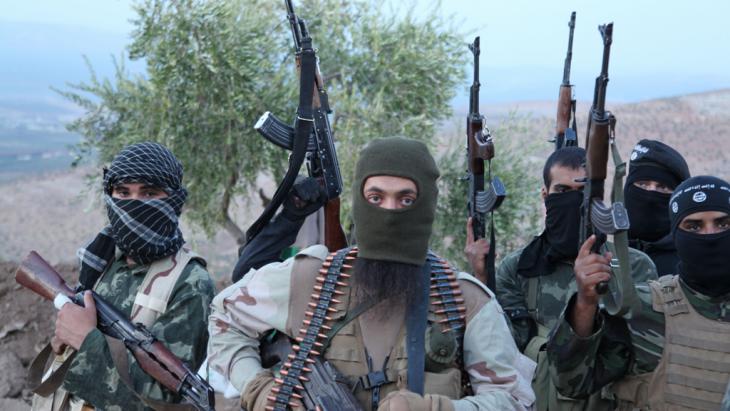 Total dedication to wreaking the greatest possible damage on the enemy: The IS terrorist militia, just like the "Nusra Front" associated with Al Qaeda, boasts of its so-called "Inghimasiyin", who keep managing, often in small groups, to penetrate deep into enemy territory in order to first engage the enemy in firefights and then to inflict huge losses by detonating the bombs they have in tow

For example, about two years ago in the northern Syrian village of Deir Hanna, "Nusra Front" fighters were coming under constant fire from a multi-storey building. Destroying the enemy emplacement with a car bomb was not possible because in the ruined, densely built-up area an explosives-packed vehicle could not be steered close enough to the target. Therefore, two armed "Inghimasiyin" were dispatched instead, who fought their way through to the house before blowing themselves up to eliminate the enemy.

A video of the operation is available today on YouTube for anyone who wants to watch it. In another incident, two Nusra fighters managed to infiltrate a well-guarded enemy base, where they detonated their belts of explosives and took a large group of Syrian government soldiers with them to their deaths.

The "new fourth generation of IS suicide attackers"

The IS terrorist militia is every bit as devious as the rival "Nusra Front" and also boasts of its "Inghimasiyin", who keep managing, often in small groups, to penetrate deep into hostile territory in order to first engage the enemy in firefights and then to inflict huge losses by detonating the bombs they have in tow. Unlike the death rides of the suicide bombers, which are regularly filmed from a great distance by the terrorist organisations, such operations can hardly be captured on video.

This is probably one reason why the IS likes to use the term "Inghimasi" in its war messages, which is evidently more frightening because its exact meaning is not clear even to Arab readers. This is clear from the mounting attempts at an explanation by the leading Arab media. The international Saudi newspaper "Al-Sharq al-Awsat", for example, felt obliged in early July to inform its readers about the enigmatic phenomenon of the "Inghimasi" terrorists, which it described as the "new fourth generation of IS suicide attackers". 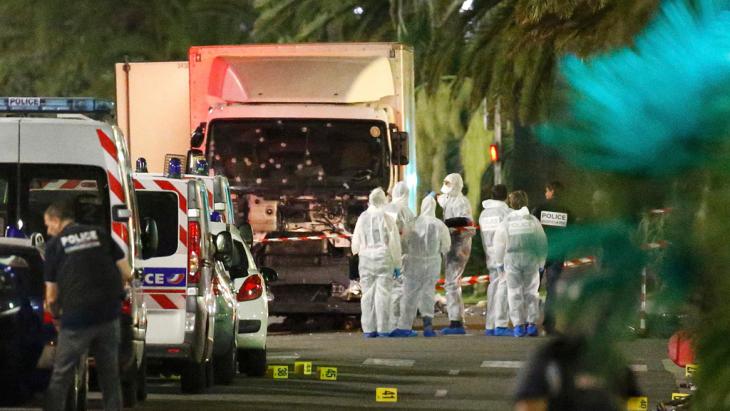 Nimbus of the indomitable: "It seems unlikely that Mohamed Lahouaiej-Bouhlel from Tunisia, the assassin of Nice, would not have heard about the new type of jihadist hero, seeing as it is such a hot topic on the Arab Internet," writes Joseph Croitoru

People in France became aware of this "new generation" shortly after the Paris attacks last November. The weekly magazine "Actualité Juive" spoke with the French jihadism expert Romain Caillet, who called the suicide bombers who attacked the Bataclan nightclub in Paris "Inghimasis". The American anthropologist Scott Atran, who teaches at the École Normale Supérieure, also noted the threat of this new type of terrorist recently in "Le Monde".

It thus seems unlikely that Mohamed Lahouaiej-Bouhlel from Tunisia, the Nice attacker, would not have heard about this new type of jihadist hero, seeing as it is such a hot topic on the Arab Internet as well. By using the term "Inghimasi", it is easier for the Islamists to evoke bold heroic exploits from the days of the Prophet for legitimation purposes rather than drawing on the old familiar stereotype of the suicide bomber, a product of the modern machine age. The glorified early Islamic "super warriors" were distinguished by falling upon a large number of enemies and overwhelming them.

A frequently cited example is Mohammed's servant Al-Bara Bin Malik, who is famous for his courageous exploits and his ingenuity. In one decisive battle, he supposedly insisted that his comrades throw him over the wall of the enemy fortress to open the gates for them. Legend has it that, before he managed to do so, Bin Malik fell upon the enemy and killed 10 despite sustaining numerous injuries. Thanks to his heroic deed, the battle was decided in favour of the Muslims.

Al Qaeda named one of its martyr battalions in Iraq after the legendary mujahid in 2005, and today a group of Syrian Islamists is fighting in the region of Aleppo under the name "Al-Bara Bin Malik Brigade" against Assad's troops as well as against the Al Qaeda offshoots operating in Syria.

In the violent fantasies of the individual Islamist-motivated perpetrators who are increasingly attacking targets in Western countries, parallels are quickly drawn between the erstwhile military opponents of the Muslims and today's "infidel" civilians. The Tunisian Lahouaiej-Bouhlel ostensibly not only watched violent Islamist videos on the internet but also took an interest in the mass murderer Omar Mateen, of Afghani descent, who shot nearly 50 guests at a gay club in Orlando, Florida, on June 12th. 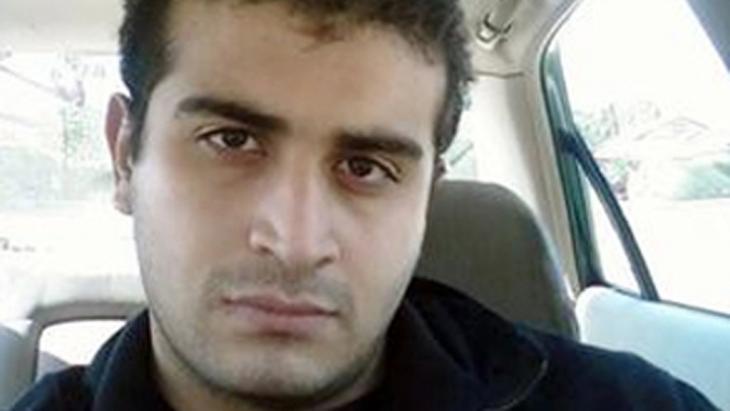 "Penetrating deep into the enemy camp: "The Nice attacker, Lahouaiej-Bouhlel, ostensibly not only watched violent Islamist videos on the internet but also took an interest in the mass murderer Omar Mateen, of Afghani descent, who shot nearly 50 guests at a gay club in Orlando, Florida, on June 12th."

Mateen had penetrated "deep" into the "enemy camp", which Lahouaiej-Bouhlel then equated with the large crowd assembled on the promenade in Nice to celebrate the national holiday of the secular French state – a state of which he was not a citizen and probably never would be because of his criminal record.

On the long beach promenade, a one-off suicide bombing would probably not have had a very spectacular effect, and Lahouaiej-Bouhlel's strategy thus proved far more deadly. Similar to an "Inghimasi", the gun-toting assassin still kept open the option of making use of his firearm in the event that his vehicle was stopped.

Falling upon a group of non-Muslims in order to kill as many of them as possible is a behavioural pattern that can also be discerned in the recent attacks by the 17-year-old, probably Pakistani, asylum seeker on a regional train near Würzburg and by the 27-year-old Syrian suicide bomber in Ansbach.

The former, after he had attacked the passengers and seriously injured some of them, then took his axe to the police pursuing him, who finally shot him dead. And the Syrian asylum seeker blew himself up in Ansbach with a bomb containing numerous sharp metal parts. If he had managed to make his way onto the grounds of the Ansbach open-air concert and mingle with the visitors, there would have been many more victims.

Unauthorised immigration to Europe went down at the peak of the pandemic. As EU countries re-open, migrant flows are back up. What does it mean for the EU – and for migrants? By ... END_OF_DOCUMENT_TOKEN_TO_BE_REPLACED

Religions are often a source of conflict. But the worldwide Religions for Peace movement seeks to change that by galvanising interreligious dialogue. Delegates from 90 countries ... END_OF_DOCUMENT_TOKEN_TO_BE_REPLACED

Berlin's annual Human Rights Film Festival closed at the weekend. One entry to the festival was the documentary "Captains of Zaatari". Its Egyptian director Ali El Arabi focuses ... END_OF_DOCUMENT_TOKEN_TO_BE_REPLACED

The world must take action now to prevent a deep and lasting humanitarian crisis in Afghanistan. But what, if anything, can be done? The one billion dollars pledged by ... END_OF_DOCUMENT_TOKEN_TO_BE_REPLACED

Germany's foreign policy is explicitly values-based. But what happens, Ralf Bosen asks, when democracy, the rule of law and human rights collide with the logic of trade and ... END_OF_DOCUMENT_TOKEN_TO_BE_REPLACED
Author:
Joseph Croitoru
Date:
Mail:
Send via mail

END_OF_DOCUMENT_TOKEN_TO_BE_REPLACED
Social media
and networks
Subscribe to our
newsletter