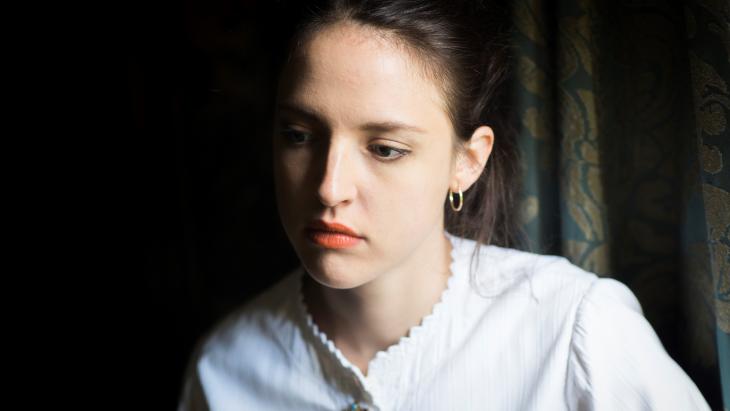 Isabella Hammad’s "The Parisian" is an engaging and accomplished debut based on the life of her great-grandfather. Set during the end of the Ottoman Empire and the rise of Palestinian nationalism, it is a classic coming-of-age novel. In interview with Schayan Riaz, the young British author with Palestinian roots talks about racism, the publishing world and giving a voice to Palestinians

Your protagonist Midhat Kamal is based on your own great-grandfather. Did you grow up with stories about him?

Isabella Hammad: There are lots of good storytellers in my family, and the stories they told about my great-grandfather were always very funny. When I was a child, I had a strong picture of Midhat in my mind, as you do when you hear anecdotes about a person repeatedly, you develop a feeling for them. That formed the basis for the character. I also interviewed my grandmother, other relatives, people who used to know him in Nablus. My aunts. They mostly knew him as an older person, so I had to fill in the blanks. I had the spirit of him, which came from these stories, but then I let my imagination roam freely, to work out how he became that older man.

At one point in the book, Midhat thinks about how "his own charade might be told after he was dead, when he no longer held the reins on his memories". Was "The Parisian" a way for you to preserve the memory of your grandfather?

Hammad: I think that bit was somewhat self-reflective. I was gesturing at the edges of my narration, indicating that I was writing about a real life, but that it was also, by necessity, a fabricated story. Pointing to the role imagination plays when someone recreates a life on the basis of research and anecdotes. 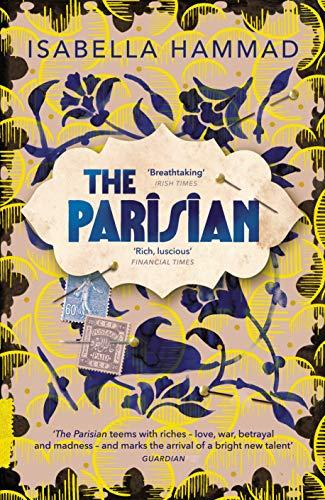 The impossible excuse of what might have been: "Anything you write about the historical past is inflected by the present from which you are writing, and in this case, it worked like dramatic irony. The book is not about the Nakba, but at the same time it’s all about the Nakba. Because the reader knows it’s coming," says Hammad

The first part of your book ends with Midhat experiencing racism from his hosts in France, before he returns to Palestine. Was that something you experienced growing up in England?

Hammad: I was a child when 9/11 happened and I remember at the time there was a sudden upsurge in Islamophobia. It was confusing and difficult for children from a Muslim background. I didn’t know how to navigate it at the time; I didn’t have the vocabulary. Some things other schoolchildren said are very shocking to think about now.

What role does the character of the priest play?

Hammad: The priest who studies Nablus is, in some ways, a counterpart to Dr Molineau in France: he also thinks that he is loving and benevolent, but actually fails to take into account his subjectivity, which is prejudiced and partial. The priest loves Nablus, but he observes its occupants as though they are unchanging, as though the city can be a kind of model Islamic civilisation which is representative and monolithic. He’s also based on a real person, who wrote a real book about Nablus in the nineteen twenties.

The publishing world often tends to put authors into a box for publicity purposes. How do you view this practice?

Hammad: No one wants to be relegated to a special shelf in a bookshop, or valued principally for bringing news from another part of the world, rather than for literary quality. Like any writer, I just want to write good books. Obviously, my political viewpoints and convictions are inseparable from why I write. But my primary aim is to create good art.

Has it ever been a problem for you to write about Palestine, especially when it’s such a contentious issue today?

Hammad: My story takes place before the creation of Israel, so it doesn’t deal with the situations of occupation and colonisation that continue today.

But in some ways, this is in itself provocative, since part of their national narrative is that the land was empty when they arrived. My principal intention, though, was to write a story about Palestinians. Historically, Palestinian voices in the West have been silenced, and there is still much caution, especially in America, around the topic of Palestinian lives and subjectivity and struggle. This is definitely palpable. I feel very lucky to have supportive publishers.

How is it to write about a place at a time that is so detached from its current state?

Hammad: Sure, it can be challenging to reach imaginatively past the current reality and into the past. Writing about "what might have been" can feel like an impossible exercise, overshadowed by the knowledge we all have of what has happened. Anything you write about the historical past is inflected by the present from which you are writing, though, and in this case, it worked like dramatic irony. The book is not about the Nakba, but at the same time it’s all about the Nakba. Because the reader knows it’s coming.

Is "The Parisian" an attempt to reclaim Palestinian voices and let them speak for themselves?

Hammad: Of course. Palestinians not only need liberation, but they need to set the terms of their own liberation. I see myself as part of a wave of a generation of writers and artists from historic Palestine and the diaspora, working in a multitude of languages. There’s a lot of art and writing coming out of Palestine now and it’s exciting.

A lot has been made about you being "only 27 years old" when the book was first published. Does that bother you?

Hammad: I don’t know. I don’t mind. They have to sell books in some ways. I did start to write "The Parisian" when I was pretty young. To be honest, it was such an enormous undertaking that I think it was probably good to be young, and naive. I’m currently starting to plot another big book, but I’m far more aware now of how much work and time it will require. I’ve lost the blissful ignorance of my 22-year-old self.

Home
Print
Newsletter
More on this topic
Sari Nusseibeh: A Palestinian looks back: The life of "others"Ghassan Zaqtan's "Describing the past": The vapours of memoryInterview with Palestinian American writer Susan Abulhawa: ″Literature is a facet of society″Palestinian feature film "Eyes of a Thief": A political family drama
Related Topics
Book reviews, History of the Near and Middle East, Israeli-Palestinian conflict, Literature, Middle East peace process
All Topics

Hamas in Gaza, the Palestinian Authority in the West Bank, and Israel: Palestinians have fewer and fewer rights, says Khaled Elgindy. The Middle East could escalate at any time. ... END_OF_DOCUMENT_TOKEN_TO_BE_REPLACED

Joe Biden promised to make democracy and human rights central to US foreign policy. But that means not insisting on Israel's right to defend itself without mentioning its ... END_OF_DOCUMENT_TOKEN_TO_BE_REPLACED

As the Biden administration attempts to promote democracy and human rights in the Middle East, it will confront the deep-seated belief among Arabs that U.S. policies are unfair to ... END_OF_DOCUMENT_TOKEN_TO_BE_REPLACED

Ben Aylon’s debut international album sees him elevate the traditional music and instruments of Senegal and Mali into a fresh contemporary setting. Seven years in the making, " ... END_OF_DOCUMENT_TOKEN_TO_BE_REPLACED

Years ago, the International Holocaust Remembrance Alliance formulated how hatred of Jews can be recognised. Now a new definition is causing controversy. By Sarah Judith Hofmann END_OF_DOCUMENT_TOKEN_TO_BE_REPLACED

When it comes to talent, Palestine may well be able to compete with other football teams in the region, but growth and development are hampered by the situation in the Palestinian ... END_OF_DOCUMENT_TOKEN_TO_BE_REPLACED
Author:
Schayan Riaz
Date:
Mail:
Send via mail

END_OF_DOCUMENT_TOKEN_TO_BE_REPLACED
Social media
and networks
Subscribe to our
newsletter