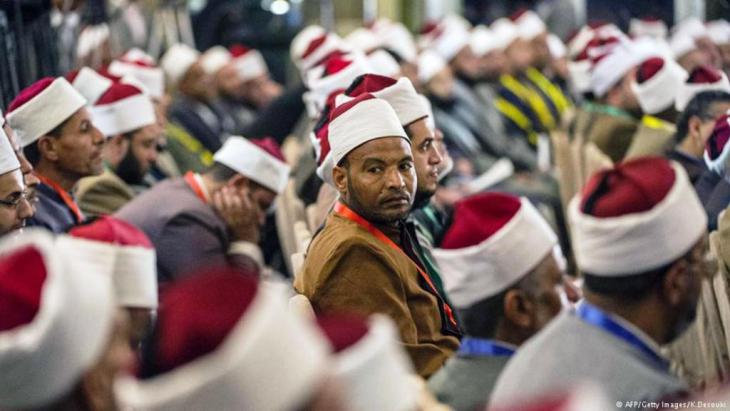 Islam, Al-Azhar and the terrorists′ ideology

If the cap fits

Whenever a country is the target of a terrorist attack, the issue of whether the perpetrators were linked to Islam rears its head. As Assem Hefny argues, questions regarding the relationship between Egypt′s Al-Azhar mosque and university, terrorism and ideological extremism – though hurtful – should not be dismissed out of hand

Cairo′s Al-Azhar is the greatest Sunni Muslim institution in the world, with a long history of studying and teaching the various branches of Islamic learning. It is also, under Article 7 of the Egyptian Constitution, ″the fundamental authority on the Islamic sciences and Islamic matters, with a responsibility for propagating Islam, the Islamic sciences and the Arabic language in Egypt and the world″. This means that anything – positive or negative – associated with Islam is linked to Al-Azhar, whether directly, as in the case of Egypt, or indirectly.

When we examine such questions, it can be remarkably difficult to reconcile or distinguish between theory and practice: between Islam as a creed and Muslims as people practising the tenets of that creed, and between Al-Azhar as a bulwark safeguarding the religious sciences through education and publishing and the historical experience of Azhar scholars in putting that idea into practice. All this stems from a failure to set out a precise definition of Islam or of Al-Azhar, even if the answer to this question of definition might seem self-evident.

If you wanted to judge whether Islam had anything to do with terrorism, you would have to start from clear definitions of both terms, because the Islam of my understanding consists of one divine, heavenly text: the Koran. The Koran is the primary basis for the Islamic faith and its main principles. The sayings and practices of the Prophet are a secondary source, supplementing the Koran with explanations and guides to implementation.

An important question now poses itself with regard to the historical experience of Muslims seeking to apply the texts of Islam: is this experience part of Islam or not? If you say ″No″, you have the advantage of being able to deny that Islam has had anything to do with all the killing, injustice and oppression that Muslims have committed throughout history, especially during their own internecine wars.

By the same token you would find it awkward to argue that the acts of justice, wisdom and compassion carried out by historical Islamic figures are attributable to Islam. Who amongst us does not quote the speech of Abu Bakr al-Siddiq when he took on the caliphate as evidence that Islam founded human rights? And there is plenty of other evidence that Islam is tolerant. 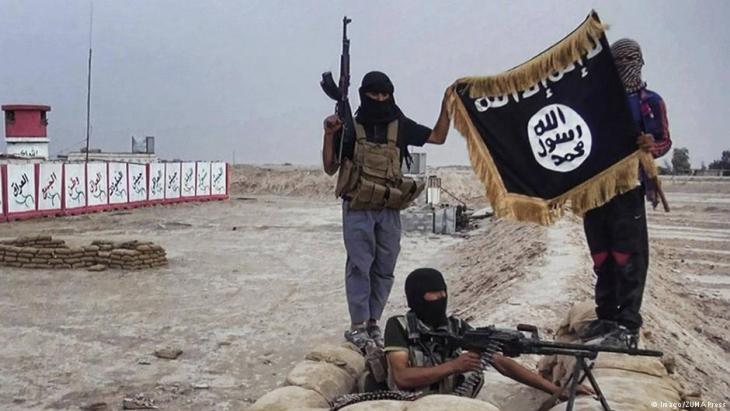 ″The more the level of awareness of human dignity and equality declines, the more discriminatory and aggressive people's understanding of a text becomes. Thus a terrorist understands ′jihad′ as motivated by differences of belief, interpreting the ′fitna′ that, according to a Koranic text, makes fighting obligatory as being directed towards non-belief in Islam,″ writes Hefny

If you answer ″Yes″ to the question, then everything that Muslims have done, good and bad, amounts to Islam. Whether one chooses this approach or the other as representative of Islam depends on the nature of the person doing the choosing, on their psychological, mental and cognitive disposition. Despite this, scholarly impartiality and historical knowledge requires that we recognise that all the facts cited by those who defend Islam's tolerance are correct, as well as everything cited by Daesh. Historically it is difficult to deny either the one or the other.

′A line between the covers of a book′

From a cognitive point of view, it is hard to separate a text from the person who puts that text into practice, because a text cannot speak for itself or put itself into practice. It is humans who put texts into practice based on how they understand them. The Imam Ali's famous remark that the Koran is a line between the covers of a book and that it is men who give voice to it is a neat formulation of this interpretative theory of knowledge. In other words, texts do not arrive in order to remain detached from the real world, but to interact with the world through human beings.

The more the tolerant cognitive awareness of people matures, the more evident the tolerant aspects of a text. By contrast, the more the level of awareness of human dignity and equality declines, regardless of which religion we are talking about, the more discriminatory and aggressive people's understanding of a text becomes. So a terrorist understands jihad as motivated by differences of belief, interpreting the fitna that, according to a Koranic text, makes fighting obligatory as being directed toward non-belief in Islam. In other words, you have to fight non-Muslims until they convert to Islam. Such interpretations, extant as text and in practice, are common to all peoples of the book: Muslims, Christians and Jews alike.

Linking terrorism and Islam is based on linking Islam with the Muslims who practise it, such as Daesh and other such groups, especially as they cite Islamic texts and the historical experience of Muslims. One cannot end the debate by saying that what Daesh does has nothing to do with Islam, unless one has solved the issue of the overlap between Islam as texts and Muslims who put those texts into practice in accordance with their understanding of them.

A resolution also requires that Al-Azhar accepts a formal link in its curricula between the reading of a text and the principles of sociology. In other words, a tolerant or an aggressive reading of a text is associated with the historical circumstances in question, thus allowing terrorism to be attributed primarily to people and not directly to texts, i.e. to their cognitive, cultural, social and economic make-up. This is not the role of Al-Azhar alone, but the duty of the state as a whole.

The burden of cultural regression

To solve the wrangling over Al-Azhar and its historical role we need to engage in a historical reading of ideas and experiences. Al-Azhar has undoubtedly played a magnificent role in maintaining religious knowledge over the ages and preserving the Arabic language, especially throughout the colonial period. Nevertheless, this well-earned pride should not allow us forget that there has never been any educational system other than Al-Azhar for us to compare it with – and that ever since Muhammad Ali introduced a non-religious system of education in Egypt, there have been two parallel tracks for education in Egypt. 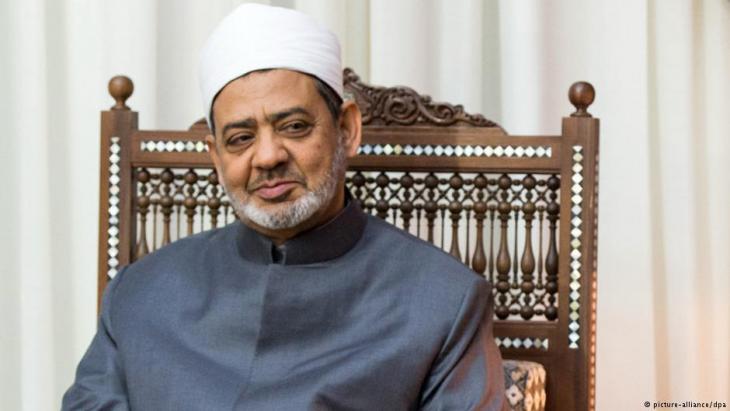 "Al-Azhar must realise that while terrorism is indeed linked to cultural, material, social and political decline and to an absence of freedom and social justice, a part of it is also linked to understanding texts, the curricula for interpreting them and the way they are taught. Even if Al-Azhar is not responsible for the first part, it must take primary responsibility for the second," concludes Assem Hefny

According to enlightened Azhar scholars, the Azhar track has always been and is still is, reactionary and narrow-minded. A quick reading of the history of Mohamed Abduh confirms this: how many times did he curse the curricula and their backwardness? Many Azhar scholars inside the Azhar itself make this same criticism of the reactionary curricula, nor do they object if others do so too.

I myself carried out a survey of two groups of students in what is described as the most open-minded faculty at Al-Azhar. I asked them how, assuming that tomorrow Egypt became as powerful as America, Muslims should treat non-Muslims – should they make them convert to Islam, make them pay the jizya tax for non-Muslims, or fight them?

An overwhelming majority of them said we should promote and propagate Islam. "What if others refuse to embrace Islam?" I asked. They said that, in that case, we should impose the jizya tax on them and if they still refused, we would fight them. So what's the difference between the mentality of these students and the thinking of Daesh? Is it only a matter of degree, in that Daesh is an overt manifestation of something that is hidden deep in the make-up of the majority of Muslims? If that is the case, it is a very serious matter and burying our heads in the sand is not going to solve it.

We need to distinguish between the duty to defend an institution that we love, whose value we revere and whose excellence we acknowledge and accepting a disease caused by the cultural regression that has afflicted Egypt as a whole, including Al-Azhar. It would do Al-Azhar no harm to recognise that it has fallen behind in learning, in line with Egypt's regression in material matters and education. It would do it no harm to acknowledge the disease, citing its causes, because if Al-Azhar is sick, can any Egyptian educational institution be in good health? Everyone is in the same boat and maybe the only difference is one of degree – that some are worse than others.

I see no difference between hostile attacks on Al-Azhar and desperate sentimental defences of the institution. Both attitudes are governed by emotion rather than reason and maybe by material motives rather than the desire for a solution. Muslims should be aware that they are responsible for the image of Islam and that whether Islam is associated with terrorism or not depends solely on their own behaviour, the state of their civilisation and their contribution to knowledge.

Al-Azhar must realise that while terrorism is indeed linked to cultural, material, social and political decline and to an absence of freedom and social justice, a part of it is also linked to understanding texts, the curricula for interpreting them and the way they are taught. Even if Al-Azhar is not responsible for the first part, it must take primary responsibility for the second.

Social media make many things possible – including the unwanted circulation of intimate private photos. This has given rise to new forms of crime and sexual blackmail. An ... END_OF_DOCUMENT_TOKEN_TO_BE_REPLACED

The change in U.S. president is also having an impact on the conflict between Turkey and Greece. Since the USA has started to play the Greek card, the strategic situation in the ... END_OF_DOCUMENT_TOKEN_TO_BE_REPLACED

Arab women played a leading role in the protest movement of 2011. Since then, ongoing social transformation has had a considerable impact on their lives. What is their assessment ... END_OF_DOCUMENT_TOKEN_TO_BE_REPLACED

They’ve already got the Louvre; they’ll soon have a Guggenheim Museum as well – and now the Emirates have added literature to their quest for cultural supremacy in the Arab world ... END_OF_DOCUMENT_TOKEN_TO_BE_REPLACED

Years in the making, Sisi's elite New Administrative Capital will isolate most Egyptians from their centres of government in an effort to fortify the regime against any social ... END_OF_DOCUMENT_TOKEN_TO_BE_REPLACED

Professor Timothy Brennan's "Places of Mind: A Life of Edward Said" is a detailed biography of one of the most important intellectuals of the twentieth century, taking us on a ... END_OF_DOCUMENT_TOKEN_TO_BE_REPLACED

Comments for this article: If the cap fits

The author makes a very neat and clear analysis?

However, sometimes, his words are highly misleading, as in "In other words, you have to fight non-Muslims until they convert to Islam. Such interpretations, extant as text and in practice, are common to all peoples of the book: Muslims, Christians and Jews alike.". Looks nice, sharing the blame, but in reality this is pure idocy as there is no comparable violence by christians or jews.

END_OF_DOCUMENT_TOKEN_TO_BE_REPLACED
Social media
and networks
Subscribe to our
newsletter