The Acceleration of History

Contrary to the European experience, secularization in the Islamic world preceded a religious reformation – with profound negative consequences for political development in Muslim societies. An essay by Nader Hashemi 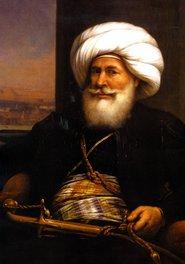 Extensive modernization instead of religious reformation: Muhammad Ali, the 'Father of Modern Egypt'

​​ One of the most insightful scholars writing today on the relationship between Islam and democracy is Abdou Filali-Ansary. In a discussion on the tension between Islam and secularism, written over ten years ago, he noted: "In the Muslim world, secularization [has proceeded a] religious reformation – a reversal of the European experience in which secularization was more or less a consequence of such a reformation." Unfortunately, he did not expand upon this insight. Doing so would have shed considerable light on problems of political development in Muslim societies today.

In the historical development of the West, a religious reformation preceded and then led to the onset of secularization. In retrospect, it is philosophically inconceivable to think of the emergence and spread of secularism without reference to the Protestant Reformation and the ensuing Wars of Religion that tore Europe asunder. In other words, in the historical development of secularism in Europe, Martin Luther's 95 theses (1517) essentially preceded and then indirectly led to John Locke's A Letter Concerning Toleration (1689) – one of the first moral justifications for the separation of religion and state in Western political thought.

The reverse sequence would have been difficult to fathom primarily because the political culture in Europe at the time was unwilling to support the idea of a separation of church and state.

Religion as the source of moral authority

Indeed, any religious innovation whatsoever, prior to the Enlightenment, was viewed with deep skepticism in large part because religion was the source of moral authority. This is why Thomas Hobbes was frequently attacked for his supposed atheism. At the start of his Leviathan, he anticipates that this would happen and that his fiercest critics would be upset primarily with his novel religious arguments not his overt political ones. John Locke was also a religious innovator. 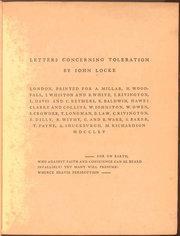 One of the first moral justifications for the separation of religion and state in Western political thought: John Locke's A Letter Concerning Toleration (1689)

​​ In both of his major political tracts, Two Treatises of Government and A Letter Concerning Toleration, Locke's political arguments – which had significant consequences for the development of secularism in the West – were preceded by a re-interpretation of Christian doctrine. In the Two Treatises, the moral basis of legitimate political authority are relocated, away from the "divine right of kings" and newly situated in the "consent" of the governed.

In A Letter Concerning Toleration, Locke's religious reinterpretation of Christian doctrine acts as a preface to his new conception of church-state relations where he diverges from the reigning Hobbesian consensus and argues that religious toleration is indeed compatible with political order on the condition that one can "distinguish exactly the Business of Civil Government from that of Religion, and to settle the just Bounds that lie between the one and the other."

In other words, the normative relationship between religion and state is first reshaped by Locke via a dissenting religious exegesis upon which a new conception of church-state relations is subsequently built. The lesson writ large from English history, therefore, is that a religious reformation of ideas with respect to government preceded the movement towards secularization and democratization.

Secularization in the Islamic world

​​ By contrast in the Islamic world, as Filali-Ansary has correctly noted, the reverse process has taken place – "secularization [has] preced[ed] a religious reformation." This has had profound negative consequences for political development in Muslim societies. The introduction of secularism into the region, first due to the colonial encounter with Europe and secondly due to the modernizing and repressive policies of the post-colonial state, effectively meant that secularism in Muslim societies was a top-down process of state imposition, rather than a bottom-up process that emerged via an organic connection with debates from civil society.

The eminent historian Marshall Hodgson discusses this theme in his comparative treatment of the modernization of Europe and the Middle East. A critical difference he uncovers – which had serious consequences for political development – was that the Muslim encounter with modernity, unlike in Europe, was marked by an "acceleration of history" that resulted in a radical rupture with the past. The prime casualty of this development was that modernization was not accompanied by a parallel transformation of religious, intellectual and political values on a mass level.

An extensive modernization program for Egypt

In the aftermath of Napoleon's occupation of Egypt (1798-1799), an Albanian officer of the Ottoman army, Muhammad Ali (1769-1849) seized power in 1805, destroying the old Mamluke military class and launching an extensive modernization program that transformed Egyptian society. It is because of his sweeping reforms that Muhammad Ali is credited with being the founder father of modern Egypt. 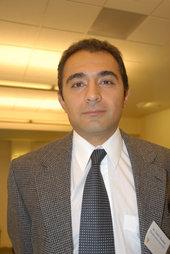 ​​ According to Hodgson, however, while Ali was successful in destroying the old traditional order and modernizing Egypt, "he found that the background of two centuries of steady social and intellectual transformation, which Western Europe had known, was totally lacking, and this lack restricted his ability to build certain narrow limits – limits then unfamiliar, but which were to become commonplace."

Muhammad Ali's attempt to construct a new intellectual life for Egypt was embodied in the modern school system that he established. Modeled on the West, with an emphasis on schools of engineering and science, the results according to Hodgson, despite their noble intentions, had a "destructive aspect." Over time, society became bifurcated between a small elite who were the recipient of a Western and secular education and the majority who were not.

The first group of students "had no serious knowledge of the Islamic past of Egypt, and found little sympathy for – or from – the masses of their families." The second group of students were the recipients of a traditional education and "were left to support the cultural continuity of the land."

The final result, according to Marshall Hodgson – which has significantly influenced the contemporary Muslim debate on religion, secularism and democracy – was that "one group [was] possessed of much modern book learning which alienated them from their own people and who knew almost nothing of the very religion they professed; another group, increasingly incompetent custodians of that religion, who knew nothing of the intellectual springs of modern life."

Hodgson goes on to note that the "story of Egypt was repeated – usually rather less neatly, and in a wide variety of circumstances – among most of the lands of urban and literate civilization of the Eastern hemisphere…. [a] large proportion … [of which were] more or less Islamic." His radical rupture thesis or as he called it – the "drastic discontinuity" of Muslim modernity – is relevant here because it complements the views of Filali-Ansary that "[i]n the Muslim world, secularization [has preceded a] religious reformation – a reversal of the European experience in which secularization was more or less a consequence of such reformation."

Hodgson's observation that the Muslim societies did not experience a "steady social and intellectual transformation" from below to match state-induced modernization from above is a reference to the underdevelopment of Muslim political culture. In other words, due to the absence of a religious reformation on the normative relationship between religion and government on a mass level, secularism has had weak intellectual roots in the Muslim world.

This chasm between state secularism from above and the nonsecular political culture from below also explains, in part, why today support for religious parties and calls for the establishment of "an Islamic State" have an appeal. Except for a minority of the population who have been the recipients of a Western education and who have internalized a secular outlook, a significant portion of Muslim society today is responsive to political appeals that call for the integration of religion and state and a rejection of secular principles.

There is infinitely more to this story but these background developments are central to any objective understanding of the topic.

This article is an excerpt from Nader Hashemi's book, "Islam, Secularism, and Liberal Democracy: Toward a Democratic Theory for Muslim Societies", Oxford University Press, 304 pages. (More on Nader Hashemi's website...)

José Casanova: "Europe's Fear of Religion"
Secularism on the Test-Bed
The sociologist José Casanova confronts the paradigm that secularisation is a prerequisite for open and tolerant societies. In Europas Angst vor der Religion (Europe's Fear of Religion) he calls for an end to the strict division between faith and politics. A review by Lewis Gropp

Interview with Udo Steinbach
"There Has to Be a Debate on Secularisation"
According to Middle East expert Udo Steinbach, Islamic societies are locked in a clash between modernisers and backwards-looking ideologues. Western policy should animate Islamic elites to develop a concept of secularity suitable for the modern Islamic context. Mohammed Khallouk talked to Udo Steinbach

END_OF_DOCUMENT_TOKEN_TO_BE_REPLACED
Social media
and networks
Subscribe to our
newsletter