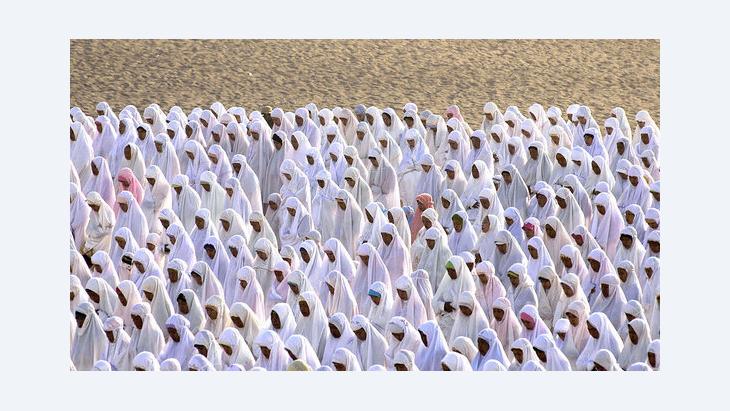 Islam and Democracy
Why 72 Per Cent of Indonesians Want Sharia

A Pew report states that 7 out of every 10 Indonesians want sharia law to be implemented. However, says Jennie S. Bev, author and columnist from Indonesia, there is no cause for alarm, considering the semantic differences in the use of the term sharia among Indonesians

A Pew Research Center's report titled The World's Muslims: Religion, Politics, and Society published in May caused a stir in Indonesian media as it concluded that 72 per cent of Muslim Indonesians, including women, are in favour of the implementation of sharia. The survey included 1,880 Indonesians in 19 provinces.

So, what does the survey indicate?

The fact that a high percentage of Indonesians welcomes the implementation of sharia should not be alarming, considering the semantic differences in the use of the term sharia among Indonesians. These Pew survey results should not be taken as a sign of Indonesian society's approval for what is often stereotyped as a legal system that enforces harsh corporal punishment, a strict Islamic dress code and the public classification of non-Muslims.

Islam as a religion, a legal system, a culture and a lifestyle means many things to many people. One person's definition of sharia is not identical to another's, even amongst scholars and religious leaders. 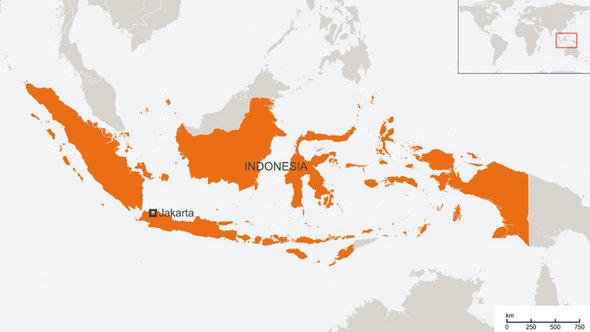 Islam is the dominant religion in Indonesia, which also has a larger Muslim population than any other country in the world, with approximately 203 million identified as Muslim. According to Jennie S. Bev, the support for both sharia and democracy among Indonesian Muslims is high

​​The term sharia is often associated with equality and social justice, as Amaney Jamal, special adviser for Pew Research from Princeton University clarifies. Words mean different things to different people. Sharia in Arabic means "path" or "way". It is similar to tao in Chinese, which also means "path" or "way". However, contemporary use of the term sharia has been associated with Islamic law, and to permission (halal) and prohibition (haram). Another meaning of sharia is related to social justice and fairness among those who have lost faith in the government and institutions.

In short, the Pew Research report must be read with this caveat.

Sharia in Indonesia is seen through a particular lens. For example, in a scenario with strict interpretations of Islamic legal principles, non-Muslims are viewed as second class citizens. Yet such classifications don't occur in Indonesia and violate fundamentals of the UN Declaration of Human Rights, of which Indonesia is a signatory.

Some might point to Aceh, a special territory of Indonesia, as an example of what Indonesians understand as sharia, since it has adopted Islamic legal principles requiring women to wear a headscarf in addition to prohibiting alcohol and gambling and enforcing zakat (an Islamic requirement to give 2.5 per cent of one's income to those in need).

While non-Muslims in Aceh aren't subject to Islamic legal principles, some individuals feel that they are being pressured to adhere to these principles. However, Aceh's unique views do not match the practices in the rest of the country, which is more syncretic and has decided not to follow Aceh's model. 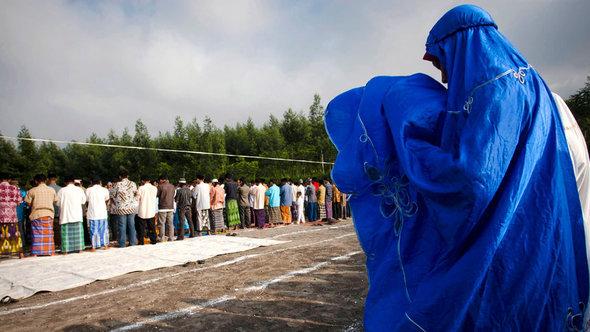 Large majorities in the Muslim world want the Islamic legal and moral code of sharia as the official law in their countries. However, most Muslims do not believe it should be applied to non-Muslims, according to a study by the Washington-based Pew Forum

​​According to Asghar Ali Engineer, an Indian scholar of Islam, certain classifications are contextual and thus are no longer valid in a modern context. In a 2010 article distributed by the Common Ground News Service he referred specifically to the example of slavery which was eventually outlawed in the Koran, noting also that concepts of democracy and citizenship today had no equivalent in the Koran.

Support for both sharia and democracy

By extension, his argument suggests that certain concepts understood to be part of sharia had their time and place are no longer relevant in the contemporary context. His viewpoint is echoed by many Islamic scholars and religious leaders from around the world.

Boston University professor Robert Hefner stated in the 2011 publication of Sharia Politics: Islamic Law and Society in the Modern World (Indiana University Press) that among Indonesian Muslims, the support for both sharia and democracy is high. The Pew Research survey also found that 61 per cent of Indonesian Muslims prefer democracy over authoritarianism. Thus, sharia in the meaning of a draconian Islamic law enforced under an authoritarian regime is unlikely to occur. It makes more sense for sharia to mean a "fair and just society" within a democracy.

As a sovereign country that has adopted the UN Declaration of Human Rights and is currently considered a rising star among the G20, it would be unthinkable for it to turn into an authoritarian theocracy.

More people should be encouraged to study the compassionate side of Islam. Peace and compassion are required to establish a fair and just society, and were likely the impetus for the high percentage of Indonesian Muslims who supported sharia in this poll.

Jennie S. Bev is an author and a columnist. She writes for "The Global Viewpoint" in Forbes Indonesia and the op-ed section of The Jakarta Post.

We are in favour of human rights. But One Love armbands are self-righteous and ignore some fundamental issues. Stefan Buchen examines the debate surrounding the World Cup in Qatar END_OF_DOCUMENT_TOKEN_TO_BE_REPLACED

With its traditions of neutrality and non-alignment, Indonesia has had to tiptoe around the Ukraine war debate. Pro-Russia sentiment in the region complicates Jakarta's foreign ... END_OF_DOCUMENT_TOKEN_TO_BE_REPLACED

Calls for an environmentally-conscious form of Islam are growing in Indonesia, as climate change poses enormous ecological challenges for the country. Experts say it could change ... END_OF_DOCUMENT_TOKEN_TO_BE_REPLACED

Indonesia has become a primary battleground between democratic and autocratic visions of Islam in the 21st century, with Nahdlatul Ulama pitted against Abdullah bin Bayyah, a ... END_OF_DOCUMENT_TOKEN_TO_BE_REPLACED

END_OF_DOCUMENT_TOKEN_TO_BE_REPLACED
Social media
and networks
Subscribe to our
newsletter