Islam and Enlightenment
A Space for Doubts and Questions

Germany's Science Council has proposed anchoring Islamic theology at the German universities – rightly and fortunately so, says Matthias Drobinski. In the juncture of religion and science Islam has the chance to win back the ability for reflection and self-restriction that the faith once had 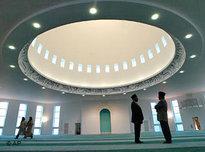 Checks and Balances: "A religion that no longer knows boundaries or doubts becomes petrified or declines into zealous fundamentalism...

​​ Raimundus Lullus was a multicultural phenomenon. Born in 1232 in Majorca, then populated mainly by Arabs, his career took him to the island's Christian court, where he converted to a Christian monk – remaining heavily influenced by Islamic Sufi mysticism nevertheless. He wrote his first book in Arabic, under the title Book of the Gentile and the Three Wise Men, with the aim of rationally depicting the advantages of Christianity. Yet the entire work is infused with respect for the Qur'an – because the word of God should not only be believed, but accepted and contemplated.

Raimundus Lullus, the universal scholar, will have written that with a sigh – his Church branded him a heretic for a time. It is a sigh that passes down through the history of the thinkers of the Christian Occident, from Abelard through Descartes to Lessing. They saw realised in Islam the very self-restriction of the religious through reason and enlightenment that Christianity painfully lacked for them.

The German Science Council has spent the past two years discussing whether it makes sense to research and teach theology, regardless of the faith in question, at state universities. It has now answered that question – rightly and fortunately so – with an emphatic Yes. The council in fact has even proposed anchoring Islamic theology at the German universities, with its own institutes and the same academic aims as Christian theology, albeit under stronger state control. The reasoning behind this suggestion is that a democratic and pluralist society thrives on the necessary tension between religion and enlightenment, piety and reflection, causing just as much unease for the pious as for the agnostics and atheists.

Enlightened theology studies the life of Jesus or Mohammed using historical methods, tackles the bible or the Qur'an with the tools of textual criticism, and thus also addresses the boundaries of religion. It does so not with the distanced gaze of Religious Studies, it does so for the sake of the religion itself – because a religion that no longer knows boundaries or doubts becomes petrified or declines into zealous fundamentalism. And it does so also so that a religion can credibly address the boundaries and contradictions of enlightened society – when it comes to war and peace, to biological ethics, to the beginning and end of life, to the tendency to treat the road of least resistance, the pragmatic and do-able solution as the ethical thing to do. 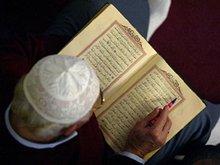 ​​There are Muslim scholars who describe a possible Islam with a gift for reflection and a leaning towards dialogue – in Turkey, in the USA, in Europe. It is just that they are a minority showered with insults and threats, have to leave their native countries and become martyrs to their faith. The only alternative to closely-lived faith for many Muslims is an angry No to their religion, as Necla Kelek and Seyran Ates for example have proclaimed in Germany.

Islam has forgotten and abandoned its own tradition of enlightenment. It threatens to become a religion of obedience to the letter of the law, in which Islamist thinkers have an increasing say. They transport an archaic, pre-Enlightenment image of the faith – and at the same time a very modern one. Many a young woman converting to the strictest possible form of Islam in Germany today does so because she likes its clear structures, its close and warming community, because she cannot find her way in a society in which every individual has to assemble her own life; the headscarf or the chador do not tip the scales here. The conflict over an enlightened Islam is thus not simply a conflict between the past and modern society – it is a conflict over the future of religiosity.

This is another reason why Islamic theology – just as its Christian counterpart – must have its place at the universities, the site of critical and self-critical reflection. The project harbours certain risks: Germany's Coordinating Council of Muslims (KRM), which is to decide on professors and curricula, is a fragile structure riddled with divisions, in which one group of representatives demands precisely the same decision-making rights in the faculties as the churches and the other group openly declares they will continue to import imams from Turkey.

The conflicts that lie ahead are predictable, partly because there is a great deal of money at stake. The fact that pressure is also rising for the Christian faculties to cut professorships and even close down entirely does not make matters any easier, as many Christians will gain the impression: We're shrinking, they're growing. 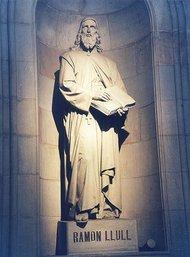 A "Christian Sufi": Just like Abelard, Descartes and Lessing, Raimundus Lullus saw realised in Islam the very self-restriction of the religious through reason and enlightenment that Christianity painfully lacked for him

​​Despite all this, an attempt must be made to risk the conflict, even a possible failure. It is a question of the future of theology as a whole, of the future of a religiosity counteracting the growing fundamentalisms. These are after all not a problem exclusive to Islam.

The Christians only have a narrow head-start in terms of modernisation: it was only in the 20th century that we generally accepted that the bible can only be understood in its historical context, and only the Second Vatican Council saw the Catholic Church's Yes to freedom of religion. And that head-start is threatening to disappear: particularly in Africa and Latin America, there is a marked growth in Christian churches that consider the bible to be a literal truth, that purport that men are superior to women, that are involved in aggressive missionary work – and that accuse the Western churches of betraying their faith. Any feeling of superiority on the part of Christians is inappropriate.

Religions do not automatically serve the cause of peace on earth. They do so when they are aware of the limits of their claim to the truth, when they allow doubt. The Europeans can ban burqas, headscarves or minarets. These are signs of helplessness, not strength. Yet they can also give the Islam that is seeking a home in Europe space for doubts and questions. A space to win back the ability for reflection and self-restriction that the faith once had. This will be a hard task in a religion in which most representatives maintain one cannot interpret the Qur'an on a historical and critical basis. But it is a job worth doing.

Lullus came to a tragic end, incidentally: disappointed and ideologically entrenched, he endorsed crusades against Muslims – and was stoned to death by an angry mob in Algeria in 1315.

END_OF_DOCUMENT_TOKEN_TO_BE_REPLACED
Social media
and networks
Subscribe to our
newsletter