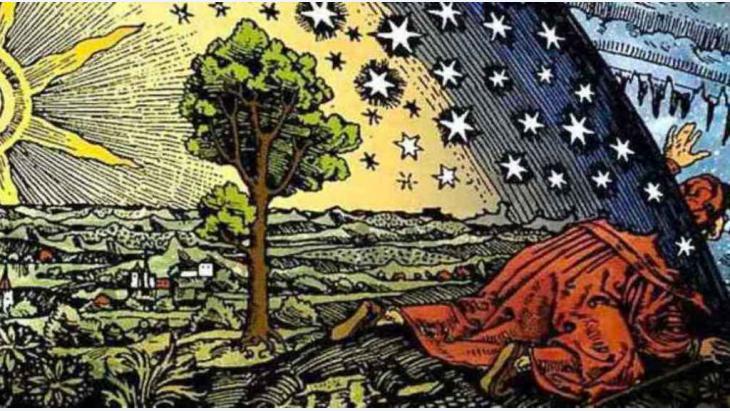 Beware of the myth

Anyone in Europe calling for Islam to finally go through a phase of enlightenment should first pause for critical reflection on our own concept of Enlightenment, writes the prominent Islamic studies expert Ulrich Rudolph

The current debate around Islam has led to repeated calls for Muslims to (finally) go through a phase of enlightenment. These calls usually combine two complementary assumptions: one diagnostic, which says that numerous problems in the Islamic world can be traced back to the fact that no enlightenment has taken place there yet; and one therapeutic, according to which "catching up with" the process of enlightenment will sooner or later provide solutions to these problems.

These are both bold assumptions, resting as they do on a one-dimensional construction of history, entirely focused on the European model of epochs (Middle Ages; Renaissance; Reformation; Wars of Religion; Enlightenment etc.). But even so, we cannot simply reject this call. The requirement linked with the concept of "enlightenment" is a categorical one. Strictly speaking, it is not founded in historical considerations, but applies fundamentally to all people.

On top of this there is the fact that many present-day Muslims share this same desire, hoping it will bring release from fossilised thought patterns that one-sidedly glorify an idealised past and are thus committed to a discourse that is mythical rather than rational.

Admittedly, in the current debate we should take care not to let enlightenment itself become a myth. That is exactly what happens when it is made an absolute and invoked as a general master-key, almost automatically opening the gate to intellectual and social progress. Enlightenment, too, is subject to preconditions and limitations. But these must be exposed if the debate surrounding it is to fulfil its own critical claims and not degenerate into simple lesson-learning. In this sense it seems imperative to look more closely at how the conditions for using the term "enlightenment" apply to the Islamic world and the following three considerations are made with this aim in mind.

The first problem with the current debate is that "enlightenment", meaning the human striving for emancipation and maturity, is exclusively identified with 18th-century Europe. But as we now know, in Europe alone enlightenment passed through various different phases and initiatives. 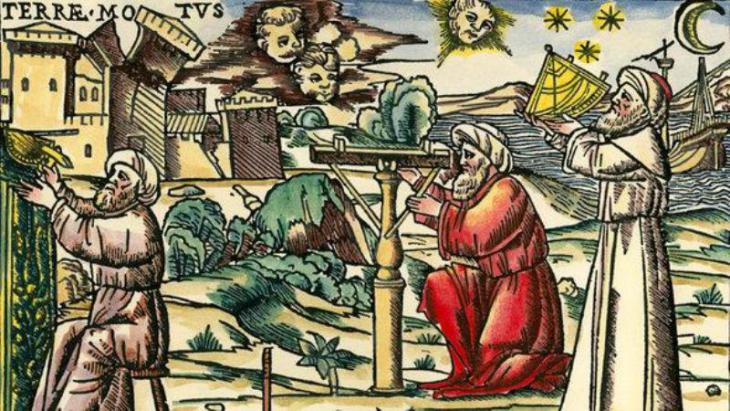 The heyday of Islam: intellectual and scientific thought flourished during the Abbasid period (749-1258). The imperial capital, Baghdad, became a centre of discovery and learning

These include the Renaissance, possibly the 13th century (if you agree with Kurt Flasch's theory), Greek Sophism and above all the philosophy of Plato and Aristotle, the aims of which are nothing less than man's independent use of reason and are therefore classed as enlightenment by Jurgen Mittelstraß among others.

Then there are similar tendencies in other cultural circles and of course in the Islamic world. There – depending on how the term "enlightenment" is understood – various thinkers are described as enlighteners: philosophers such as Abu Nasr al-Farabi, Avicenna and Averroes for their advocacy of independent reason; Abu Hamid al-Ghazali for his critique of reason; Abu Bakr ar-Razi for his plea for a rational religion; but also some political thinkers of the Ottoman period like Hasan Kafi al-Aqhisari, for his critique of government. Thus there are Islamic authors who have clearly articulated human striving for emancipation and maturity and who are ripe for rediscovery by both Muslims and non-Muslims.

But at the same time – and this is a second important point for the debate – acknowledging multiple phenomena of enlightenment certainly does not mean lessening the significance of the European Enlightenment of the 18th century. On the contrary: it is precisely when enlightenment is understood as a universal concept that it is also possible to accord a general validity to each individual manifestation of it and to call on today’s Muslims to engage with it intellectually. Some present-day Muslims may take that as an imposition, but it corresponds to an attitude that has long been held in the Islamic world.

The background to this offers another social challenge, namely the question of how Muslims of the early years were to deal with the intellectual legacy of antiquity. The answer to this was a self-conscious one. As Abu Yusuf al-Kindi put it, as early as the 9th century: "We must not be ashamed to acknowledge and adopt the truth, wherever it may come from, even if that be from distant races and other peoples."

And this was the spirit in which people acted, with many texts by Greek philosophers, particularly Aristotle, being translated into Arabic.

Home
Print
Newsletter
More on this topic
The decline of Islamic scientific thought: Don't blame it on al-GhazaliInterview with Angelika Neuwirth: "The claim that Islam lacks an Enlightenment is an age-old cliche"Secularism in the Islamic world: It′s a knotty problem
Related Topics
Christianity, Criticism of Islam, Democracy and civil society, Dialogue of Religions, Enlightenment, Islam and the West, Islamic philosophy
All Topics

Known to Jews, Muslims, and Christians by three different names – Sefarad, al-Andalus, and Hispania, respectively – the Iberian Peninsula has been a centre of fertile intellectual ... END_OF_DOCUMENT_TOKEN_TO_BE_REPLACED

A heated debate is raging in the Islamic world about whether the religious and political spheres in Islam are one and the same. Before this matter can be settled, the terms " ... END_OF_DOCUMENT_TOKEN_TO_BE_REPLACED

On their fourth CD "Irade" (willpower), Masaa has left its piano sound behind, yet continues with its new guitarist to pursue a path that bridges jazz improvisation and Arabic ... END_OF_DOCUMENT_TOKEN_TO_BE_REPLACED

Muhyiddin Ibn Arabi (1165-1240) is one of the most influential Arab philosophers and mystics. James Morris, Professor of Islamic Theology at Boston College, explains why his ... END_OF_DOCUMENT_TOKEN_TO_BE_REPLACED

Internationally Bamiyan tends to be associated with the tragedy surrounding its empty Buddha niches. But in recent years the central Afghan province has also been an island of ... END_OF_DOCUMENT_TOKEN_TO_BE_REPLACED

Any journey to southern Spain, to Al-Andalus, is akin to the start of a dream that finds its beguiling continuation beyond the Pillars of Hercules, in the Andalusian cities of ... END_OF_DOCUMENT_TOKEN_TO_BE_REPLACED

Comments for this article: Beware of the myth

Very well written article. I commend the author for his open mindedness.

END_OF_DOCUMENT_TOKEN_TO_BE_REPLACED
Social media
and networks
Subscribe to our
newsletter