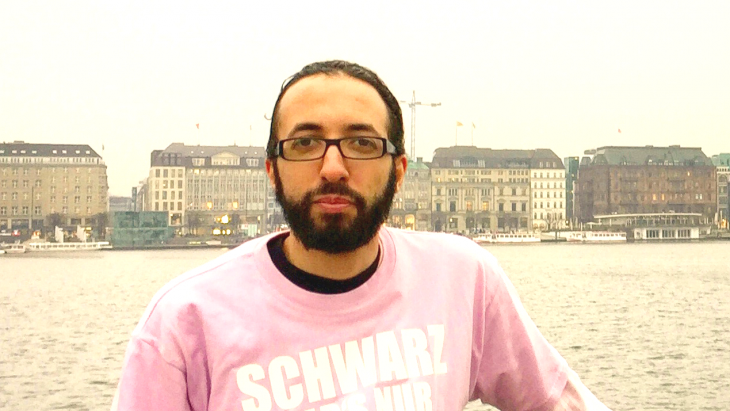 In your book, you reveal that your sexual enlightenment came from the 16th-century scholar Imam Ibn Kamal Pasha. Surely you must have made that up?

Ali Ghandour: No, it came as a shock to me (laughs). As a boy, I found a book by him in my father′s library. He has every kind of book you can think of, but this one was a little bit tucked away. There were stories in there that today you might compare with "50 Shades of Grey".

So what does he write about?

Why does a Muslim theologian today engage with what scholars thought about sex hundreds of years ago?

Ghandour:  My aim is to make people aware of a change that began in the 19th century and has now reached its peak: sex has largely become a taboo subject in Muslim families and mosques. I hope that readers, including Muslims, will ask the question: why were scholars in earlier times much more relaxed about the subject? 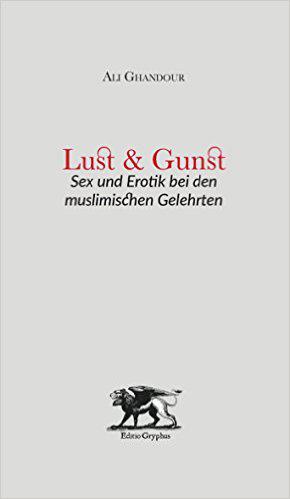 And why is that?

Ghandour: There′s no simple answer. Colonialism is one reason. Another is that religion has become ideological. It′s no longer a philosophy of life and a lifestyle; it′s supposed to provide a clear answer for everything. But that′s a modern phenomenon: people don′t want ambiguities nowadays. A few hundred years ago, differing opinions on sex were exchanged very freely.

Five hundred years ago, Imam as-Suyuti authored a book on ″sexual movements″. That sounds like the Kama Sutra.

Ghandour:  Yes, he wrote several works on the theme of sex. Two of them are about positions – and even more impressive than the Kama Sutra. Imam as-Suyuti also engaged with the topic linguistically; Arabic has almost 900 terms just for the sexual act.

So what needs to change in the way we talk about sexuality today?

Ghandour:  In Islam, the subject is almost exclusively dealt with on a normative level: when am I allowed to do things, what, with whom – and when am I not? This restriction is something new. Even worse: if you want to know anything about sex today, you read the old legal texts. But that causes problems, because you can′t compare pre-industrial society with that of the present day. At that time, people got married not long after they reached sexual maturity and single parents and small families were simply not envisaged. So you can′t map the norms of that time straight onto today.

The scholars you quote even see sex as an act of worship.

Ghandour:  Yes. The Prophet himself regarded sex as an act of charity – as something that purifies people. By doing something good for someone else, you are doing something good for yourself as well. Everything you do with the intention of coming closer to God and doing good for mankind, is an act of worship. Including sex. The scholar Ibn Arabi, for example, works from the principle that the highest knowledge of God is possible in the moment of sexual intercourse.

You find these stories particularly frequently in the writings of the Sufis, the Muslim mystics. Another book in the "Lust and Grace" series is being planned on that topic.

It′s unusual for a Muslim theologian to write a book about sex. Have you had any criticism?

Ghandour:  Interestingly, almost all the reactions have been positive – particularly from young people under the age of 30. That shows there′s a desire for this subject to be addressed. I′m sure not everyone thinks it′s a good thing. But so far those people haven′t spoken up...

There has been a lot of talk about sexual violence in Arab countries since the attacks in Cologne on New Year′s Eve. Do you see a connection with your research here?

Ghandour:  From a theological viewpoint, there is a clear answer here: we have to condemn what happened on New Year′s Eve. But these incidents also show that the way Muslim societies have made sex a taboo subject is not good. I′m certainly not saying that′s the only reason for this violence. But it would do Muslims good to lift this taboo. And it′s not even necessary: even God talks about sex in the Koran.

Home
Print
Newsletter
More on this topic
Interview with the Yemeni author Ali al-Muqri: ″Sex is the origin of all life″Shereen El Feki's ''Sex and the Citadel'': Exploring a sexual minefieldAbla Fahita: an Egyptian media phenomenon: The taboo-challenging puppet
Related Topics
History of Islam, Islamic lifestyle, Islamic theology in Germany, Koran | Quran, Sexuality and eroticism in Islam
All Topics

In her latest novel, Catalan-Moroccan writer Najat El Hachmi tells the story of a young migrant woman struggling to balance her desire for freedom and the demands of tradition and ... END_OF_DOCUMENT_TOKEN_TO_BE_REPLACED

Benjamin Idriz, imam of the mosque in Penzberg near Munich, is one of the most prominent representatives of Islam in Germany. He sees his role as building bridges to mainstream ... END_OF_DOCUMENT_TOKEN_TO_BE_REPLACED

Turkish author and journalist Mustafa Akyol is one of the foremost pioneers of an Islam reconciled with modernity. Musa Bagrac spoke with Akyol for Qantara.de about his new book " ... END_OF_DOCUMENT_TOKEN_TO_BE_REPLACED

In view of the catastrophic supply situation in Afghanistan, UN authorities are sounding the alarm. Inflation and growing poverty are exacerbating the situation. The Taliban ... END_OF_DOCUMENT_TOKEN_TO_BE_REPLACED

For Western listeners, the sound of the sitar is perhaps the most cliched musical symbol of India. Sitar player Hindol Deb, who lives in Cologne, Germany, has just released his ... END_OF_DOCUMENT_TOKEN_TO_BE_REPLACED

People these days are seeking orientation in a rapidly changing world. In response, all religions – each unique in their customs and traditions – need to pull together, says Chief ... END_OF_DOCUMENT_TOKEN_TO_BE_REPLACED
Author:
Lukas Wiesenhutter
Date:
Mail:
Send via mail

END_OF_DOCUMENT_TOKEN_TO_BE_REPLACED
Social media
and networks
Subscribe to our
newsletter