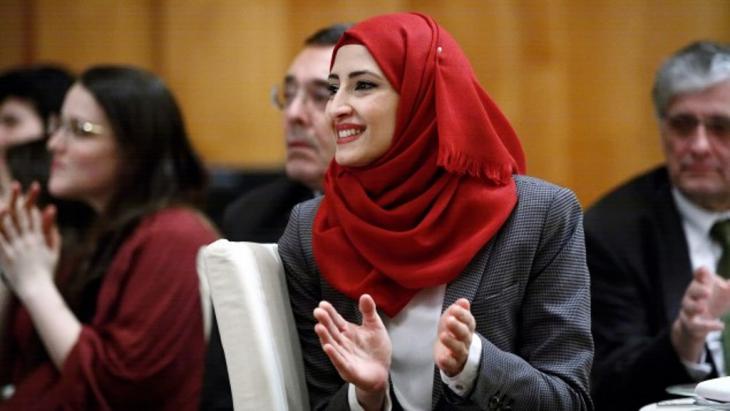 Go forth and create role models!

On the one hand, a marked swing to the right; on the other, there is now widespread talk about feminism – even Islamic feminism! Charlotte Wiedemann examines the challenges faced by Muslim women

The Friedrich Ebert Stiftung has already held two conferences on the subject, together with the Coalition of Muslim Women in Germany. In the suffocating atmosphere of the present day, we should be grateful to hear this from a mainstream political institution: "There is an Islamic tradition of fighting for women′s rights and there are Muslim women today who regard themselves as feminists."

But this doesn′t answer the question of whether – and how – Islam and feminism are compatible. In the global activist community, people used to have long discussions on the implications of the various self-descriptions as Muslim or Islamic feminist.

They went so far as to accuse the latter of being Islamists in disguise, since they apparently wanted to use Islam alone to overcome every problem faced by women. Can we see any parallels there? Of course: the deplorable discussion about whether Islam, or even just Muslims in general, belong in Germany. It is time to address more important matters.

For several decades, Islamic theologians have been working on new interpretations of the Islamic sources: in addition to the Koran, that means the Sunna, the records of the words and deeds of the Prophet Muhammad. 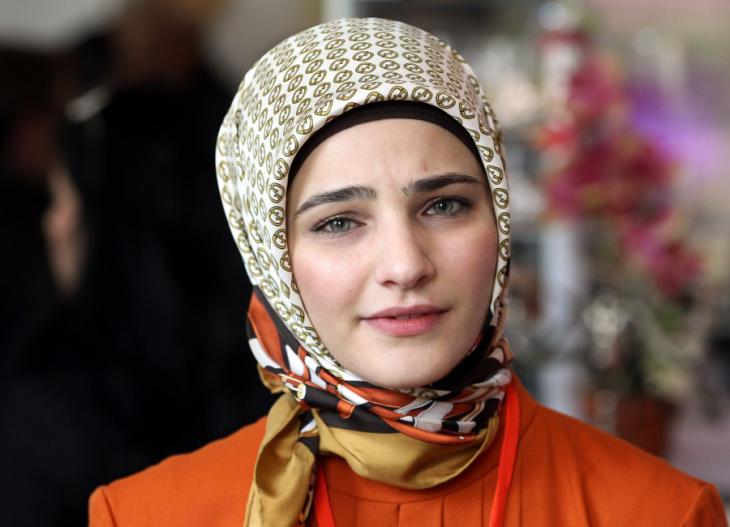 Feminism without Eurocentrism: "Western feminism is an expression of a European modernity that interprets other cultures as backward precursors of its own," says Tuba Isik-Yigit, head of the Coalition of Muslim Women in Germany

The wealth of legal practice, exegesis and commentary that has come out of the Sunna over the centuries has been created almost exclusively by men; as scholars, they clung to the norms and patriarchal attitudes of their day. And here, it is impossible to escape the fact that all religious interpretation is man-made and cannot claim to be unimpeachable – a central point for any modern believers in search of an identity.

Despite the dominance of patriarchal theology, female scholars did exist in earlier times; they are now being plucked from obscurity again. Much as we have seen in art history, male history-writing in Islam has erased much female achievement and female genius from the collective consciousness.

These new ways of interpreting and revaluating history demand a huge amount of expert knowledge. The work is being undertaken by international networks, but also by groups and individuals in Germany. Some female experts with the relevant knowledge have been able to link themselves to Institutes for Islamic Theology, like the one at Osnabruck.

However, this is all taking place in an atmosphere of heightened cultural struggle. What a contradiction: never before has there been such an effort by women to appropriate Islam for themselves – and at the same time, an increasingly Islamophobic Europe is forcing educated and emancipated Muslims into the role of chief witnesses against their own faith. Refusing this role is one of the essential prerequisites for those who see themselves as Islamic feminists.

The Palestinian Lana Sirri, whose book on Islamic feminism will be published in German in the autumn, uses the phrase "faith-based objection". This is her description of how she deals with passages in the Koran that seem to belittle women.

It means not allowing these passages to call into question the assumption that Islam as a whole enables an interpretation aimed at fairness, including gender fairness, though the passages are not ignored, either. That makes "faith-based objection" the opposite of the public expectations often placed on Muslim women: to reject their faith for the sake of the objection, or to melt it down into a chat-show-friendly remnant. 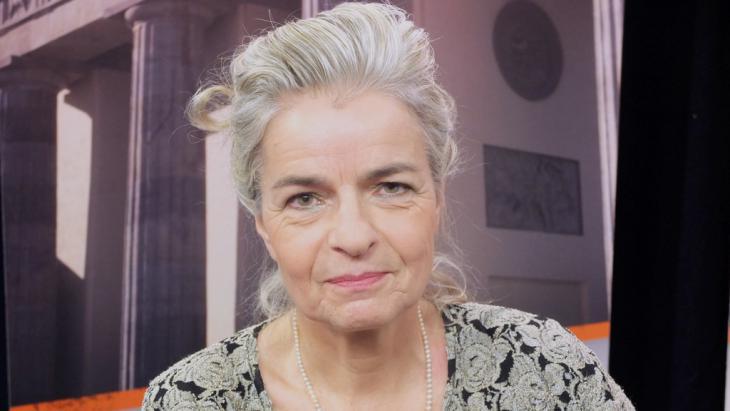 The political journalist and writer Charlotte Wiedemann lived for several years in Malaysia and travelled in numerous predominantly Islamic nations of Asia and Africa. In her work, she examines among other issues the latest social upheaval in Tunisia, Egypt and Yemen. Her book "You know nothing about us! My travels through an unknown Islam" was published in 2012. Her latest book "On trying not to write from a white perspective" is published by PapyRossa.

An Islamic (or Muslim) feminist has more opponents than can be named here: the right-wing populists, certainly; most Salafists, meaning the Muslim right; a secular German left which does not see believers as the subjects of emancipatory policy. And the way Alice Schwarzer divides up Islam, with "Sharia Islam" as a palatable image of the enemy, is not exactly an invitation to practising Muslim women to form an alliance, either.

The movement that calls itself feminism today has to rid itself of a white Eurocentrism, which creates a latent Islamophobia. Tuba Isik, head of the Coalition of Muslim Women in Germany, writes succinctly: "Western feminism is an expression of a European modernity that interprets other cultures as backward precursors of its own."

This is half right, half wrong. The mothers of feminism had a notion of a more general critique of domination and some, like Simone de Beauvoir, were anti-colonialists. All that was long time ago? Now the head of the International Monetary Fund has come out as a former victim of sexual harassment; that will not greatly impress women in the south who are fighting the IMF′s policy.

There is a lot that needs rethinking. Among those who practise enlightened feminism in Islam, many wear headscarves. Others take different paths, the most recent example being the new president of the state parliament in Stuttgart, Muhterem Aras, the daughter of an illiterate woman from Anatolia.

Female Muslim migrants are now writing women′s history for all women, breaking through the famous glass ceiling. Feminism and empowerment must mean being proud of everyone who achieves great things – instead of focusing on what makes them different, as unfortunately happens all too often to Muslims here. Devout or liberal, Alevi, Ahmadi or so-called converts – go forth and create three, four, lots of role models!

Another act of Muslim feminism: Kulsoom Abdullah from the USA has persuaded the International Weightlifting Federation to let Muslim women compete in headscarves and long sleeves. Weightlifters: symbolic, somehow.

Elke Muller is fighting for her daughter Anna, who fell in love with a young Afghan and converted to Islam. The mother spoke to Esther Felden about feeling alienated and her fear ... END_OF_DOCUMENT_TOKEN_TO_BE_REPLACED

As historian Wiiliam Dalrymple writes in his essay, scholars are only now beginning to realise the extent to which the Mughal emperors adopted what most would assume to be ... END_OF_DOCUMENT_TOKEN_TO_BE_REPLACED

There's not much to see yet, but it's clear that Cologne will be home to a new museum dedicated to migration. The government will provide funding to see the Central Museum of ... END_OF_DOCUMENT_TOKEN_TO_BE_REPLACED

Unable to travel to Munich to attend the presentation ceremony for his Geschwister-Scholl Prize, writer Ahmet Altan penned a message against hatred and nationalism from his prison ... END_OF_DOCUMENT_TOKEN_TO_BE_REPLACED
Author:
Charlotte Wiedemann
Date:
Mail:
Send via mail