Countering the Rise of Mistrust

Only when fighting words like Islamophobia and Islamofascism are avoided can the issue of Islam and modernity be studied and debated in an unbiased way, argues Claus Leggewie

​​Empirical social researchers have slapped a strong label on the increasingly negative attitude toward Muslims in European host societies: "Islamophobia". A team headed by German social researcher Wilhelm Heitmeyer sees this as an explosive facet of an overall rise in hostility that is found even in educated, middle-class circles.

In its latest report, the European Monitoring Centre on Racism and Xenophobia (EUMC) identifies a Europe-wide pattern of discrimination against Muslims that has been on the rise since 2001.

Yet given the terrorist attacks and the skeptical take on Islam in the media, one might actually be surprised at how little Muslims have been affected so far – that is, how willing the broad public still is to distinguish between peaceful, integration-minded Muslims and radical Islamists, not to mention terrorists.

The obligation to be tolerant

Charges were made that the survey by Heitmeyer and EUMC set up a bogeyman called "Islamophobia" that casts aspersions on criticism of untenable circumstances within the Muslim community.

According to the study, enemies of Islam include people who reply in the negative to statements like "Islam has produced an admirable culture," "I would enroll my child in a school in which a Muslim woman teaches in a headscarf" or "It is nobody's business but the Muslims' when they issue their call to pray over loudspeakers." This could, but does not necessarily, indicate prejudices and stereotypes.

However, the basic findings, backed up by a survey by the German Institute for Public Opinion Polling in Allensbach, are beyond doubt: mistrust is on the rise, not only of the terrorist margins, but of the core group of Muslim minorities in the West. This is especially striking in the middle classes; after all, in democratic societies they have an obligation to be tolerant and give the benefit of the doubt as far as integration is concerned.

The Islamophile stance once common in these circles, privileging otherness no matter what the circumstances and granting general absolution to religious-cultural difference, has undergone a radical upheaval.

At any random citizen's advocacy meeting on the notoriously controversial construction of mosques, even the affluent in the auditorium exude the aggressive general suspicion that places the burden of integration squarely and almost irredeemably on the shoulders of the Muslims. In the process they are willing to sacrifice almost any basic right, beginning with religious freedom.

​​Of course, there is another side to this freedom, namely the freedom to be left in peace by religion and to criticize it fairly and intelligently. And the benignity of a religion, which cannot be assessed exclusively by individual believers or their prayer leaders, is ultimately shown by how confidently it copes with criticism, indeed by the level of invective, hostility and mistrust it is able to endure.

But speakers for the Muslims level the accusation of Islamophobia even when their religion is subjected to legitimate criticism – something that must be cherished as an unyielding achievement of the Enlightenment.

In western democracies the notion of blasphemy as a crime has been abolished or toned down to in favor of the freedom of art and opinion. Thus, it is not hostile to religion to make use of this freedom, even if it offends religiously sensitive people. And criticism of sexism and unacceptable attitudes toward homosexuality in all Islamic societies and in the diaspora holds true not only for fanatical fundamentalism but for the Muslim mainstream as well, however wobbly the theological foundation for these attitudes may be.

Islam "as such" may offer little basis for the oppression of women and homosexuals, but it originates in an archaic, patriarchal culture which can accurately be characterized as thoroughly backward. Or is it not backward when Arab-Islamic societies strenuously insist on maintaining the tribal order of sexes and generations? Enlightened Muslims are also waging a desperate struggle against this state of affairs.

But not everything stamped as Islamophobia is actually Islamophobic. The fighting word comes from the vocabulary of an anti-racist organization, the British Runnymede Trust, which in 1997 presented a long list of critical taboos meant to promote a politically hypercorrect multiculturalism.

According to this list, a hostile attitude toward Islam even includes regarding it as a "political ideology" that is "used to political and military advantage" or "sweepingly rejecting 'Islamic criticism of the West'". By contrast, one who uses such views – which do indeed require differentiation – to discriminate against individual Muslims and deprive Muslims as a whole of human and civil rights is not Islamophobic.

The term needs to be used within certain limits – i.e. in cases in which Muslims are literally subjected to attacks, in which their mosques, schools and cemeteries are vandalized and they are discriminated against in the educational system, professional life or public institutions on the basis of their religion or external appearance. Without these limits, false tolerance and sensitivity only create a protected sphere within which the Islamic world can avoid self-critical insights and continue cultivating its victim mythos. 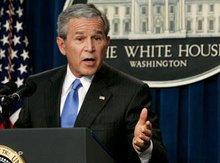 ​​Unfortunately, this is exacerbated by another fighting word that has become popular in the Islam-critical camp: "Islamofascism".

Islam experts such as Manfred Halpern, Maxime Rodinson and Malise Ruthven coined the neologism some time ago, and journalists on the left and right, such as Christopher Hitchens and Andrew Sullivan, used it to explain their support of the Iraq War, to which George W. Bush and Angela Merkel have recently applied the same epithet.

Is it necessary to draw this risky historical analogy in order to point out the significance of the conflict with Jihadism? Can Western democracies only be shaken out of their apathy and self-absorption when the Hitler bludgeon is brandished from on high?

The authoritarian character of nearly every regime from Morocco to Malaysia is indisputable, as is the totalitarian potential of theocratic movements, whether in the Shiite camp or the terror of Al-Qaeda. This is especially true of the kinship between fascist anti-Semitism and the Islamists' current battle against Jews and Americans which is now causing the new Nazis to join ranks with the Islamists.

But for all the parallels, there are too many features distinguishing it from the European phenomenon of fascism, which, in contrast to the Jihadists, postulated a strong nation-state and sought a neo-heathenism in radical opposition to Christianity and other religions, rather than a synthesis between cultural religion and social movement.

Even the fact that a "clerical-fascist version" existed between the wars, especially in Austria and Eastern Central Europe, cannot blur the huge distinction with regard to religiously-justified oppression and violence today.

Notwithstanding, the self-confident identification of the opponent and self-reflexive "study of the enemy" is needed, as Wolf Lepenies, last year's winner of the Peace Price of the German Book Trade, emphasized. With he startled the pacifist-minded public, less in the beleaguered Islamic Studies field than in cultural studies as a whole – but at the same time he avoided bellicose posturing in the "War of the Cultures".

We are still awaiting the fruition of this postulate in public debate and in the narrower field of cultural studies. Slogans and fighting words like Islamophobia and Islamofascism are simply in the way if we are at last to begin debating and studying Islam and modernity in a way that copes with the controversial issues themselves without the blinders of political correctness.

Prof. Dr. Claus Leggewie is the Managing Director of the Centre for Media and Interactivity at the Justus-Liebig University of Gießen

Pew Institute Study
Relations between Muslims and the West
Feelings between citizens of western countries and the Muslim world have not improved in recent years; in fact, they continue to worsen. That is the conclusion of a study by the Washington Pew Institute that was conducted in 14 countries. Peter Philipp reports

Muslims in Britain
Islamophobia, Multiculturalism and the State
Radicalisation of young British Muslims is not primarily a question of social status, writes Tahis Abbas. In his analysis, he looks at the alienation of young, seemingly successful, British Muslims and at the weakness of local Muslim leadership

Islamophobia
Holland Is Everywhere
Radical Islam poses a real challenge. But the debate in Germany has anti-Muslim tones. Nevertheless, the murder of van Gogh is no proof that multicultural society has failed, argues Eberhard Seidel.

END_OF_DOCUMENT_TOKEN_TO_BE_REPLACED
Social media
and networks
Subscribe to our
newsletter