Islam and Psychoanalysis
A Tale of Mutual Ignorance

The Islamic world and the world of psychoanalytic theory, says Tunisian scholar Fethi Benslama, have mutually ignored one another to this day. In this interview with Gabriela M. Keller, he explains why Islam contradicts psychoanalysis 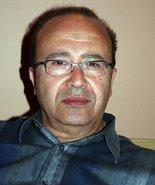 The way in which mental illness is seen in the Orient is also very different from in the West, Benslama explains

​​Since the 1980s Fethi Benslama, professor for psychopathology at the University of Paris VII, has been doing research at a point of interface that does not quite exist. In order to bring the two into contact, Benslama has been analyzing Islam, diagnosing its crisis, and interpreting the symptoms. He sees the most visible element of Islam, fundamentalism, as an answer to the guilt feelings of the faithful who must live in a world which they cannot reconcile with their religion.

You have been working on bringing Islam closer to psychoanalysis. Why do you think this is necessary?

Fethi Benslama: Because psychoanalytic approaches are largely unknown today in the Orient. For example, psychology is one subject that is almost never taught at the universities in Arab countries. The Muslim world resists psychoanalysis.

How do you explain this resistance?

Benslama: First of all, psychoanalysis is the only scientific discipline that was invented by a single man: Sigmund Freud. Freud was a Jew, and Muslims thus perceive psychoanalysis as a form of Jewishness. And because of the Israel-Palestine conflict, the Arabic world rejects on principle everything Jewish.

But psychoanalysis questions all religions – whether Judaism or Islam.

Benslama: That's right. And this is the second reason it is rejected. Many Muslims think that psychoanalysis propagates atheism. The way in which mental illness is seen in the Orient is also very different from in the West: the dominant theory is that the mentally ill are possessed by jinns. So they are not sent to a psychologist for treatment, but to the Imam for exorcism. This is the usual form of treatment. Mental illnesses are not understood as a medical problem, but as a supernatural phenomenon. Or a doctor prescribes anti-depressants, yet without accompanying the medication with therapy.

Religion is a major factor in the work of Freud. What did Freud say about Islam?

Benslama: Almost nothing, the ignorance was mutual. In contrast to Christianity and Judaism, Islam is the only large monotheistic religion in which Freud's ideas have carried no weight. In principle, that which applies to every other religion also applies to Islam: Freud says that religious belief is an illusion, a construction. This construction is an answer to what Freud calls the despair of the abandoned child. Religion offers consolation and relief from the despair by promising redemption from this forlorn state.

And in what way does Islam deviate from Freud's theses?

Benslama: Freud says that God is nothing other than an idealized father figure from whom the faithful anticipate protection and salvation. Thus the Jews call God the Father, and in Christianity God has even put forth a human Son. Islam, on the other hand, denies any connection between God and a father figure, nowhere in the Koran is God referred to as a "Father." In Islam, humans are not seen as the children of God. Instead, the Koran says: "God was not born and God did not give birth to..." There is no direct line of descent between God and mankind. The Koran thus contradicts Freud's thesis.

And what practical effect does this have on Islam?

Benslama: In principle, Islam demands something that runs counter to the psychological needs of humans. People must liberate themselves from an infantile need. Every child, even a Muslim child, will perceive his father as a God. But Islam rigorously denies this child-like idea of God, and it thus becomes a very abstract religion. God is far removed from humanity because he may not be compared in any way with the idea of mankind. A divine conception, as with Jesus, would be unthinkable in Islam.

What are the social effects of God's distance to man?

Benslama: A distant, abstract God gives people the freedom to do on earth as they please. This freedom is on the one hand completely arbitrary, but on the other it grants mankind great responsibility. Traditionally this viewpoint was very prominent in Islam and expresses itself in a religious interpretation that is very open to the world. There is for example no celibacy or monasteries in Islam where believers can withdraw from the world.

Does this still have an effect on the Muslim world today?

Benslama: There is also a second way in which a distant God affects the Muslim worldview. In Europe it is often said that "God is dead." If God cannot be personified, which Islam forbids, He can also not become part of history or die. God is thus omnipresent, humankind can never be alone in the world, every movement is watched by God. This is the dominant idea in the Muslim world today.

And how can violence and fundamentalism be explained by psychoanalysis?

Benslama: Since the 1980s the Muslim world has been suffering from an illness that has shaken its foundations. This crisis can be traced to the gap between tradition and modernity, a breach that people experience as a catastrophe. They lack the means to understand these changes – tradition offers them no explanations, and no one is there to mediate for them because democratic freedoms are missing in Arabic nations. Intellectuals cannot intervene, there is no freedom of expression, no one can build bridges. This gap is experienced as pain and it causes great anxiety.

So Muslims turn even more to their religion in the hopes of finding the answers there. But this turn to religion only intensifies the conflict with the modern world. This dilemma lends fundamentalism more influence, as an expression of the desire to return to an origin and escape modernity.

How exactly would you describe the conflict between the Muslim world and modernity?

Benslama: Modernity constantly causes Muslims to transgress the boundaries of their religion, for example when they see scantily clad women everywhere, on television and on billboards. The impression arises that life no longer corresponds with the dictates of their religion, believers permanently have the feeling that they are doing something forbidden. They suffer under the burden of their guilt feelings, which only grow stronger.

Does Islam offer a solution for these feelings of guilt?

Benslama: Freud calls religion a major foundation for social life because it controls impulses and governs people's responsibilities. Religion can thus serve as a driving force in society. One possible way of atoning one's guilt is to make a sacrifice. A woman who feels guilty because her body appears as a sexual provocation can wear the veil and thus sacrifice her body as an object of desire. The most extreme example is the suicide bomber who sacrifices his own life.

END_OF_DOCUMENT_TOKEN_TO_BE_REPLACED
Social media
and networks
Subscribe to our
newsletter