Skip to main content
Islam and Sharia in Africa

The role of Muslims in the slave trade, both in the middle ages and in modern times, is well known in academic circles. But the variety of Muslim ways of life in Africa goes well beyond that. An article by Andreas Eckert

​​ In his provocative book "Weltgeschichte der Sklaverei" ("World History of Slavery"), published last year, Egon Flaig describes Islam as "the greatest and most long-lived system of slavery" in history. But in so doing, Flaig, who teaches classical history at Rostock University, tends to ignore the complexity of Muslim slavery, so that he can uphold his basic thesis of a conquering Islam. With regard to Islam in Africa, at least, Flaig could have called upon a long tradition of research on the topic to put the subject better into perspective.

Among the most prominent internationally recognised German academics in the field are Roman Loimeier (University of Göttingen) and Stefan Reichmuth (University of Bochum). Their work and that of many others shows that local versions of community and society were developed on the African continent all of which may have oriented themselves on Islam, but which interpreted it in very different ways.

Variety and complexity are not just characteristic of the development of Muslim societies in the past, but are also typical of the way they present themselves today. The globalisation of Islam by no means only leads to the promotion in Africa of a radical, Islamist interpretation of the religion, but it also opens up a wide range of discussions and traditions to Muslims in this part of the world. 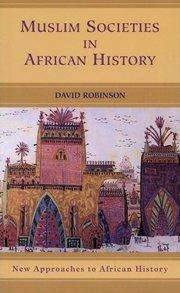 ​​ Muslims certainly played a central role in the slave trade in Africa. But it would be false to reduce them only to this function. In any case it is problematic to draw a general picture of the attitude of Muslims to the issue of denial of freedom and to the trade in human beings. All interpretations of the Sharia quite clearly forbid the enslavement of fellow-Muslims. At the same time, it was permitted to imprison and to own "unbelievers." As the slave trade increased, it made conversion to Islam increasingly attractive as a defence against enslavement, especially in areas where Muslim traders were selling slaves to Europeans or to middlemen. Occasionally, Muslim slave traders themselves were victims of the violence which was escalating in many parts of the continent, and found themselves sold to Europeans and shipped across the Atlantic.

By far the best overview, offering an introduction to Islam in Africa which is both brief and differentiated, is that by the US historian David Robinson ("Muslim Societies in African History", Cambridge University Press, New York 2004). As the Journal of African History commented, this is the book which brought historical research on Islam in Africa to maturity. 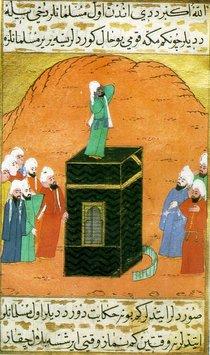 "Islamisation of Africa, Africanisation of Islam": This Persian miniature shows Bilal, an Ethiopian slave and early follower of Mohammed. His image is used in veneration of the African influence on Islam

​​ Robinson sees two overlapping processes at work: the Islamisation of Africa, and the Africanisation of Islam. But at the same time, he rejects the view of some scholars that there was a kind of essential "African Islam," which was less orthodox than the Islam of the Arab world, and which included religious practices which stemmed from African communal religious concepts. Robinson argues that most African Muslims have always seen themselves as god-fearing and correct in their practice. They've developed their own "orthodoxies."

Robinson suggests that a study of the history of these orthodoxies is important for an understanding of both the variety in the Muslim world, and its urge to unity. In addition, such orthodoxies stand for cultural traditions which, however great the difference, still have much in common with those of European societies.

Robinson's book deals with a period of no less than 1,400 years. A particularly important moment in this long history is the eighteenth century. This is when, according to Robinson, Sufism becomes a dynamic force in sub-Saharan Africa. The Sufi movement, which has followers in most parts of Africa, was introduced by sheikhs who wanted to link their organisational structures with social and spiritual issues. The practice of students giving presents to their teachers was transformed into a system of accumulation and redistribution of wealth by the movement's leader. 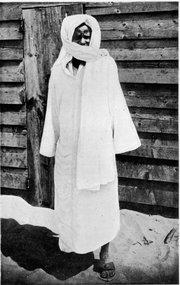 ​​ For example, Sidi al-Mukhtar al-Kunti, who reinvigorated the Sufi Qadiriyya brotherhood in the Sahara in the eighteenth century, was as much a manager of a trading company as he was a spiritual leader. Following his example, during the following decades, his brotherhood and others like it expanded throughout West Africa. Under the leadership of many Arab and Swahili sheikhs, Sufism also expanded along the East African coast.

Sufi sheikhs repeatedly mobilised their followers for the purposes of political movements and, in the late nineteenth century, many of them were among the bitterest opponents of European colonial expansion. Even earlier than that, sheikhs in the savannas of West Africa declared military jihad against African rulers and started a century of religious wars.

Many of these jihads took the form of internal revolts, in which local Muslims called into question the authority of traditional rulers. This was the case in one of the most well-known holy wars of African history: at the beginning of the nineteenth century, in which Usman dan Fodio called for resistance against the tyranny and exploitation in the Hausa states of northern Nigeria.

He won many followers, who joined him out of social discontent and fear of enslavement. At the end of the jihad, after just a few years, the Sokoto Caliphate emerged, which was to become one of the most important regimes in nineteenth-century West Africa and one of the greatest slave societies in history.

Many studies note the ironic fact that Islam actually expanded during the colonial period. During colonial rule, Sufi brotherhoods were significant vehicles for spreading the faith, and they show that Islamisation did not have to be dependent on jihad or on an Islamic state.

Past and present: Rather than exclusively foster the spread of radical interpretations of the faith, the globalisation of Islam actually opens up access to a vast number of debates and traditions. Pictured: The Great Mosque of Djenné in Mali

​​In a fascinating study of a Sufi community in French West Africa, Sean Hanretta emphasises the importance for the development of Islamic practices of the local economic context, as well as of the lively and controversial discussion as to the right way for pious people to counter social injustice ("Islam and Social Change in French West Africa. History of an Emancipatory Community", Cambridge University Press, New York 2009).

In the early twentieth century there were occasional coalitions between Muslims and the colonial state, for example, in the recruitment of soldiers for the French army in the First World War. Later Mussolini, who made himself out to be a "friend of Islam," used the disappointment of Muslims in the Horn of Africa to win support for his short-lived regime in Ethiopia. 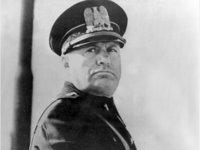 "I come as a friend": The fascist leader Benito Mussolini exploited the disillusionment of Muslims in the Horn of Africa to prop up his short-lived regime in Ethiopia

​​ At the same time, in many places, radical Muslim thinkers and activists were strongly opposed to colonial regimes and sharply criticised their more moderate fellow-believers. They called for the (re-)introduction of sharia law and firmly rejected what they saw as "Western values." This continued after independence, as one can see in Nigeria.

As Johannes Harnischfeger has shown ("Demokratisierung und islamisches Recht. Der Scharia-Konflikt in Nigeria" ["Democratisation and Islamic law: the sharia conflict in Nigeria"], Campus, Frankfurt am Main 2006), many Nigerian states reintroduced Islamic law. Sharia politicians have taken hold of the levers of power in the state and, in the name of divine commandments, set themselves above secular law. They have forced believers to adopt an orthodox lifestyle, and don't take seriously their public commitment to cultural variety.

The case of East Africa

Finally, the countries of East Africa, among them Tanzania, have come under the suspicion of producing an increasing number of radical Muslims. But why and how do people in this area convert to Islam? Felicitas Becker tries to find answers to this question in her historically wide-ranging study ("Becoming Muslim in Mainland Tanzania 1890-2000", Oxford University Press 2008).

Becker believes that people from rural areas became Muslim voluntarily during the colonial period. In many regions of Tanzania, she says, becoming Muslim had a similar significance to becoming Christian in other areas: it was an act of emancipation and brought with it a claim to join in the negotiation of local power relationships. Many Muslims saw themselves later as part of the nationalist movements of their country, although they complained bitterly at their systematic exclusion from power after independence by the first (Christian) president of Tanzania, Julius Nyerere.

The current situation in the country is marked by conflicts between various Muslim tendencies, which are also conflicts over resources, between generations and between the sexes. Becker's book makes it clear that generalised descriptions of "Islam" don't explain anything. One has to make a careful effort to differentiate and to put things into context. As far as Africa is concerned, the books which would help us to do just that are already available.

Islamic Manuscripts from Mali
From Holes in the Sand to a Digital Library
Forgotten, stolen and now rediscovered: In West African Timbuktu, families have maintained thousands of Islamic manuscripts down the centuries. Private individuals such as Abdelkader Haidara are now working to protect and digitise this African library heritage. By Charlotte Wiedemann

Mauritania's Burdon of Slavery
Breaking the Vicious Circle!
In Mauritania, one of the poorest countries in the world, a large section of the population still suffers under slavery and its consequences to this day. Mona Naggar reports on the most recent successes in the fight against this historical burden

Zanzibar Film Festival
Dealing with the Gruesome History of Slavery
Zanzibar was once one of the largest slave markets in the Indian Ocean area. Consequently, this year the Zanzibar International Film Festival's focus was on films that deal with the issue of slavery. Detlef Langer reports about the programme and the heated debates it stirred

END_OF_DOCUMENT_TOKEN_TO_BE_REPLACED
Social media
and networks
Subscribe to our
newsletter