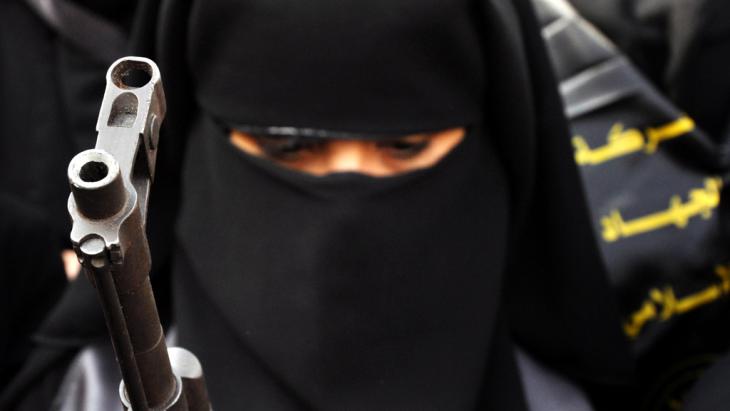 Does Islam have a violence problem? With their terror in the name of Islam, the jihadists have plunged an entire world religion into a crisis of legitimacy. Although Islamic scholarship has mechanisms at its disposal to limit the violence, these are no longer effective in this current era of globalisation. By Claudia Mende

In Paris and Brussels terrorists indiscriminately killed innocent people in the name of Islam. Their barbaric actions heap discredit upon an entire world religion. The jihadists invoke Islam and justify their killing by making reference to the Koran. This is devastating for the peaceful majority of 98 percent of the world's 1.6 billion Muslims, because it has brought their religion under the general suspicion of having a violence problem.

Critics of Islam and broad sections of the western public attest to what they say is Islam's fundamentally belligerent character. In doing so, they refer – among other things – to passages of the Koran such as suras 2:191 and 4:89, which call on the faithful to kill infidels.

But things are not quite that simple. Theologians regard it as indisputable that in its fundamental doctrine, Islam does not glorify or legitimise violence any more than the Bible.

"The Koran is not unique in containing statements that legitimise violence," says Thomas Volk, a scholar of Islam at the Konrad Adenauer Foundation. "Both Judaism and Christianity also feature such passages." The scriptures of all three monotheistic religions contain sections that perturb modern readers because they either glorify violence, include claims of superiority over the followers of other faiths, or are blatantly misogynistic. For Thomas Volk, what matters is how the texts are treated.

Reference to the problematic passages in the Koran alone also yields no explanation as to why young men in a frenzy of violence – regardless of whether in Syria, Iraq or Brussels – claim they are acting in the name of Islam. After all, the very verses that legitimise violence, which have been in the Koran or the Sunna for 1,400 years, have not led to Daesh-style terrorism in the past. So why is it happening now? 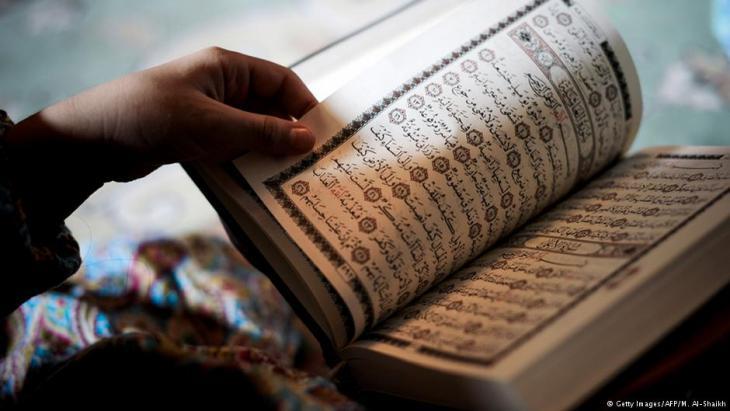 Eyed with suspicion: critics of Islam and broad sections of the western public attest to what they say is Islam's fundamentally belligerent character. In doing so, they refer among other things to passages of the Koran such as the suras 2:191 and 4:89, which call on the faithful to kill infidels

Bekim Agai, Professor of the Culture and Society of Islam at the Goethe University in Frankfurt, stresses that the Koran arose under completely different historical conditions. At that time "war, not peace was the norm between tribes, peoples and empires," he says. Religion had penetrated all areas of life, meaning that "at the time, state, society, war and peace had to be justified in religious terms."

Instructions for both war and peace

The Koran gives instructions for both war and peace. And it was up to the scholars to interpret the instructions for a particular situation. It was however clear at the time that decisions concerning legitimate and illegitimate violence were taken by the state and not by individual Muslims. "From the outset, Muslims had a very negative experience of individuals taking decisions on violence," says Bekim Agai.

There is a long tradition of debate over how the frequently contradictory statements in the Koran on peacefulness and violence should be understood, a discourse that fills entire libraries. "The Islamic tradition began very early to differentiate between the historic circumstances of the texts and the societal present," says Bekim Agai. The aim was "to give the texts a meaning in the here and now, to distinguish between legitimate and illegitimate violence. Arbitrary quotes without consideration of the context in which they arose are alien to this tradition."

In this way, contradictory statements were balanced out over the centuries, meaning that for the most part they were not misunderstood as authorising random, violent action.

Today, the political and cultural prerequisites are completely different. In our modern age, characterised by globalisation, problematic text passages are being torn from their context by extremists. The embedding in a tradition of Islamic scholarship has been largely lost in the Arab world. Jihadist attackers have been entirely decoupled from this process. Most of them are religious illiterates: their killing sprees do not result from years spent studying the Koran. 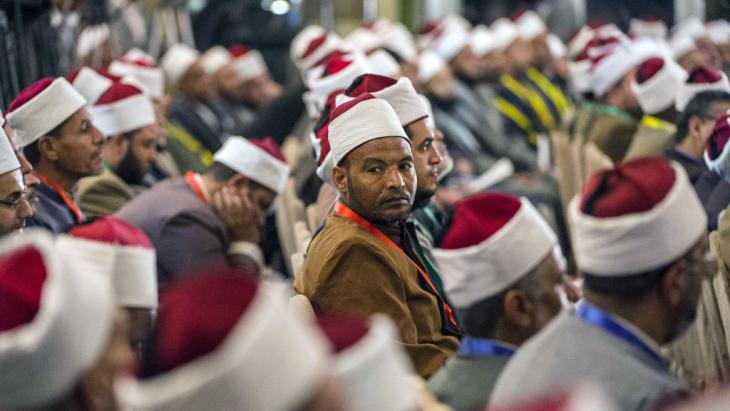 Impotent clerics: the high-ranking representatives of Sunni Islam, such as those at the Al-Azhar in Cairo, may distance themselves from terror, but they have neither the moral power nor sufficient expertise for a serious analysis of the subject of politicised Islam. Morally speaking they have disqualified themselves because they have kept silent over the failings of the political class in their countries

They stage their violence as archaic, but the phenomenon of Islamist terrorism is a modern one. According to the Frankfurt scholar of Islam, when "self-proclaimed and self-authorised jihadists" invoke the Koran, this is "a way of self-appropriating texts that have otherwise been under the guardianship of scholars and states."

And then there is also the politicisation of religion, which has taken place under the weight of huge tensions across the Arab world from Syria to Egypt, Yemen through to Morocco. The establishment of Sunni scholars has nothing substantial to counter this.

The high-ranking representatives of Sunni Islam, such as those at the Al-Azhar in Cairo, may distance themselves from terror, but they have neither the moral power nor sufficient expertise for a serious analysis of the subject of politicised Islam. Morally speaking they have disqualified themselves because they have kept silent over the failings of the political class in their countries. Theologically "the scholars of Sunni Islam do not draw sufficiently clear distinctions between their religion and its abuse by extremists," says Thomas Volk. "Only a critical handling of their own scriptural tradition could seriously alter this situation. But anyone who dares to do this is rapidly branded a heretic." Volk regards this as a huge problem.

After all it is not enough to blank problematic text passages out of one's self-perception – as do most of those Muslims for whom faith represents a guide on how to lead their lives in a peaceful and constructive manner. "Muslims should approach their holy scriptures with a critical eye," says the scholar of Islam from the Adenauer Foundation. "The purportedly unquestionable passages also require interpretation."

But the intellectual freedom needed for such work is currently lacking in the Arab world. Even within the European diaspora "an historic-cultural reading of the Koran is not yet self-evident," says Volk. Only by grappling theologically with the problematic passages in the Koran will it be possible to consistently marginalise all readings that culminate in a radical Islam.

Alaa Abd el-Fattah, arguably Egypt’s most prominent democracy activist, has just been handed another lengthy prison sentence. Despite this, a book of his writing has recently been ... END_OF_DOCUMENT_TOKEN_TO_BE_REPLACED

A prominent rights group in Egypt, the Arabic Network for Human Rights, is ending operations just as the country braces for a controversial NGO law. Is this the beginning of the ... END_OF_DOCUMENT_TOKEN_TO_BE_REPLACED

Moncef Marzouki was Tunisia's first democratically elected president after the fall of dictator Ben Ali. Today he is the most prominent critic of increasingly counter- ... END_OF_DOCUMENT_TOKEN_TO_BE_REPLACED

Asef Bayat, professor of Sociology at the University of Illinois, Urbana-Champaign, has been studying revolutions and how they affect people since 1979. In his recent book, " ... END_OF_DOCUMENT_TOKEN_TO_BE_REPLACED

Every year in December, the team at Qantara.de takes a look back at the articles that proved most popular with our readers. This year is no different. Here is a run-down of the ... END_OF_DOCUMENT_TOKEN_TO_BE_REPLACED

In this new bilingual edition, translated by Humphrey Davies, al-Jawbari, one of the thirteenth century's leading experts in skullduggery reveals all there is to know about the ... END_OF_DOCUMENT_TOKEN_TO_BE_REPLACED

Comments for this article: Self-proclaimed jihadists

Claudia Mende has honestly stripped The Supreme Islamic Council of Egypt. The Council exists like the DODO.

END_OF_DOCUMENT_TOKEN_TO_BE_REPLACED
Social media
and networks
Subscribe to our
newsletter