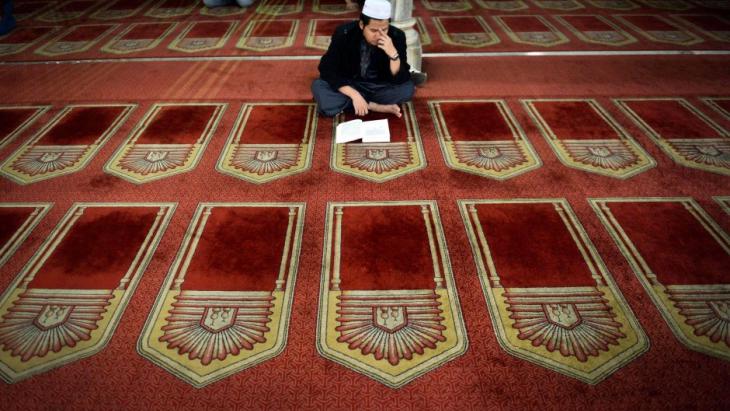 Islam and violence
There is a difference

When asked what they associate with Islam, too many Germans think of violence. The accusation that Muslims have a particular affinity with violence that is motivated by their religion is not as new as some people think, in fact it is an echo of ancient Western cliches. By Bulent Ucar

Ideas such as these are based on the assumption that from the very birth of Islam, the faith was spread with fire and the sword and that all infidels in the "Islamic sphere of influence" were forced to convert in a barbaric manner. There are numerous academic investigations that trace and refute this subject on various levels.

For years now – and on an almost daily basis – Muslims have been unscrupulously described in newspapers and talk shows as people who blow themselves up, style themselves as "Sharia police", oppress women, are intolerant of anyone with opposing views and who quite simply spread terror.

This gives rise to the impression that the overwhelming majority, or at least a large group of people from the Islamic cultural sphere function as "sleepers", ready at all times to carry out this violence themselves, or at least endorse and inwardly welcome it.

But in actual fact, empirical studies as well as official data released by the German Interior Ministry and law enforcement and intelligence agencies, show that only a small number of Muslims are affected by such radicalisation. According to this data, some 30,000 of the around four million Muslims in Germany could be described as extremist, or in other words not even one percent, while a propensity to violence is attested in "only" around 1,000 of those (refugees are not included in the data).

Dichotomy of "conservative" versus "liberal"

If some people now believe conservative-traditional Muslims can also be included in these figures, then they are mixing up the levels of fundamental religious orientation and political extremism in contravention of the constitution. The media and many political representatives often ply the dichotomy "conservative" versus "liberal", whereby representatives of the latter category are generally protected and those of the former are usually marginalised. 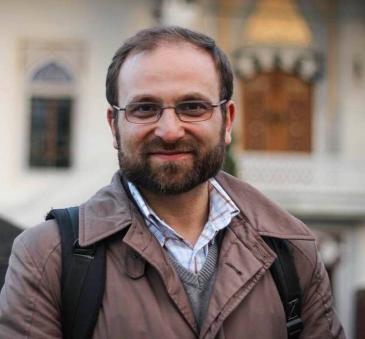 What is obscured here is that the Basic Law makes allowances for whether a person understands themselves to be liberal, conservative, progressive, social democratic, ecological or similar in political, religious or ideological matters. In other words: in Germany, to be conservative is neither prohibited nor a sin.

I make no secret of the fact that there is a correlation between particular traditional ideas and extremist convictions; but similar parallels can also be drawn with respect to reformist positions, particularly as many researchers of extremism describe most of these violent groupings as products and phenomena of the modern age.

Muslims as the biggest victims of religious violence

The problem of extremism should not be played down, especially as a single religiously motivated attack could push the mood in Germany towards right-wing populist and right-wing extremist parties – and in my view, this is precisely where one of the problems, which is usually met with silence, lies.

If responsible, enlightened voters can no longer distinguish between faithful Muslim democrats and religiously blinded Muslim extremists and as a consequence of which, all Muslims – in the public discourse at least – are tarred with the same brush, then we have a serious problem that is unsettling to many. For the numbers speak a far more alarming language here.

The biggest victims of religious extremism are the Muslims themselves: anyone who refuses to believe that should take a look at the Middle East or simply at the refugees in their vicinity.

This extremism cannot be tackled with repressive police measures, but also not with generalising, intimidating, Kulturkampf-style reporting, but instead with good integration work – or in other words with political participation, equality before the law, social recognition, inclusion in the labour market, good educational work, the active combating of discrimination and religious information campaigns.

For the latter we need Islamic communities and Islamic-theological university institutions to present genuinely religious and theological arguments if they are to represent a credible force.

Home
Print
Newsletter
More on this topic
Islam and violence: Conservative Muslims refute the violence of ISDebate about the role of Muslims in fighting Islamist terrorism: IS is not just a Muslim problemIslamic theology in Germany: Mission accomplished?
Related Topics
Criticism of Islam, Integration in Germany, International terrorism, Islamism | Political Islam, Islamophobia, Muslims in the West, Radicalisation, Right-wing populism
All Topics

Since returning to power in Afghanistan, the Taliban have steadily eroded the rights and opportunities of women and girls, particularly their access to education. But Afghans are ... END_OF_DOCUMENT_TOKEN_TO_BE_REPLACED

The book "The Invention of the Maghreb: between Africa and the Middle East" prompts us to review basic terminology. This includes terms that we use almost every day as if they are ... END_OF_DOCUMENT_TOKEN_TO_BE_REPLACED

Tunisia has been going through a severe economic and political crisis in recent years. More than one in three young people there are unemployed. For many skilled, qualified and ... END_OF_DOCUMENT_TOKEN_TO_BE_REPLACED

At the end of every year, the team at Qantara.de gives you a run-down of the ten most-read articles on the site over the past 12 months. Here is a quick overview of the stories ... END_OF_DOCUMENT_TOKEN_TO_BE_REPLACED

The government in the Netherlands, one of the last European nations to abolish slavery, has made an historic apology. But some feel that there is still a long way to go. By Ella ... END_OF_DOCUMENT_TOKEN_TO_BE_REPLACED

To celebrate the bicentenary of the deciphering of the Rosetta Stone, the British Museum is running an exhibition entitled "Hieroglyphs: unlocking ancient Egypt" until February ... END_OF_DOCUMENT_TOKEN_TO_BE_REPLACED
Author:
Bülent Ucar
Date:
Mail:
Send via mail

END_OF_DOCUMENT_TOKEN_TO_BE_REPLACED
Social media
and networks
Subscribe to our
newsletter