The Jewish-Christian Tradition Is an Invention

There is only one main opponent on the current battleground – Islam. It is therefore necessary that Jewish intellectuals and Muslims in Germany engage in a new relationship, writes the philosopher Almut Sh. Bruckstein Coruh in her essay 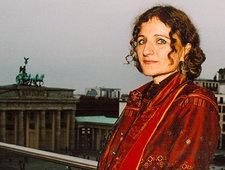 Blind to history – according to Almut Shulamit Bruckstein Coruh, "there never was a Jewish-Christian tradition, it is an invention of European modernity and a myth held dear by traumatized Germans"

​​Every day in Germany, one hears talk of the Jewish-Christian tradition in the West. Usually, it is meant in the context of defending our system of the rule of law and the constitution, the liberal values of our society, and even "gender equality and the freedom of artistic expression, opinion, and religion". On this battleground, there is one main opponent – Islam. And it doesn't appear that any hyphen will come to our aid.

Islam is often reflexively equated with religion – one that cannot deny its "militant Arab" origins. It supposedly consists of Sharia and the Koran, explain the experts, TV presenters, educators, politicians, and journalists, all the while invoking the Jewish-Christian tradition.

They all unashamedly tinker around with concepts from a literary tradition that is foreign to them, and which, just as the rabbinical tradition, embraces a whole world of casuistic judgements. In all this, one thing prevails – a threatening, didactic tone of unambiguity: This is what it says in the Koran, Islam says this, that is what the Sharia commands.

Around 2001, the author Navid Kermani and I initiated a multi-year project in Berlin on the interwoven traditions of European, Jewish, Arab, Islamic, and Persian literature.

Together with a group of Jewish and Islamic scholars, we wanted to show how complex, inspiring, and ambiguous Jewish and Arab traditions are and how necessary it is to differentiate between religious tradition and socio-political reality. The public discussion, by contrast, always seems to focus on terrorism, honour killing, the headscarf, and the Koran. And, of course, the imminent capitulation of "our culture."

More than a century ago, a similar process was conducted against the Talmud, in which the whole of rabbinical Judaism was denounced. 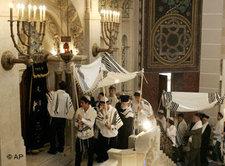 "We need to renew the relationship between Jewish intellectuals and Muslims in this country. It is once again time to profess our beliefs. Wherever Muslims are treated as outsiders, we are too," says Bruckstein Coruh

​​Countering the unambiguousness of public allegations at the time, Jewish philosophers found a surprisingly clear response in Arabic language sources from the 13th century: Those conducting the debate "explain nothing, never touching upon anything deep in the matter, and their actions are far removed from a scholarly basis. They don't even have but a spark of the human ability to think things through independently, and thereby even ignore the interpretations of learned thinkers and read traditional texts according to their own limited understanding."

And should the critics assume the role of protectors of the enlightenment in order to cast the traditions of others in disrepute, then they are "even greater idiots than the naïve pious folk, and even greater windbags, blurting out their prattle with huge influence among the intelligentsia and causing immense damage."

The mistake in separating the Jewish from the Arab

The author of these caustic words was the Judeo-Arab philosopher Moses Maimonides (1135–1204). He is regarded as the greatest of the rabbinical scholars. He belonged to the Arabic-speaking Jewish community in the Maghreb and his philosophical work is part of the Arab enlightenment. For Maimonides, the rabbinical and the Islamic are, in many respects, closely interwoven. 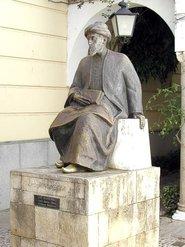 "Oh, if only Maimonides had known!" Bruckstein Coruh criticises the attempt to "separate the Jewish from the Arab or to classify the Jewish tradition within a Jewish-Christian history" as being blind to history

As did his esteemed philosophical predecessor, Derrida found clear words to express his views on this post-traumatic Protestant construction of a Jewish-Christian Western civilization. In the middle of Jerusalem, in the middle of a war, he said, "Oh, if only Maimonides had known!" Derrida similarly viewed this attempt to harness the whole of Jewish tradition to this fantastical gallop through Jewish-Christian-Western history as an absurd construction!

Ignorant and oblivious to history

Didn't Henryk M. Broder just recently remind us of the fact, certainly unpleasant, though true, that the hyphen in "Jewish-Christian" history primarily refers to a history of religious wars, oppression, anti-Semitism, and violence, not to mention the Shoah?

Derrida's question has us feeling the phantom pain of the loss of Jewish-Arab alliances. "If only Maimonides had known that one day he and the whole of Jewish tradition would be recruited for this strange conflict and that, without his knowledge, he would be signatory to an agreement with post-Lutheran Germany, would his soul be able to rest in peace?"

One gasps for air when confronted with so much ignorance of history. It is spine-chilling to observe the degree of emotionalism displayed by the self-appointed representatives of the Jewish-Christian Western civilization in holding up the European enlightenment as proof of their spiritual and moral superiority over their Muslim contemporaries, regardless of their nationality or cultural heritage. The ice here still remains thin after the passage of just seventy years.

No, there was never any Jewish-Christian tradition. It is an invention of European modernity and a myth held dear by traumatized Germans. "Jewish-Christian" is a construction characterized by the notion of the dawn of progress, which reached its pinnacle in the reformation and the French Revolution. 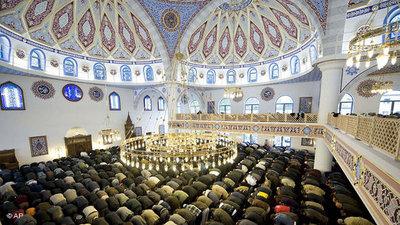 The German debate on integration is comparable to a "battleground upon which there is one main opponent – Islam. And it doesn't appear that any hyphen will come to our aid," writes Bruckstein Coruh on the discussion taking place in Germany

Rarely is any public evidence given for the obvious common ground between these two traditions. One such case was when the whole of Germany was up in arms over comments made by Navid Kermani about the cross. The reaction by supporters like Micha Brumlik was to eventually, though quietly, point out that for many Jews, every form of crucifixion theology remains, how should one put it, blasphemy.

During those periods of history when Germany was home to Jewish scholarship, which was unique in its cosmopolitan and critical spirit, while being closely akin to the classical Jewish-Arab tradition in its essence, Jewish scholars knew about the close relationship between Jews and Muslims. 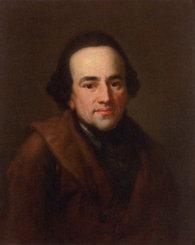 In his work on political enlightenment, "Jerusalem" (1789), the Jewish scholar Moses Mendelssohn continued to employ arguments from the Arab enlightenment tradition. Porträt by Anton Graff, 1771

​​Up until the early 1930s, Jewish scholars turned to thinkers from the Arab enlightenment in support of their defence of the tradition of universal reason and their critique of Christology.

Hardly anyone recalls Moses Mendelssohn's work on political enlightenment, "Jerusalem" (1789), especially where his views diverge from Kant and instead employed arguments from the Arab enlightenment tradition. We should recall that in the 19th century, it was the Jews and their traditions that stood under suspicion of resistance to integration, divided loyalties, primitive spiritualism, and a pathological distancing from their German fellow citizens.

Nowadays, while caricaturists who draw a bomb in the turban of the Prophet can look forward to receiving awards, in 1888, the Marburg District Court heard charges against a secondary school teacher, who, in 1886, similarly set off an explosive debate aimed at the heart of the rabbinical tradition. 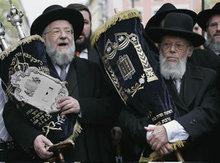 "Only after the Shoah did a Jewish-Christian dialogue begin in Germany," says Bruckstein Coruh. Pictured: Rabbis in Munich, Germany

​​This was a time of debate on Jewish parallel societies and on the irreconcilability of the Halakha, the collective body of Jewish religious law, with the values of the German majority society – a debate that was stirred up by the anti-Semitism conflict in Berlin. It was then that the teacher made the claim that the Talmud permitted Jews to behave immorally with respect to non-Jews.

Even the most assimilated of Jewish intellectuals of the day understood "that it is time that we once again profess our adherence to the faith." The Jewish neo-Kantian Hermann Cohen assumed the role of defending Talmudic Judaism in the case. In the end, the teacher was sentenced to 14 days in prison. We know today that this court case could not stop the violent exclusion, murder, and manslaughter that eventually took place.

"Wherever Muslims are treated as outsiders, we are too"

The fronts have changed. What do we read in the papers today? "Islam is a form of militant monotheism, which cannot deny its origins in a society of warring Arab nomads" and that "six million Muslims in Germany pose problems with respect to assimilation and integration".

In times like these, in which Muslim traditions stand under a cloud of suspicion, we need to renew the relationship between Jewish intellectuals and Muslims in this country. It is once again time to profess our beliefs. Wherever Muslims are treated as outsiders, we are too.

Almut Shulamit Bruckstein Coruh is a Fellow at the Käte Hamburger Kolleg in Bonn and Professor of Jewish Philosophy. She has published numerous works both in Germany and abroad. In 2009, she curated the exhibition "Taswir – Pictorial Mappings of Islam and Modernity" at the Martin-Gropius-Bau museum in Berlin.

END_OF_DOCUMENT_TOKEN_TO_BE_REPLACED
Social media
and networks
Subscribe to our
newsletter