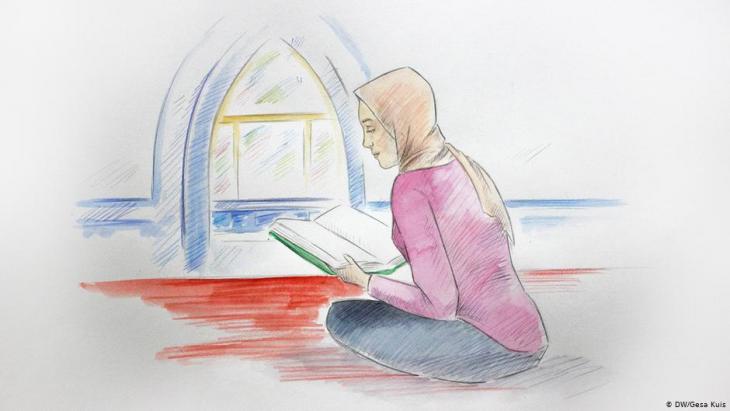 Elke Muller is fighting for her daughter Anna, who fell in love with a young Afghan and converted to Islam. The mother spoke to Esther Felden about feeling alienated and her fear that Anna might become radicalised

The day that Elke Muller dreads so much is not long off — the day her daughter Anna turns eighteen. "When she is of age, I can no longer legally hold her back." And then, she fears, Anna will marry her first true love, Abdul. If this were to happen, Elke believes she could lose her daughter.

Anna doesn't know that her mother has talked to the press, nor does her mother want her to find out: she's afraid that Anna might resent her decision to speak out. That is why she chose not to use her real name. Still, she was determined to tell her daughter's story in order to encourage other parents in a similar situation to seek help.

This story is based solely on Elke Muller's account.

She showed photos of Anna: Anna as a child, with long hair, laughing. In a more recent picture, taken for Anna's identity card, the teenager has a stern and serious expression, her hair hidden beneath a headscarf.

Elke Muller lives with Anna and her older daughter in a city in the western German state of North Rhine-Westphalia (NRW). She separated from the girls' father when Anna was still in kindergarten. Anna grew up Protestant, but the family did not attend church regularly. Her mother recalled that as a child, however, Anna always liked to attend church festivals.

When Anna was 14 years old, she met Abdul, an Afghan boy, whom her mother describes as a good-looking teenager with big brown eyes. He had arrived in Germany a few months earlier, in the fall of 2015.

He was one of more than 7,500 unaccompanied minors who, according to the Federal Office for Migration and Refugees (BAMF), fled Afghanistan that year to resettle in Germany.

Pashto is Abdul's native language and at the time when he met Anna he knew very little German. He had no school-leaving certificate. He applied for asylum, but his request was rejected. Ever since, his legal status has been precarious. As he is now 19 and no longer a minor, he could be deported at any time. 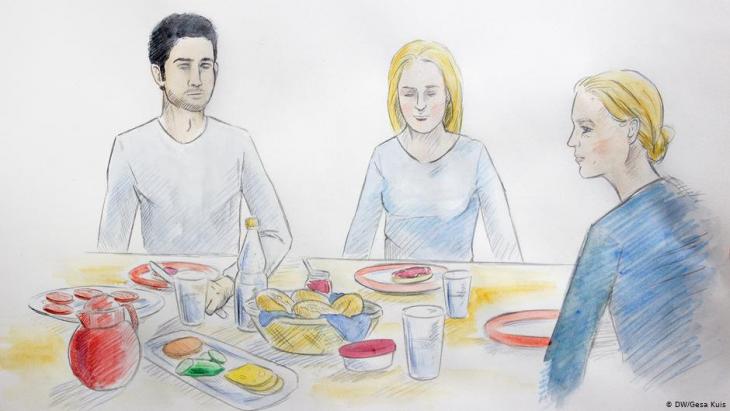 On borrowed time: Abdul arrived in Germany in the autumn of 2015. He was one of more than 7,500 unaccompanied minors who fled Afghanistan that year to resettle in Germany. When Abdul met Anna he knew very little German and had no school-leaving certificate. His application for asylum was rejected. Ever since, his legal status has been precarious. As he is now 19 and no longer a minor, he could be deported at any time

Elke Muller says she felt sorry for Abdul. "I even developed quite motherly feelings towards him." She says she made an effort to show her daughter's new boyfriend that he was welcome and on several occasions invited him to the family home.

Right from the start, Anna was totally enchanted by Abdul, Elke recalls. The mother, on the other hand, soon felt uneasy about the relationship. She noticed changes in Anna that worried her. Anna began to wear a headscarf and pray. "I asked Abdul about it," Anna's mother says. "He said she did it voluntarily and that he never asked her to do it."

At the age of 15, Anna told her mother that she had converted to Islam. At that time, she had been dating Abdul for around nine months. Anna felt the urge to learn as much as possible about her new religion, as quickly as possible, her mother said. She started trawling the Internet. Her mother recalls "strange websites" of self-styled Salafist preachers.

Germany’s electorate includes some 7.4 million citizens with international roots, while many more millions of residents from abroad aren’t allowed to vote. Both groups are often ... END_OF_DOCUMENT_TOKEN_TO_BE_REPLACED

International relations are shifting across the Middle East as regional powers adapt to America's retrenchment and China's growing influence. Although the region could become the ... END_OF_DOCUMENT_TOKEN_TO_BE_REPLACED

A deluge of books, movies, series and cover stories: ever since the events of 9/11, the West has seemed almost manically preoccupied with Islam. Yet this has rarely led to deeper ... END_OF_DOCUMENT_TOKEN_TO_BE_REPLACED

Despite their promises of "moderate" rule, the Taliban have announced the end of mixed classes in universities and a ban on sports for Afghan women. Many are taking the streets to ... END_OF_DOCUMENT_TOKEN_TO_BE_REPLACED

Twenty years after 9/11, the world is faced with the dual challenge of Islamophobia and anti-Westernism. Ahmet Kuru argues that Muslims in the West, well versed in both Western ... END_OF_DOCUMENT_TOKEN_TO_BE_REPLACED
Author:
Esther Felden
Date:
Mail:
Send via mail

END_OF_DOCUMENT_TOKEN_TO_BE_REPLACED
Social media
and networks
Subscribe to our
newsletter