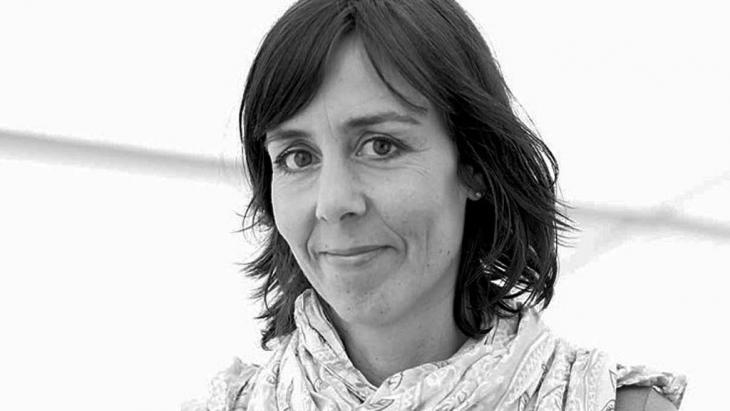 What are our values and how can we communicate them to the refugees? Markus Mayr interviews the Islam scholar Schirin Amir-Moazami

Ms Amir-Moazami, there have been many contradictory statements about whether Islam has a place in Germany or not. What do you think?

Schirin Amir-Moazami: I think that this is the wrong question. Asking whether or not Islam is a part of Germany rejects Islam as a foreign body from the start. Even if we argue sympathetically and say that Islam is a part of Germany, this kind of welcoming avowal as a gesture of hospitality is bound to the old-fashioned notion that immigrants are guests who are to be welcomed, but at the same time are not to overstep the legitimate boundaries of hospitality. In addition, we have no idea what is meant by "Islam" in this question. Therefore, the question itself already misses the mark.

Then let us go one step further. Leading AfD (Alternative for Germany) cadres constantly repeat that Islam is "in conflict with the democratic values of a free society", in other words, that it is in a clinch with the often-invoked "dominant culture". Is that so? Are there interpretations of this religion that might be at odds with the German Constitution?

Amir-Moazami: Here, too, the problem is how we define things. The values and norms of the Constitution are not decided now and forever. They do change and are argued over fiercely and always have been. Were we to ask those "biological Germans", the members of AfD and the like, just what it is they imagine their oft-cited "dominant culture" consists of, each of them would come up with an entirely different answer.

Let's assume we have a sufficient definition. Are there people who fundamentally do not accept these values?

Amir-Moazami: Yes, there are many. And they include right-wing extremist movements as well as Islamist ones. These are movements from very different camps that are not necessarily associated with Islam. The unilateral focus on Muslims has, in my opinion, the effect of excluding diversity from the discussion – even the diversity of radicalising mechanisms. I'm definitely sceptical when this value system is invoked as something uniform and unchanging.

Let us interpret this value system the way your colleague Bassam Tibi has defined it. He defines this "dominant culture" by virtue of its democracy, human rights and secularism. Is that enough?

Amir-Moazami: Not really. Terms like democracy and human rights are empty signifiers – hollow words, if you will. They need to be filled with meaning and that requires exchange with all the different groups within a society, including Muslims. However, when these hollow words are filled, it becomes apparent that different people fill them very differently.

Furthermore, I find Bassam Tibi's emphasis on secularism highly problematic. If we look at the example set by France, I'm not sure if that is the role model we should be aspiring to here in Germany. The religious neutrality of the state has never worked in practice over there. 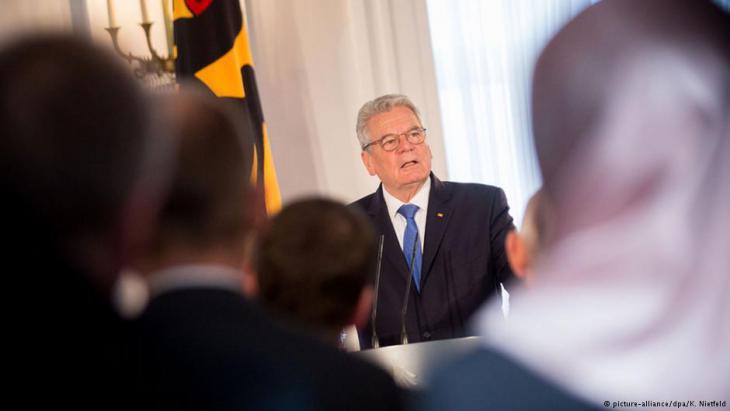 Conflict does not equal failed integration: "on the contrary, constructive criticism revitalises society. The more often problems are addressed, the more harmonious life in the wider community becomes.″ A society that welcomes immigrants will therefore necessarily be a society based on negotiation. As Joachim Gauck, President of Germany, has said, ″populists and racists″ must not be allowed to get the upper hand

You said that once before in a previous interview, pointing out that, although in this model the state is supposed to be free of religion, politics will still continue to regulate religion. The AfD is now calling for something very similar: the prohibition of full Muslim face veils and the closure of Koran schools. You have been engaging with this issue for years. Is this proposal even worth a commentary anymore?

Amir-Moazami: This proposal is alarming and it stigmatises a whole section of the population. These demands are not only hostile to Islam, they are also obviously racist. However, it must also be said that the AfD is not the only party that has advocated banning Islamic symbols from the public sphere. The CDU has also made several attempts to do so.

But the AfD is currently the grotesque face of the public, so to speak. At the same time, we also know that quite a few people secretly or even quite openly share very similar aversions in this country, albeit in a somewhat milder form. That′s the frightening thing.

The "grotesque face of the public" has made inroads into large sections of the population with its ideas. Actual exclusion of others is happening or is not far off. Several different groups warn that parallel societies will emerge if integration should fail. What do you think?

Amir-Moazami: The term "parallel society" has been called into question many times and rightly so. Because it assumes that there is a unified unmarked whole and, beside it, obvious ″others″. I think that is problematic in itself, because if we take a closer look, our society is already full of different parallel societies, made up of people not only of Muslim descent.  Even so, the term "parallel society" in this country is always immediately associated with cultural, religious or ethnic differentiation.

The German Federal Government has recently decided on an integration law that is soon to be adopted. Does this boil down to the idea that those immigrating to Germany will be required to assimilate rather than integrate?

Amir-Moazami: There are two sides to this law. On the one hand, it shows goodwill on the part of the government, offering new arrivals – and by this I mean not only Muslims but refugees in general – a place in this country, accommodating them on a permanent basis. This seems to be an important gesture right now.

On the other hand, there have always been two sides to the government's integration policy. The idea of assimilation is ever-present, even if this is not the term that is officially used. For example, this new law once again revives the idea of a "dominant culture". When people speak of a "dominant culture", I would like to know which culture they are seeking to re-establish – in the face of softened borders, global migration and cultural interweaving. 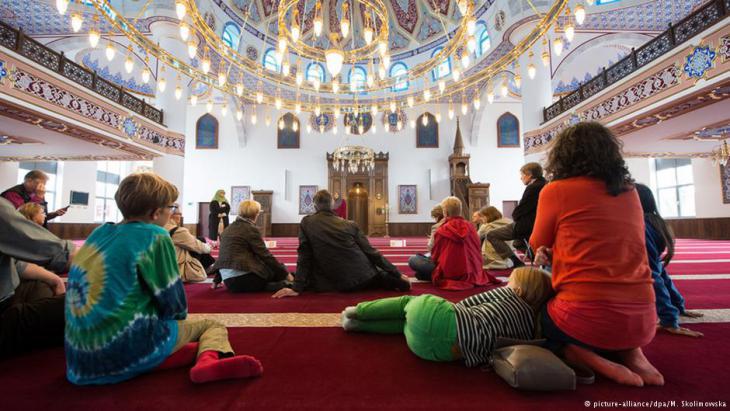 In defence of an open society: ″despite the heated political climate we are currently witnessing, I can see signs of hope. I believe many people in Germany are committed to opposing this toxicity by speaking their minds and exposing it as such,″ says Professor Schirin Amir-Moazami

Amir-Moazami: There is more than one version of Euro-Islam. Bassam Tibi is only the most vocal and widely accepted proponent of the concept as you have formulated it. He has therefore also been quite strict in his classification of good and bad Muslims. So-called "enlightened" Muslims, like him, for example – and this is a quality he has always readily attributed to himself – fall into the category of good Muslims and those who organise and wear their religious beliefs on their sleeve are the bad guys.

This formula, however, completely ignores the reality of the situation. Islam has been visible for a long time. Muslims are visible here. Their religiosity cannot be made private and disappear from the public eye. It is paradoxical to say: speak as Muslims, but become invisible, or as we would like you to be. However, this is part and parcel of Tibi's concept of Euro-Islam.

In addition, there are visions put forward by other Islamic thinkers who consider the relationship between Europe and Islam to be much more closely intertwined, dynamic and interactive. One example is Tariq Ramadan, who is not courted by political authorities in Europe to the same degree, however, because he also abides by Islamic traditions of discourse.

What is your take on this: will the integration of hundreds of thousands of Muslims into Germany work?

Amir-Moazami: If by that you mean the refugees, maybe we should put the religious aspect on one side. Turning the refugee issue into another Muslim issue is not going to help. Many things are being handled incorrectly right now.

What we should be discussing is how these people can start making a living here. At the moment whether these refugees are Muslims or what form of Islam they adhere to in their daily lives is immaterial. There are still no clear answers to those questions. We can't even be sure yet how many people want to stay here and will do so.

Will the AfD's anti-Islam course be successful?

Amir-Moazami: Despite the heated political climate we are currently witnessing, I can see signs of hope. I believe many people in Germany are committed to opposing this toxicity by speaking their minds and exposing it as such.

Schirin Amir-Moazami is a professor at the Institute of Islamic Studies at the Freie Universitat Berlin.  Religious politics and the Islamic movement in Europe are among her fields of research.

Home
Print
Newsletter
More on this topic
Interview with Navid Kermani: Solidarity, liberty, opennessAfD and its historical antecedents: Whose struggle is it anyway?Interview with migration researcher Naika Foroutan: "We need a debate about ourselves"
Related Topics
AfD | Alternative for Germany, Dialogue of Religions, European Islam, Human rights, Integration in Germany, Islam and democracy, Islam in Germany, Refugees, Right-wing populism, Rule of law
All Topics

In "Iran. Die Freiheit ist weiblich", journalist Golineh Atai describes the dogged resistance of courageous Iranian women against the Islamic Republic and the mullahs who have ... END_OF_DOCUMENT_TOKEN_TO_BE_REPLACED

One year ago the Taliban returned to power, seizing Kabul; the U.S. and its allies made a panicked exit from the country. Of all the books written on the subject, four stand out ... END_OF_DOCUMENT_TOKEN_TO_BE_REPLACED

Unflattering terms were used at a German Football Association human rights congress aimed at "intensifying the discussion" ahead of the World Cup. One speaker in particular made ... END_OF_DOCUMENT_TOKEN_TO_BE_REPLACED

Egyptian authorities have Mada Masr in their sights once again after critical reporting. But the editor of the country's last independent news source is adamant they will continue ... END_OF_DOCUMENT_TOKEN_TO_BE_REPLACED

Like Christianity, Europe's history is one of migration. Both have strong roots in the Orient and in cultures thousands of years old. Cultural historian Bernhard Braun invites us ... END_OF_DOCUMENT_TOKEN_TO_BE_REPLACED
Author:
Markus Mayr
Date:
Mail:
Send via mail

END_OF_DOCUMENT_TOKEN_TO_BE_REPLACED
Social media
and networks
Subscribe to our
newsletter