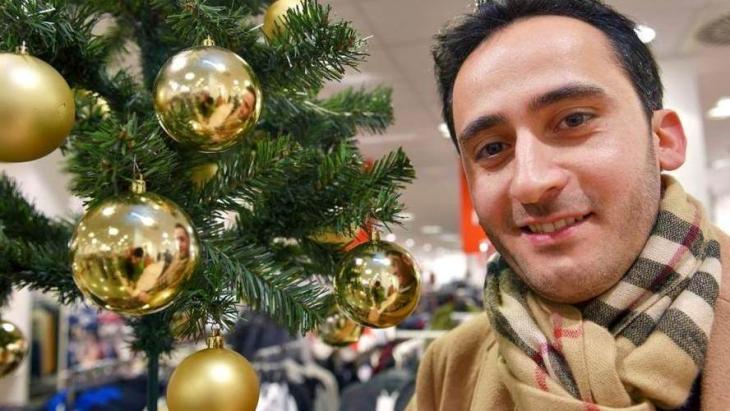 Islam in Germany
Some Muslims do indeed celebrate Christmas

As a Muslim I like to go to Christmas markets, eat Stollen and as a child I even got presents. Surprised? That's not the half of it. By Said Rezek

Muslims shy away from Christmas markets as the devil shies away from holy water, so the common prejudice. Some even think that Muslims in Germany would like to rename Christmas markets winter markets or even ban them. Apart from the fact that I don't know any Muslims who have ever made such a demand, it would make me very sad.

Every year I walk through the stalls in the different cities, be it Essen, Cologne, Aachen or Munster. My wife is often on the lookout for decorations and handicrafts, while I take a closer look at the tea assortment. As Muslims, of course, we donʹt indulge in mulled wine, but we both especially like the beautiful lighting, the deliciously aromatic smells and the uniquely festive mood you encounter at Christmas markets.

Gifts for Christmas and the feasts of Eid

Being a recognisable Muslim, however, not everything is great at the Christmas markets. My wife wears a headscarf and sometimes we get quite unpleasant looks. We can only guess what is going on in the minds of these people. You may be surprised to see Muslims strolling between the stalls. Yet we have many Muslim friends and acquaintances who like to go to Christmas markets.

My first Christmas memories date back to my childhood. My parents, who are also practicing Muslims, gave Christmas presents to me and my siblings. They knew about the customs in Germany and did not want us to feel disadvantaged when surrounded by our Christian classmates. IN fact, the opposite was the case, because in the end we also received presents at the Muslim festivals of Eid ul-Fitr and Eid ul-Adha.

I have vague recollections of taking part in the nativity play in primary school. I can clearly remember though how proud of me my parents were. The performance took place in a church and they sat in the front row. 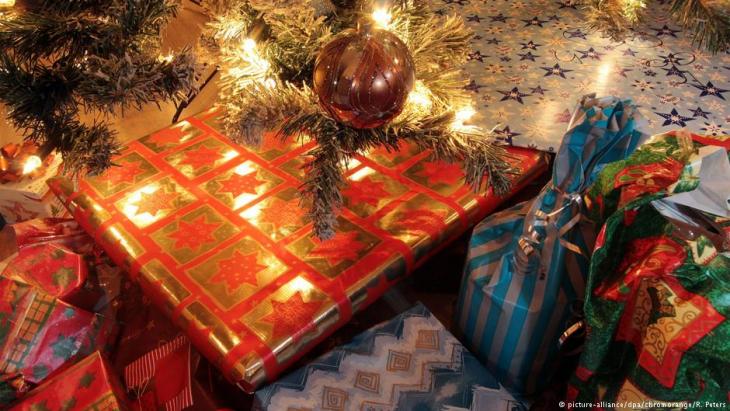 A tradition that is very much alive: "O Tannenbaum" and "Kling, Gloeckchen", not to mention "Stille Nacht, heilige Nacht". Even though I do not associate any religious feelings with the texts, they conveyed a sense of security to me as a child. In my opinion, these carols are part of the general knowledge that everyone should master, regardless of whether they are Christian or not

We also sang various Christmas carols in primary, some of which I can still recite today: "O Tannenbaum" and "Kling, Gloeckchen", not to mention "Stille Nacht, heilige Nacht". Even though I do not associate any religious feelings with the texts, they conveyed a sense of security to me as a child. In my opinion, these carols are part of the general knowledge that everyone should master, regardless of whether they are Christian or not.

Jesus' birth in the Koran and the Bible

What many non-Muslims don't know: Jesus' birth is described in detail in the Koran. The main difference between Christians and Muslims is that Jesus is a prophet in Islam – and not the Son of God, as it is written in the Bible.

And how could I forget the Secret Santa in school? Exciting was not only what gift was in the bag. It was at least as exciting which classmate gave you the gift.

By the way, Christmas memories didn't stop at our front door. At the request of my brother, who was a true Christmas fan, our parents even set up a Christmas tree at home, which we lovingly decorated.

Some Muslims will certainly shake their heads when reading these lines, or even describe this action as un-Islamic. It is indeed the case, according to a reading of Islam, that rites of other religions must not be imitated. But statements of the Prophet and verses from the Koran must be placed in the context of time and place.

As a Muslim in Germany in the 21st century, life is of course different than in the early seventh century in Mecca or Medina, when the Koran was revealed. And to make children happy was, then as now, a matter of course.

These days I'm a father myself and I like to mark the festive season of Christmas. My wife and I will give presents to our daughter and spend the Christmas holidays together.

This year my wife has decorated the flat a little with fir cones. What could be nicer than eating delicious Christmas biscuits or Stollen with your family? With this in mind, I would like to wish everyone a Merry Christmas.

Award-winning poet Dincer Gucyeter’s debut novel is a tour de force through the German reality he experienced as an artist and son of Turkish immigrants, written with an unsparing ... END_OF_DOCUMENT_TOKEN_TO_BE_REPLACED

Sudanese protesters have been calling for the removal of German diplomat Volker Perthes from the UN mission to the country. Despite the fractious nature of post-dictatorship ... END_OF_DOCUMENT_TOKEN_TO_BE_REPLACED

We are in favour of human rights. But One Love armbands are self-righteous and ignore some fundamental issues. Stefan Buchen examines the debate surrounding the World Cup in Qatar END_OF_DOCUMENT_TOKEN_TO_BE_REPLACED

Education for girls and women is still possible in Afghanistan, says Reinhard Eroes of the Kinderhilfe Afghanistan initiative. In interview with Elisa Rheinheimer, he talks about ... END_OF_DOCUMENT_TOKEN_TO_BE_REPLACED

In Doha, Arabs from Morocco, Tunisia, Egypt and Algeria are gathering to celebrate the first ever FIFA World Cup to be held on Arab soil. The criticism from Europe? Over the top, ... END_OF_DOCUMENT_TOKEN_TO_BE_REPLACED

Canan Topcu came from Turkey to Germany as a child. In her essay, she describes how bothered she was by the racism she encountered in her country of origin when she travelled ... END_OF_DOCUMENT_TOKEN_TO_BE_REPLACED
Author:
Said Rezek
Date:
Mail:
Send via mail

END_OF_DOCUMENT_TOKEN_TO_BE_REPLACED
Social media
and networks
Subscribe to our
newsletter